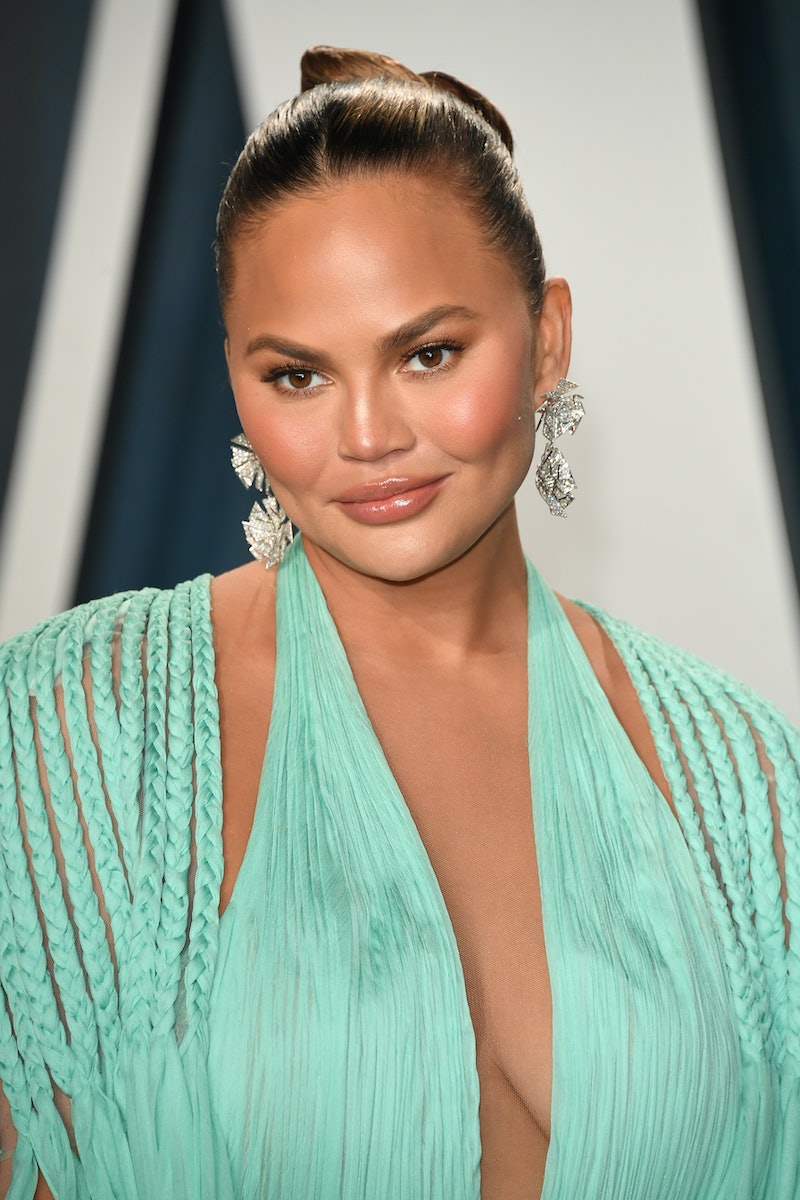 Explaining why she hasn't been as active on Twitter as usual, Chrissy Teigen opened up about experiencing "grief depression" on Wednesday, Nov. 25. "I'm not tweeting much because I’m honestly in a bit of a grief depression hole," she wrote to her 13.4 million followers on the social media platform, "but do not worry as I have so much help around me to get better and I’ll be fixed soon."

True to form, she also added a bit of levity to the heavy subject, joking that "they’ll call when im better and ready for pickup and u can swing by and grab me ok?"

After one follower commented that her use of the word "fixed" seemed "a bit condescending," Teigen replied that she is "in a very dark bubble" and didn't mean to offend anybody. She added that she feels "broken," and that she's doing the best she can to convey her experience.

The Cravings cookbook author, who shares children Luna, 4, and Miles, 2, with husband John Legend, revealed in September that she'd suffered the miscarriage of a son they named Jack, in her second trimester. Nearly two months after sharing the news, she told People that she was seeking mental health care. "You learn how to cope with it. I am very proud to say that there's multiple different therapies I'm using to hopefully become the same person that I was, and I'm okay with that," she shared with the magazine. "I'm okay with allowing myself to have bad days and good days."

Teigen and Legend also had a candid discussion about the emotional toll the loss had on them, during a joint Nov. 24 Good Morning America appearance. The Lip Sync Battle co-host explained she's given herself "permission to feel complete and utter grief," and that "every day is so different," as it relates to how she's coping. "So when people ask me how I'm doing I always say I'm OK — today," Teigen said, noting she's received "thousands of letters" of support, which she called "so beautiful, so incredible."

She'd previously taken a social media hiatus while mourning the loss of Jack, before returning with a Medium essay that provided a raw look at her grief on Oct. 27. "People say an experience like this creates a hole in your heart," she wrote. "A hole was certainly made, but it was filled with the love of something I loved so much. It doesn’t feel empty, this space. It feels full."