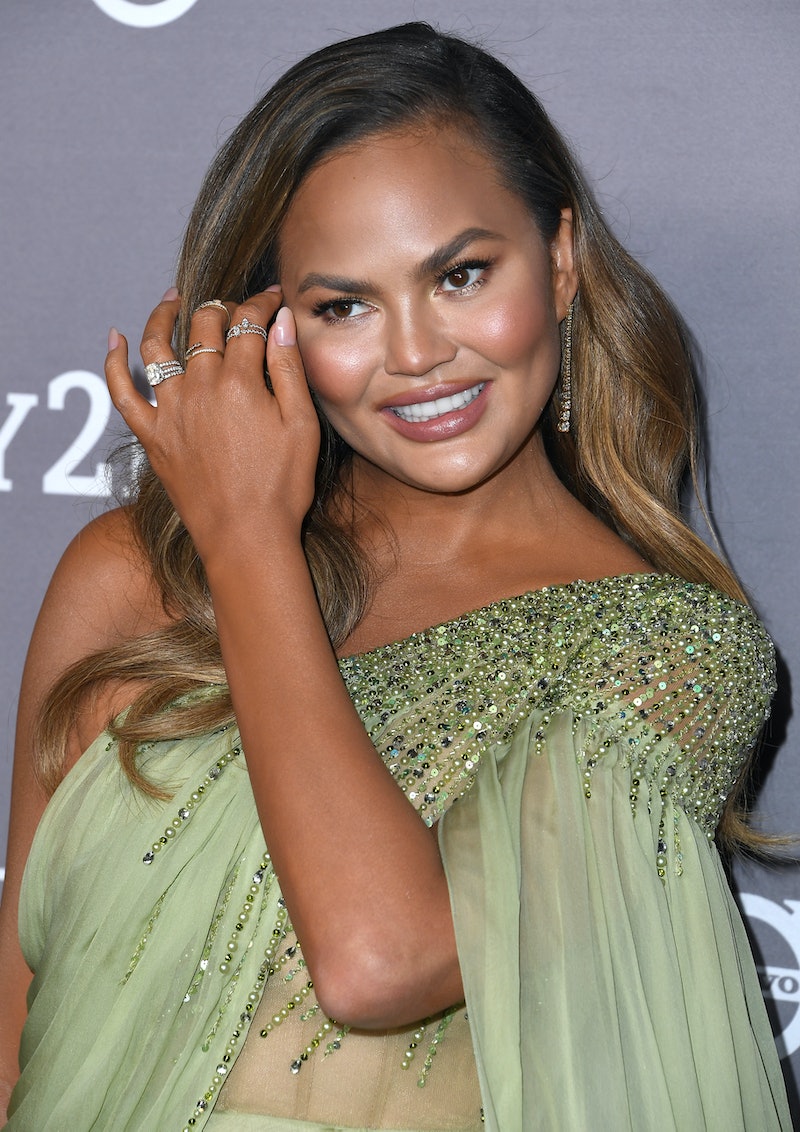 Sometimes body piercings don't go as originally planned — just take Chrissy Teigen's word for it. The model is currently on vacation in St. Barts with her family and took to Twitter on Monday, Dec. 28, to reveal that she decided to get her nose pierced. However, something went wrong, and Teigen said she came away from the experience with no piercing at all.

"So I did this today and it immediately fell out and healed the second she left because she did it wrong," the Cravings cookbook author tweeted alongside a photo of her very temporary stud. "Like how do you do it wrong?" she continued in another tweet. "It's a hole, through the nose. It's like jerry seinfeld's bobsledding joke. It's impossible to do wrong."

As per usual, Teigen's tweets about her piercing garnered a response not just from fans, but from internet trolls as well. "It's out and healed you don't have to keep being assh*les thanks I'll do it better next time for you I promise!!" she wrote in a separate tweet. "U sweet little angels never cease to surprise me."

For the most part, it doesn't seem like Teigen is letting haters on social media ruin her trip. The mother of Luna, 4, and Miles, 2, has been posting about their tropical vacation on Instagram all week, sharing everything from photos of her basking in the sun to clips of her dancing on a yacht. The family is also celebrating John Legend's 42nd birthday with — wait for it — 6th-grade math trivia. "For John's birthday, we created the ultimate math-off competition," Teigen said on her Instagram Stories before panning to her husband dressed as a nerd.

Teigen, for her part, wasn't quite as interested in solving equations as she was in getting another piercing. And even though it didn't work out, her decision to get a diamond stud hardly came as a surprise to her loyal Twitter followers. As it turns out, she's been contemplating the piercing for a while. "Am I too old for a diamond in my nose?" she wrote on Twitter this past July. "You don't have to tell me I'm not old! I know I'm not olllllld but you know what I'm saying. Please be honest lol."

Clearly, it took Teigen several months to make up her mind. And with one failed nose-piercing attempt behind her already, it's unclear whether she'll have it re-pierced or give up this dream for good.