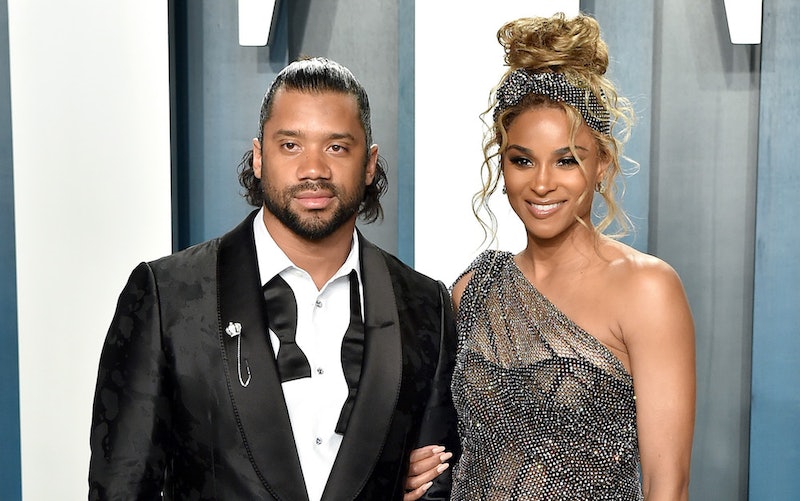 Ciara and Russell Wilson are now a family of five. Ciara and Wilson welcomed a baby boy on July 23, and his name is already a major win — literally. The singer revealed in an Instagram post on July 24 that Win Harrison Wilson officially entered the world just one day prior, weighing at 8 pounds and 1 ounce. Win is Ciara’s second child with Wilson. The two also share daughter Sienna Princess Wilson, 3. The baby boy also joins big brother Future Zahir Wilburn, 6, whom Ciara shares with her ex-fiancé, rapper Future.

“Happy Birthday WIN!!!” Ciara captioned the Instagram video. “Mommy & Daddy Love You!” In the clip, the singer dons a black face mask and, in a nod to her musical roots, sings “Happy Birthday” to Win as he’s cradled comfortably against her body. “Happy birthday, sunshine,” she says to her sleeping son. On his own Instagram page, Wilson shared a selfie with his wife and new son from the hospital bed. His photo had the same caption as Ciara’s post.

The couple, who tied the knot in 2016, announced the news of baby no. 3 in January. The “1, 2 Step” singer shared a bikini photo from the Turks and Caicos Islands that showcased her growing belly. A source told PEOPLE at the time that the two were “so excited to expand their family.” In April, the duo shared a gender reveal video alongside Sienna and Future on social media. The family of four burst into celebrations after blue smoke and confetti filled the air.

Last June, Ciara opened up about finding love again after her split from Future during an appearance on Jada Pinkett Smith’s Facebook series, Red Table Talk. "I'd never had that feeling in my life,” she said. “We were connecting on every way… The way he looked at life, it was different.” She added of his relationship with her son, Future, “The energy with my son, it just felt right… Whenever he would think of me, he would always think about my son, and to love me is to love my son.” She called her love with Wilson “a different level of love.”

Wilson similarly gushed about Ciara and his family that same month in an interview with HollywoodLife. “I came [into] the league and I didn’t have kids at first. I always wanted kids,” the Seattle Seahawks football player said. “That’s one thing I always wanted and hoped and prayed for, [and] now, I have two, with baby Future.” He added, “Being a step-dad, it’s the greatest blessing in the world.”