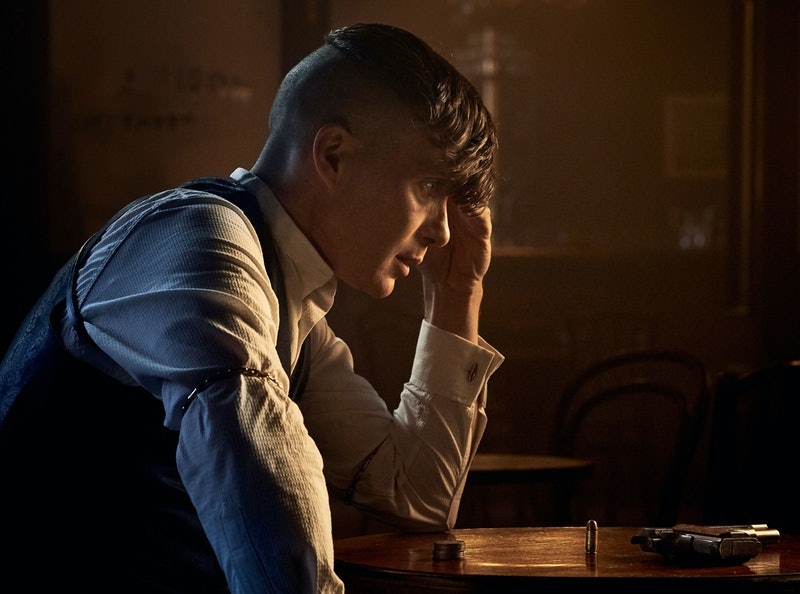 If you're a fan of Peaky Blinder's Cillian Murphy, you may know the star is big into music. In fact, he is releasing a 12-part BBC Radio 6 music series called Cillian Murphy's Limited Edition in which he curates a 'nocturnal playlist' featuring all genres from jazz to electronica. However, it was recently revealed that Cillian Murphy thought that the initial concept for Peaky's music score (having contemporary music accompanying the period drama) was a "terrible idea," which is surprising given that the show is known for its brilliant soundtrack.

Speaking in an interview on Steve Lamacq’s BBC Radio 6 Music programme, Murphy explained that when he first heard the period show would be accompanied by contemporary music, he did not approve.

“I have to be honest I thought it was a terrible idea when someone told me first that it would be contemporary music against a period story,” he said. “I didn’t think it would work but then something happened where it just clicked."

The Peaky Blinders soundtrack has seen all sorts of contemporary artists featured, including Radiohead, Laura Marling, the Arctic Monkeys, Foals, and many more.

While you can check out Cillian Murphy’s Limited Edition on 6 Music from Monday, Oct. 19 at midnight, you will have to wait a little longer for the next series of Peaky Blinders. Season six has been delayed due to the ongoing coronavirus pandemic, and it is so far unclear when the new episodes will drop.

More like this
Yes, 'The Price Of Glee' Is Available To Watch In The UK
By Catharina Cheung
'Bridgerton' S3 Will Show A *Very* Different Side To Kanthony
By Sam Ramsden
Twitter Is Burning As Phoebe Dynevor Reveals Daphne’s 'Bridgerton' Exit
By Sophie McEvoy
Helena Bonham Carter Doesn't Think 'The Crown' “Should Carry On"
By Sam Ramsden
Get The Very Best Of Bustle/UK
Sign up for Bustle UK's twice-weekly newsletter, featuring the latest must-watch TV, moving personal stories, and expert advice on the hottest viral buys.