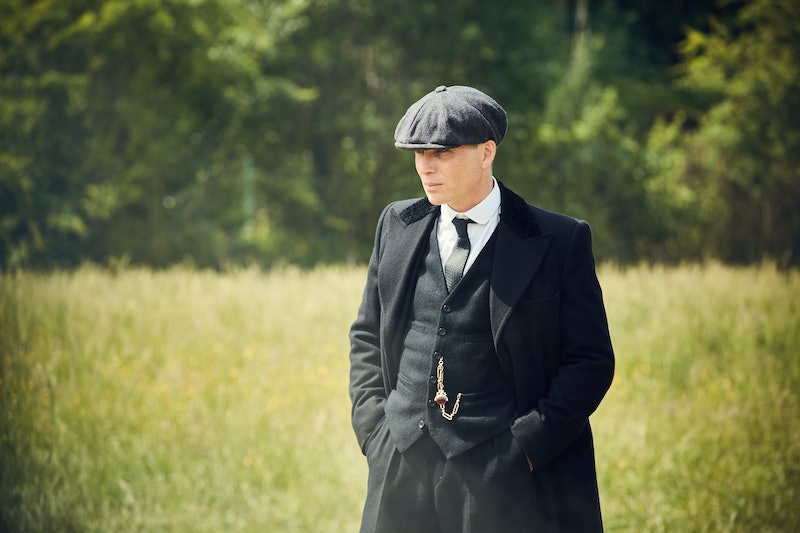 Fans of Peaky Blinders have been in limbo since last March due to coronavirus, which prevented the cast and crew from filming Peaky Blinders Season 6. Well, it’s time for viewers to rejoice, as series creator Steven Knight announced on Jan. 19 that filming has officially recommenced. However, Knight also revealed that this will be the final series of Peaky Blinders, despite hinting at the potential of a seventh series last year. So, when does Peaky Blinders season six premiere?

When Does Peaky Blinders Season 6 Start?

Per Radio Times, an official air date for Peaky Blinders season six is yet to be confirmed. However, filming of the hotly-anticipated new series kicked off in early January, meaning fans can (hopefully) expect the return of Peaky Blinders later in 2021 or early 2022.

As mentioned, production of the forthcoming season was put on hold due to filming restrictions brought on by the coronavirus pandemic. Revealing how the series was filmed in these strangest of circumstances, the BBC writes that the production team “have developed comprehensive production protocols to ensure that the series will be produced in a safe and responsible manner, and in accordance with government guidelines, during this time of global pandemic.”

Elsewhere, series creator Knight teased season six will be “the best series of all” in spite of major filming disruptions. “After the enforced production delay due to the Covid pandemic, we find the family in extreme jeopardy and the stakes have never been higher,” Knight told the BBC. “We believe this will be the best series of all, and sure that our amazing fans will love it.” While this season signals the end of Peaky Blinders, Knight provides a little hope by suggesting that “the story will continue in another form.”

Giving a sneak-peek into said production, Peaky Blinders director Anthony Byrne posted a pic of actor Cillian Murphy in the styling chair getting his Thomas Shelby haircut while wearing a mask. “First cut is always the deepest,” Byrne captions the post. “We. Are. Back.”

While the storyline for the final season has been kept under wraps, actor Sam Claflin confirmed last September that the season six storylines are set to be better than ever, revealing: “I have seen scripts and they’re very, very, very juicy.” Though the cliffhanger season five finale left Tommy's fate up in the air, creator Steven Knight has confirmed the character will be present in the next season, and that he'll be facing mounting political tension.

"It's fortunate for me and unfortunate for the world that Peaky, as it makes its two or three year leaps, keeps hitting stepping stones that are very resonant of what's going on," Knight told NME. "In series six, we'll be looking at 1934 and things are worse. The drum beat is getting louder, tensions are worse and Tommy is right in the middle of all that. Again, it will be an exploration of what was going on in the '30s and how certain things transpired."

Ultimately, it may come to another bitter end: in the same interview, Knight called the season "a tragedy.”

Teasing the “great” opening minutes of season six, Peaky Blinders director Anthony Byrne told Digital Spy, "It picks up directly [where it left off], so the very first image you will see will be back in that field… Tommy, with a gun to his head.” He continued, “Then, we will move on from there, we resolve that amazing moment… it's great."

Who’s In The Cast Of Peaky Blinders Season 6?

As Radio Times reports, Cillian Murphy will reprise the leading role of Tommy Shelby in the forthcoming series. He is expected to be joined by fellow returning cast members including Paul Anderson as Arthur Shelby, Harry Kirton as Finn Shelby, Sophie Rundle as Ada Thorne, and Sam Claflin, who will reappear as the fascist politician Oswald Mosley.

As well as Claflin’s Oswald Mosley, other characters set to appear in season six include Gina Grey (Anya Taylor-Joy), which Byrne confirmed during his Obsessed with Peaky Blinders interview. "Gina, and whoever her family are, will make themselves known, Oswald Mosley and some people around him and his world," Byrne teased of their story arcs. "Gina is obviously American and she comes from quite an influential American family, who are not overtly a crime family, but there's a lot of grey there, and that's sort of teed up to be delved into in the next season."

He also added, speaking to GQ: "There's a lot to be revealed about [Gina in the next season.] She's a player, she's a manipulator. She's part of a wider plan." Digital Spy speculated that this could mean Julia Roberts and Stephen Graham — who are both rumoured to be in talks to appear in the show — will play Gina's mother and father, respectively.

Finally, we know from real-life history that Oswald Mosley married his second wife, Diana Guinness, in 1936, and that Adolf Hitler was a guest at their wedding, so perhaps season six will introduce his character, too.

Stephen Graham, of Line of Duty and Boardwalk Empire fame, has also joined the cast of Peaky Blinders. The show’s official Twitter shared a first-look image of Graham on set. Rumours had suggested he might be playing Al Capone, but given his wardrobe, the Twittersphere is less convinced that is the case.

At present it is also unclear whether Aunt Polly will feature in season six. Helen McCrory, the actor who plays the matriarch of the Peaky Blinders, died earlier this month.

Definitely not returning this season is Charlie Murphy, despite appearing in the climax of series 5, per Digital Spy. She played real-life unionist leader and Tommy Shelby's occasionally love interest Jessie Eden.

Despite the fact that Peaky Blinders probably won't be on our screens until later this year, there are already a lot of details about what to expect — and surely more to come. We can't wait. To help you pass the time before the show’s highly-anticipated return, all five previous seasons of the hit drama are currently available to watch on BBC iPlayer in the meantime. You’re welcome.

This article was originally published on Oct. 4, 2019