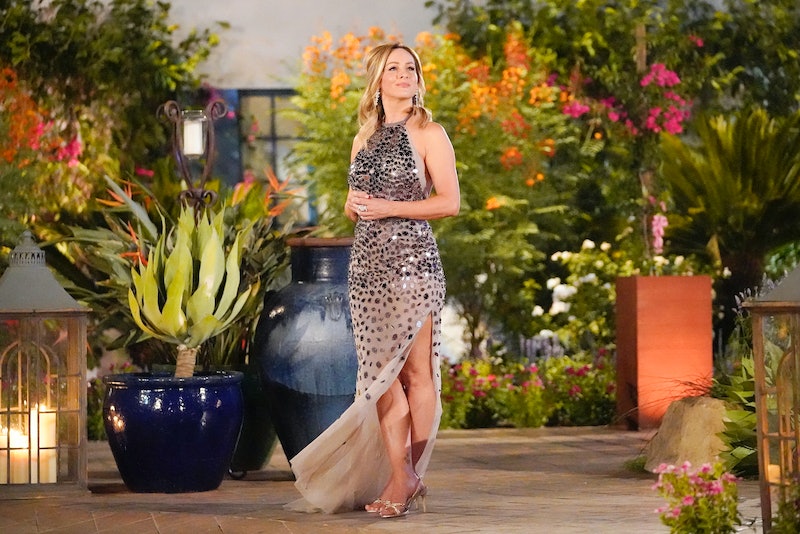 Finally, the moment we've all been waiting for. In a post-premiere supertease, The Bachelorette confirmed that Clare quits the show, and they *almost* confirmed that Dale Moss leaves with her. The three-minute clip includes steamy kisses, drama, and most importantly, Clare’s unapologetic feelings for Dale.

“I have feelings for Dale. We have a connection," she says unabashedly. "Guess what? It's because I like him. It's happening." Dale then admits he reciprocates the feelings, saying during what looks like a one-on-one date: "I hadn't felt these emotions in years." Clare doesn't hold back. "Every time I wake up, I think about you," she says. "And when I go to bed at night, I think about you." In a confessional, she reiterates, "I know what I'm looking for. I know what I want, and I found it."

Clare seems truly happy about the developing relationship, but it wouldn't be The Bachelorette if the pot wasn't stirred and the "right reasons" card wasn't pulled. "You're phony, you're fraudulent, you're artificial, you're everything fake," Ed says, presumably to Dale. "The cameras are here, you're a completely different person." Adds Bennett: "It's only a matter of time before Clare realizes the truth, that Dale's maybe not who Clare thinks he is."

The trailer then depicts Clare in an emotional breakdown as Chris Harrison tells the guys: "In the 18 years I've been doing the show, we've never dealt with anything like this." Over a clip of Clare in bed with Dale, one of the guys says, "I just don't know how you can be so sure so quick," and multiple men threaten to walk out. Will they? That's not totally clear. What is clear is that Clare's not sorry for following her heart. "I'll apologize if I've wasted your time, I'll apologize if I hurt you," she says to the group. "But I'm not gonna apologize for love, ever."

The last bit of the teaser shows the suitors processing her exit and wondering what to do next. “Anything goes, there are no rules at this point," one says. Two others add, “I didn’t expect the process to be cut short" and "Clare's gone. I still haven't fully comprehended what the hell is going on." The clip ends with a new car approaching the resort. A door opens, and though the clip cuts off there, someone (*cough cough* Tayshia Adams *cough cough*) gets out.