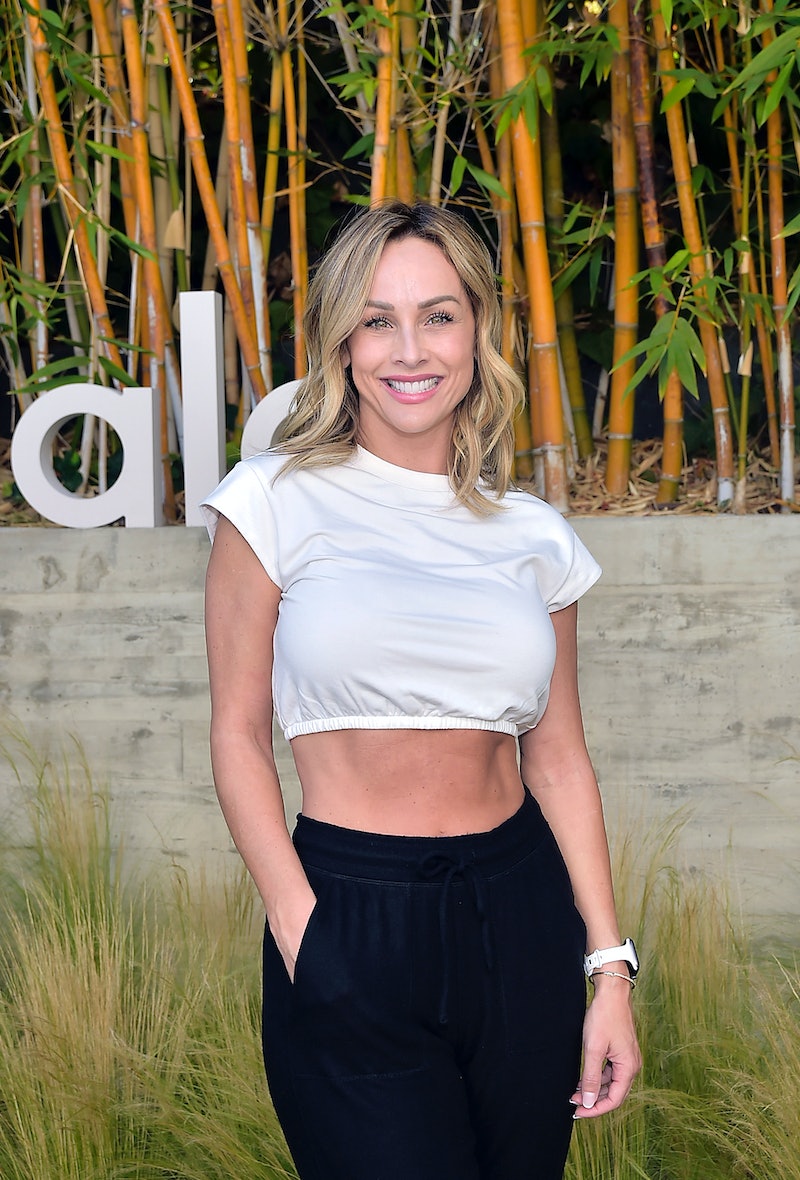 Clare Crawley is once again getting candid on social media. The former Bachelorette shared on July 28 that “as a child of sexual abuse” she believed she wasn’t good enough, which ultimately led to her decision to get breast implants. This revelation comes after she posted an Instagram video on July 3 in which she told fans she would be removing her breast implants after receiving a diagnosis that they had been the cause of a mystery illness she’d been struggling with for years. “Self love is the act of giving a voice to your truth. So here is mine,” she shared in the caption of her latest post.

“As a child of sexual abuse, my young adult years were spent in unhealthy relationships feeling unworthy of the good ones,” 40-year-old Crawley said. “It was a vicious cycle because the more I chose the wrong men who treated me poorly, the more I believed I wasn’t good enough. Enter the breast implants.” In hindsight, she admitted that cosmetic surgery wasn’t the best decision for her at the time in her life: “I’d be lying if I said I wasn’t excited to get them, but the truth is it was money that would have been better spent on therapy to heal my wounded heart.”

Crawley went on to say, “I ended up spending the money on therapy anyway. Cut to now, a woman who has learned to love herself deeply on the inside knows her worth and will fight for herself no matter what. I’ve learned the toxicity that these implants can cause on our bodies, as it has done to mine. So I am stepping away from something that no longer serves me. Not my heart, and certainly not my health.” She added that her surgery to remove her transplants would take place this week. “We are taking it back to Clare 1.0, who is lovable and worthy just the way she is.”

She also focused on self-love in the video she posted in early July. In it, she described a tumultuous ordeal involving countless doctors and numerous tests before she ultimately learned that her breast implants were the cause of her ailments.

“I’m sharing this in hopes that it might help others going through something similar feel not so alone,” she wrote in the caption of her six-minute video. “I feel that this was important to share so I can be a resource for anyone going through this as well. I know how being your own health advocate is hard sometimes, and can feel like an uphill battle. This is the reality of life for so many people, though! I’m just so incredibly thankful to all the people who are in my life that support me not only in my peaks but in the valleys as well.” In the video, Crawley delves into the specifics, telling followers, “The truth is that I’ve been going through things medically with my body that I have not had answers to, to be honest, for a couple of years.”

She seemed to get a little choked up as she revealed, “It’s been hard, and it’s been frustrating, and it’s been scary for me to not have answers and to know something’s not right,” adding how exasperating it was to have doctors counter her intuition by telling her she “looks fine.” Crawley also shared how she finally found out what was wrong after having multiple mammograms, blood work, and even an ultrasound that showed “fluid sacs” behind her implants and an elevated white blood cell count because her body was fighting “something.” That something was her implants. “As much as I love my implants, my body is fighting them,” she said. “I love my health more. I love my well-being more. That’s what matters.”

Crawley explained that her boyfriend Dale Moss — whom she famously got engaged to early on in her Bachelorette season, after knowing him for only two weeks — has been supportive. She said that he’d told her, “Your boobs are not what makes you beautiful.” Backing it up, he reposted her video on his Instagram stories, writing across it, “So proud of you for sharing this love! Hopefully this will help women who are going through a similar struggle.” He also commented on her video, writing in part, “I love you & with you every step of the way.”

Although she’s gained countless fans thanks to her whirlwind romance on The Bachelorette, the reality star is hoping to share a new love story with her followers. “To me, this is the ultimate love story,” Crawley said. “Loving my body enough to know that this is not what makes me beautiful. My health and happiness is what matters.”

More like this
'Bachelorette' Vet Clare Crawley Revealed Her Stunning Wedding Photos
By Stephanie Topacio Long
'Bachelorette' Vet Clare Crawley Unveiled 2 Special Wedding Day Accessories
By Stephanie Topacio Long
Hannah Ann Got Engaged 3 Years After 'The Bachelor' & The Proposal Was Dreamy
By Grace Wehniainen
A Guide To All Of Zach Shallcross' 'Bachelor' Filming Locations
By Brad Witter
Get Even More From Bustle — Sign Up For The Newsletter
From hair trends to relationship advice, our daily newsletter has everything you need to sound like a person who’s on TikTok, even if you aren’t.