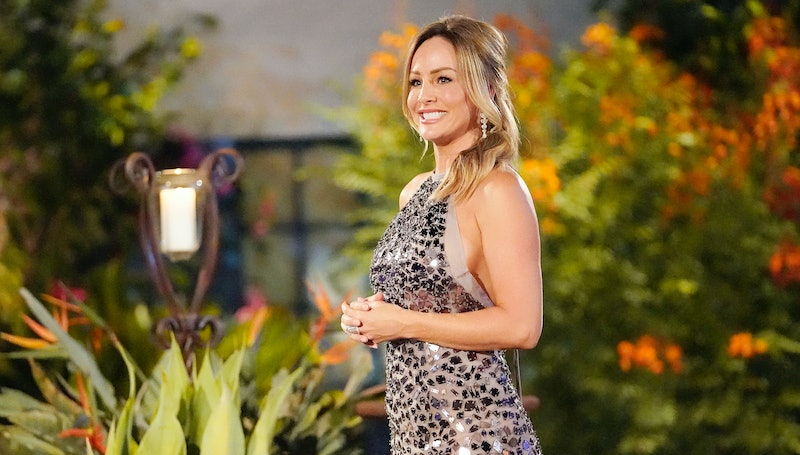 Not everyone who goes on The Bachelor franchise quits their job and moves to Los Angeles to do full time sponcon. Despite appearing on The Bachelor and multiple spinoffs of the franchise including Bachelor in Paradise and The Bachelor Winter Games, new Bachelorette Clare Crawley is still a hairstylist just like she was way back on Juan Pablo Galavis' Bachelor season. She still lives in Sacramento, too, and works for the De Facto Salon.

According to her bio page on the salon's website, Clare is currently taking clients who want their hair colored, but her appointment booking link is broken — so it's likely that the soon-to-be Bachelorette is taking a hiatus from her hairstyling work. The last review on Yelp for Clare's work came from January 2020, so it's been a while since she was in the salon, which can certainly be blamed on both COVID-19 and the time she had to take off to film the show.

But she'll probably be back to work soon, since hairstyling has remained the one constant in her life even as she continued to appear on Bachelor Nation shows. "Would you be shocked if I told you I became a hairstylist over a decade ago, not because of hair?! I did it because I love connecting with people and being able to make a difference in their day, even if just for the few hours they sat in my chair!" Clare wrote on Instagram last year, adding, "I specifically remember one of my beauty school teachers telling me I'd never be successful because I care too much what the client thinks ... Well, here we are years later, and I’m still obsessed with my job and surrounded by some of the most amazing clients and friends ever!"

Clare's reviews on Yelp speak to how satisfied her clients are. "I can't say enough good things about Clare. One, she is a hair magician! My hair looks fabulous after I see her. Two, she is so sweet and kind and so easy to talk to. My hair looks amazing every time!" a customer wrote after seeing her earlier this year.

Now that she's back in the public eye, the offers for paid social content will likely increase, so it wouldn't be surprising if fans see more ads on her page in the near future. But if and when that dies down, she'll always have haircutting and coloring to return to — her first career love.