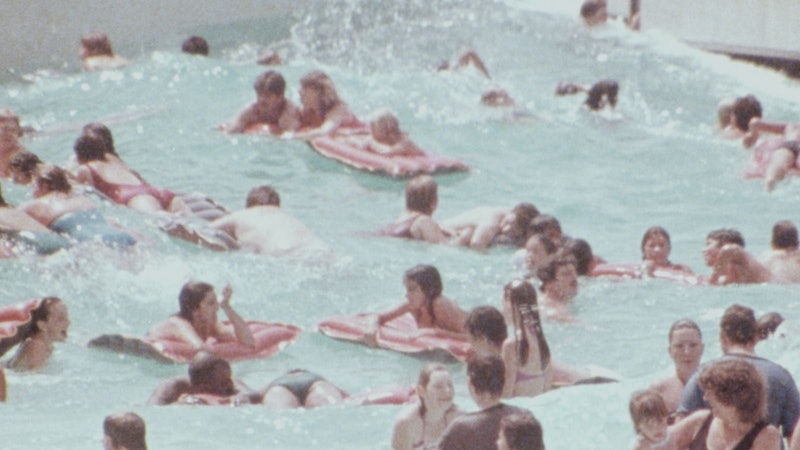 Action Park was a popular New Jersey amusement park in the 1980s. But instead of being remembered for the fun times the park provided its visitors, it was known for leaving its patrons with bruises, broken bones, and worse. HBO Max's latest documentary, Class Action Park, charts the rise and fall of Jersey's most infamous amusement park. And at its core Class Action Park is a complicated love letter to its founder, Gene Mulvihill. As Entertainment Weekly puts it, Mulvihill was, "a figure seemingly part P.T. Barnum, part Paulie Walnuts, and part Willy Wonka. [He] ran the park by his own rules, many of which ignored the more pressing laws of physics and the limits of the human body. He lived to make the waterslides a little bit steeper, the wave pool a little bit higher (hence its nickname, the Grave Pool)." A complex figure who was a friend of Donald Trump's — the documentary alleges that at one point Trump considered investing in Action Park but after seeing it in person decided he didn't want to be involved with the venture — Class Action Park honors Mulvihill's many dimensions.

While Mulvihill died in 2012, you can read on for more about the life and times of the most controversial yet revolutionary theme park creator in recent history.

According to the documentary, Mulvihill was a stock broker who purchased ski resorts at Vernon Valley and Great Gorge in New Jersey in the mid-1970s. Looking to turn the resorts into a year-round operation, Mulvihill came up with the idea of opening a theme park focused on thrills, adventure, and fly-by-the-seat-of-your-pants (almost literally) stunts. So, in 1978, Mulvihill founded Action Park, a park dedicated to the promise that the guest was "at the center of the action" at all times.

What did that mean exactly? Well, according to his son, Andy Mulvihill's book Action Park, Gene Mulvihill believed "visitors to Action Park would be the authors of their own adventures," with the choice to accept or reject the risk inherent in riding untested attractions always in the hands of the guest, not the operators. In Andy's own words, "The risk did not keep people away. The risk is what drew them to us."

Andy also explained his father's rationale to Sports Illustrated, saying, "Gene didn't want to do the same old sh*t, where you just get strapped into something or it twirls around." He continued, "He wanted to take the idea of skiing, which is exhilarating because you control the action, and transfer it to an amusement park. There's inherent risk in that, but that's what makes it fun."

Action Park's first attraction was amongst its most controversial: the Alpine Slide. According to Nj.com, "The ride’s punishing track was made from asbestos, fiberglass and concrete. People would shoot down a mountain on the course in sled-like carts with wheels that had brakes that were not always reliable. But if you couldn’t brake, it was a near-guarantee that you’d be thrown off the ride."

But rather than dial back on the danger, Mulvihill forged onward with more thrills, determined to turn Action Park into a theme park rivaling Disney World.

Later on Action Park became one of the industry's first modern water parks. The water park featured the infamous Cannonball Loop, a ride known for its 360 degree loop at the end of a fully-enclosed waterslide. According to History.com, Cannonball Loop was so intimidating that Mulvihill had allegedly offered $100 to employees to try it out. Cannonball Loop was only open sporadically for the next 13 years, due to safety reasons.

The End Of The Action

Despite all of the injuries, Mulvihill caught only a few major lawsuits. According to the New York Times, in 1984 Mulvihill was indicited on charges of fraud. Then in July 1980, George Larsson, an Action Park employee, rode the Alpine Slide after-hours and flew off the track in a bobsled, hitting his head on a rock, according to Nj.com. He would fall into a coma and die a few days later. As the New York Times reports, six people died at the park between 1978 and 1996.

Ultimately, the lawsuits stemming from these deaths (as well as the insurance fraud indictment) would bankrupt Great American Recreation, the company Mulvihill had set up to run the park. It was reportedly $48 million in debt when it declared bankruptcy, and in 1997, Action Park shut its doors for good.