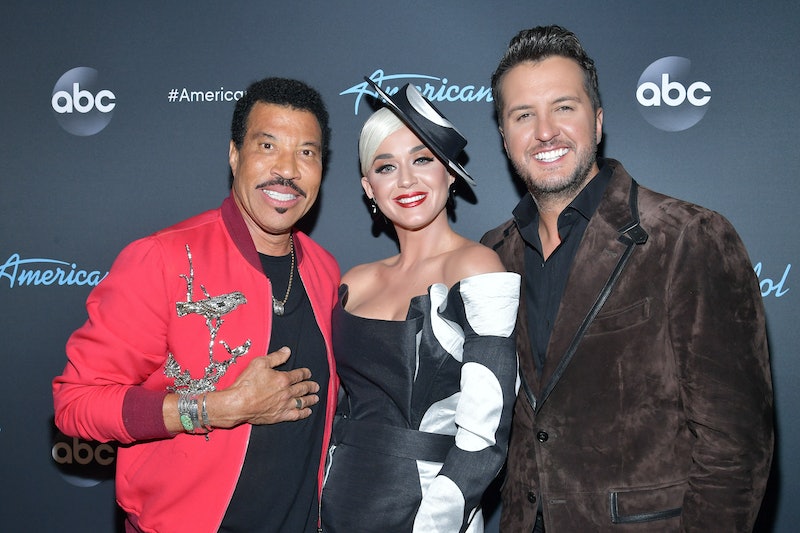 If you used The Bachelor commercial break to re-up on snacks or take a Twitter break to see how everyone is reacting to Matt James sending MJ home, you might have missed the American Idol bombshell. Apparently, those November 2020 reports about Claudia Conway auditioning for the long-running singing competition were legit.

Back in November, judge Katy Perry confirmed Conway was in the building when she said, "Well, well, well, let the games begin because Claudia just tried out for American Idol." Perry, who shared the news on her Instagram Story, then showed Conway waving and greeting the "Roar" singer's followers. ABC doubled down on Perry's tease on Feb. 8, when Conway appeared in a new commercial for the upcoming series.

"The American Idol you know and love is back," host Ryan Seacrest teases in the clip. "And this season's got big changes, bigger surprises, and stuff we can't tell you about ... yet." One of those surprises happens to be Conway, who introduces herself to the panel of judges with a big smile. "Buckle your seatbelts. There's a plot twist coming," Perry teases at the end of the commercial, and it's fair to say that social media users are absolutely shocked.

Conway — the daughter of former Donald Trump advisor Kellyanne Conway and The Lincoln Project co-founder George Conway — made headlines in recent months due to her viral TikTok account. In August, Conway announced plans to emancipate herself from her parents on Twitter, alleging "years of childhood trauma and abuse." (Hours after she made the announcement, both her parents announced they would be stepping down from their public roles.)

The status of Conway's emancipation proceedings and her relationship with her parents remains in question. However, in November, Kellyanne and George told People that they were "proud" of their daughter for auditioning for American Idol and pursuing her musical dreams.

"Claudia and her siblings are taught to be independent self-starters and free thinkers who dream big and aim high. She sets goals and works toward them. Of course, American Idol is next level!" Kellyanne told the outlet. "We are proud of Claudia for entering the arena and sharing her beautiful voice and inspirational message about mental health with others."

The fourth season of American Idol on ABC will premiere on Sunday, Feb. 14. "I think it just keeps getting better and better [every season]," Perry teased during an interview on Live! With Ryan and Kelly. "I think people trust us — artists especially and real musicians. [It's] not just great singers, but people with the whole package. That's really what defines an American Idol."

More like this
Everything To Know About 'The Real Housewives Ultimate Girls Trip' Season 4
By Jake Viswanath
Everything To Know About 'RHONJ' Season 13
By Brad Witter and Jake Viswanath
Andy Cohen Apologized To Larsa Pippen After A 'RHOM' Season 5 Reunion Dust-Up
By Brad Witter
'Bachelorette' Vet Clare Crawley Unveiled 2 Special Wedding Day Accessories
By Stephanie Topacio Long
Get Even More From Bustle — Sign Up For The Newsletter
From hair trends to relationship advice, our daily newsletter has everything you need to sound like a person who’s on TikTok, even if you aren’t.