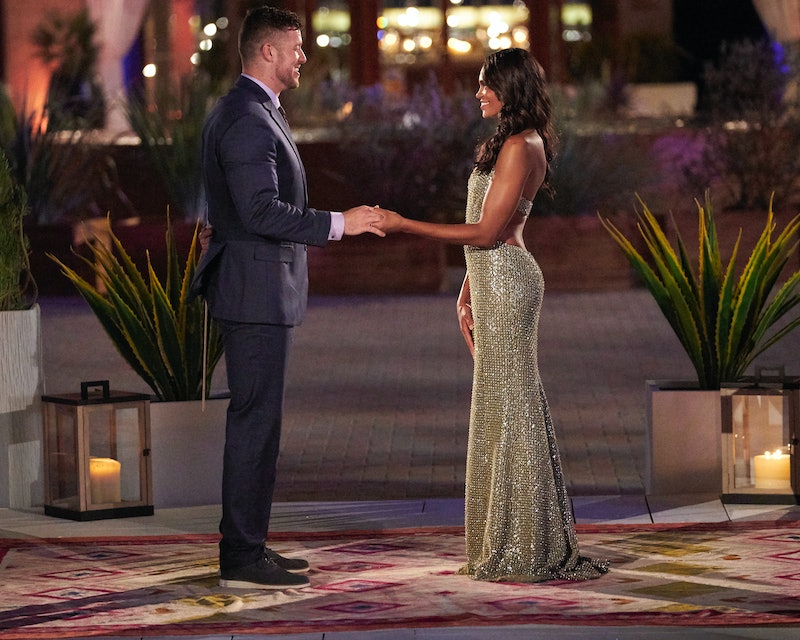 Unless you’ve never been on the internet, you’ve probably already heard who the next Bachelor is going to be. Before Michelle Young’s season of The Bachelorette even premiered, it was reported that one of her contestants — Clayton Echard — would be the next lead. (Though it should be noted that ABC has yet to confirm his casting).

The season premiere was certainly an interesting experience given what we already know. Yes, Michelle is the unequivocal star of the season, but just as much as we’re all watching her journey, we’re also watching Clayton’s. Which is to say, we could spend several weeks seeing him fall in love with Michelle only to get his heart broken. Does that kind of put a damper on the season? Maybe slightly, but that hasn’t stopped viewers from voicing their opinions, which has so far primarily been disappointment.

“Was THIS the moment ABC was like, ‘This guy is our next Bachelor for SURE’?” asked Entertainment Weekly critic Kristen Baldwin of Clayton’s limo entrance, which involved Michelle spanking him with a wooden paddle. “ABC this is really the best we can do for a new bachelor? Saltine ass ruler boy?” added another user.

Some viewers were patiently waiting to be wowed by Clayton, given that producers are giving us an entire season with him. “Clayton has given nothing so far, is this supposed to be the man we all fall in love with? Our next Bachelor?” wondered a user alongside an inquisitive meme.

Nevertheless, everyone seemed to understand that Clayton would be sticking around for a while.

By Episode 4, fans were still desperately looking for any reason to explain why Clayton was reportedly chosen to be the next Bachelor.

In Episode 5, he finally got a bit more screen time...on a viking-themed group date that, though Michelle seemed to appreciate, fans weren’t exactly impressed by.

It’s now halfway through the season and Clayton has still added almost nothing to the show.

Even though Clayton has supposedly already begun filming for his season, some Bachelorette fans have begun retroactive campaigns for other contestants.

Producers certainly have their work cut out for themselves if they’re hoping to get audiences to fall in love with Clayton. In order for his selection as the show’s new lead to make sense, his role on Michelle’s season is going to have to undergo a sizable increase over the next few weeks, which means audiences should ready themselves for a lot more Clayton in the near future — for better or for worse.

This article was originally published on Oct. 20, 2021