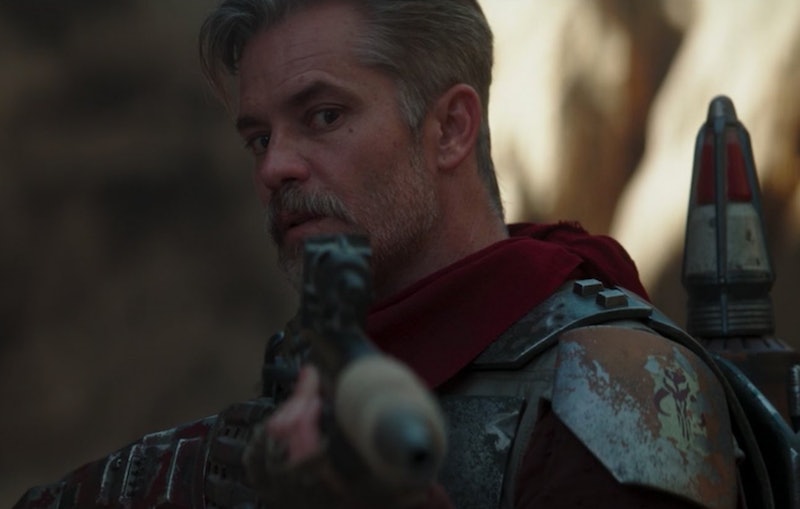 Expect a lot of new faces in The Mandalorian Season 2. In addition to bringing back characters like Mando, Cara Dune, and of course Baby Yoda, the show is also reportedly adding some fan favorites from the larger Star Wars universe. That includes Ahsoka Tano, Bo-Katan Kryze, and Cobb Vanth, the latter of whom is the most mysterious of the bunch.

Played by Timothy Olyphant in the Disney+ series, Cobb Vanth first appeared in the Star Wars novel trilogy Aftermath. The books are a recent addition to the Star Wars canon, having been published between 2015 and 2017. They take place in the period after Return of the Jedi, which is also when The Mandalorian is set. This time period wasn't previously covered in any of the Star Wars movies, but was featured in books and comics within the now-defunct Expanded Universe.

In the Aftermath trilogy, Cobb Vanth is a sheriff of Freetown, a settlement of Tatooine. That location is notable because Tatooine is Luke Skywalker's home planet and the site of beloved locales like Mos Eisley Cantina and Jabba the Hutt's Palace. It also appeared in Season 1 of The Mandalorian, where Mando made some new enemies, so it's curious as to why he would return to the planet in Season 2. The main plot of the new season is expected to revolve around Mando's quest to reunite Baby Yoda with the Jedi, which may lead him to the one-time home of Luke Skywalker and Obi-Wan Kenobi, Tatooine.

Perhaps the most intriguing aspect of Cobb Vanth is his Mandalorian armor, which he wears despite the fact that he's not from Mandalore. He finds the armor on Tatooine, where it had been procured by some Jawas. In the book, the armor is described as having "been through hell and back." Boba Fett famously met his demise in Return of the Jedi when he fell into the Sarlacc Pit, and most fans believe that it's his legendary armor that Vanth wears. If Mando comes upon a non-Mandalorian wearing Boba Fett's armor in Season 2 of The Mandalorian, things could get hairy pretty quickly — especially if the real Boba shows up wanting his armor back. Temuera Morrison, who portrayed Jango Fett in Attack of the Clones, is also rumored to appear as Boba this season.

In Aftermath, Cobb Vanth was a hero trying to keep a crime syndicate from gaining a foothold in Freetown. But his propensity for wearing very famous Mandalorian armor could put him on Mando's bad side. Likewise, Vanth probably won't take kindly to having a known bounty hunter like Mando making trouble in his crime-free town.