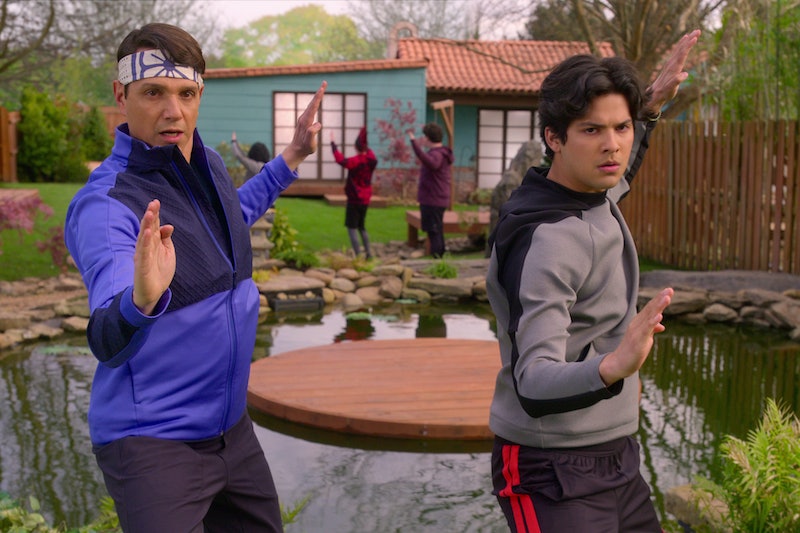 Where that will leave everyone at the end of Season 4, you’ll have to watch to find out, but rest assured Johnny and the gang will be back to fight again. Cobra Kai was renewed for Season 5 in August 2021, several months ahead of Season 4’s Dec. 30 premiere. Here’s everything we know so far.

In a December interview with Screen Rant, Cobra Kai co-creator Josh Heald confirmed that Season 5 has already finished shooting. “We can't believe we've filmed two seasons of the show this year. In our minds, it's crazy to believe how far ahead of the story we are than what the audience has seen so far,” Heald said.

According to Parade, Season 4 was shot from early January to May 1, 2021, which marks a roughly six month turnaround for a December 2021 premiere. Co-creator Josh Hurwitz tweeted that filming for Season 5 had officially wrapped on Dec. 19, 2021, so if it follows the same time frame as Season 4, fans can reasonably expect new episodes in mid-2022. This would mark a much shorter gap between seasons than in the past, as Cobra Kai has typically aired roughly every year.

The plot for Season 5 will largely hinge upon where things leave off in Season 4, but Heald did give a vague illusion to what’s to come during his interview with Screen Rant. “Season 5 is another enormous season with a lot of new flavors and a lot of things that you haven't seen before yet on the show,” he said. Screen Rant speculated this could include the return of The Next Karate Kid star Hilary Swank as Julie Pierce.

Will Season 5 Be Cobra Kai’s Last?

Though Netflix hasn’t announced anything definitively, Heald told Screen Rant they don’t have any plans to end the show. “We have more beyond Season 5. We are not writing to the end of the series in Season 5 right now,” he said.

Further details about Season 5 are scant, but this post will be updated as more information becomes available.