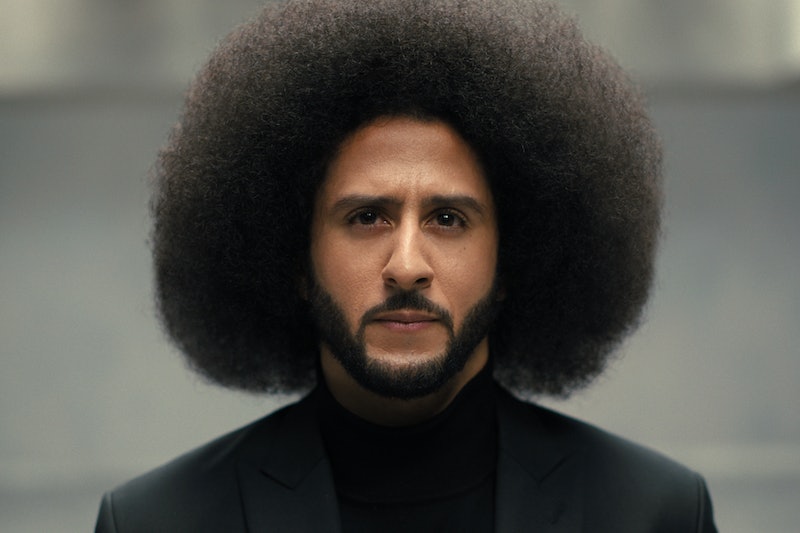 When Rick and Teresa Kaepernick adopted a five-week-old Colin Kaepernick in 1987, they’d already become parents several times over. They had two biological children, son Kyle and daughter Devon, and had lost two sons due to congenital heart defects. “I’ll never forget that day,” Teresa recalled to ESPN in 2013 of the day they adopted Colin. “They brought him in an infant carrier and set him down. The birth mother was there. I looked at her and she nodded and I just picked him up out of the carrier. The minute I picked him up, I just cried. We gave her a big hug. And she needed a couple more minutes. And then we left.”

According to ESPN, the Kaepernicks’ only adoption request was that the baby be a boy. But Colin, who is biracial, says in his autobiographical Netflix series Colin in Black & White that his parents had wanted a white baby and settled for him. “Since the day I was born, I’ve never been anybody’s first choice,” the former NFL quarterback narrates bleakly.

At the time of Colin’s adoption, the Kaepernicks were living in Fond du Lac, Wisconsin. When Colin was 4, they moved to the predominantly white town of Turlock, California. Growing up, Colin experienced racism, though he says he never felt othered by his family. “I knew I was different to my parents and my older brother and sister. [But] I never felt that I was supposed to be white. Or Black, either,” Kaepernick said of his upbringing in 2015 interview with Mr. Porter. “My parents just wanted to let me be who I needed to be.”

Unlike Colin — who’s played in a Super Bowl as the San Francisco 49ers’ quarterback and made countless headlines for kneeling during the National Anthem to protest racism and police brutality — Kyle and Devon have largely stayed out of the spotlight. According to their father, the two both graduated from California Polytechnic State University, but not many other details about them are publicly available. A 2011 Turlock Journal article quoted a sister-in-law of Colin’s named Lindsay, who was present when Colin was drafted into the NFL, but it’s unclear whether or not she and Kyle are still together, as he doesn’t appear to have public social media accounts.

Colin’s sister Devon does have an Instagram account, though she doesn’t post on it frequently. Most of her feed is dedicated to photos of her son as well as Colin, who she seems to be quite close with. “Best brother in the world!” she captioned her first Instagram photo in 2013, which appears to have been taken at her wedding. Colin shared the same image in December 2012 to celebrate Devon’s birthday. “Tell me you have a better sister and I'll call you a liar!” he wrote. Devon took a break from social media in August 2016 — perhaps due to hateful commenters stemming from Colin’s protests — and returned in June 2020 to promote Colin’s Know Your Rights Camp Legal Defense Initiative.

Although they’re not related by blood, Colin has made clear that he still very much sees the Kaepernicks as his family. His birth mother Heidi Russo has made multiple requests to visit or talk to him, all of which Colin has declined. “It’s just — [the Kaepernicks are] my family. That's it,” he previously explained to ESPN.