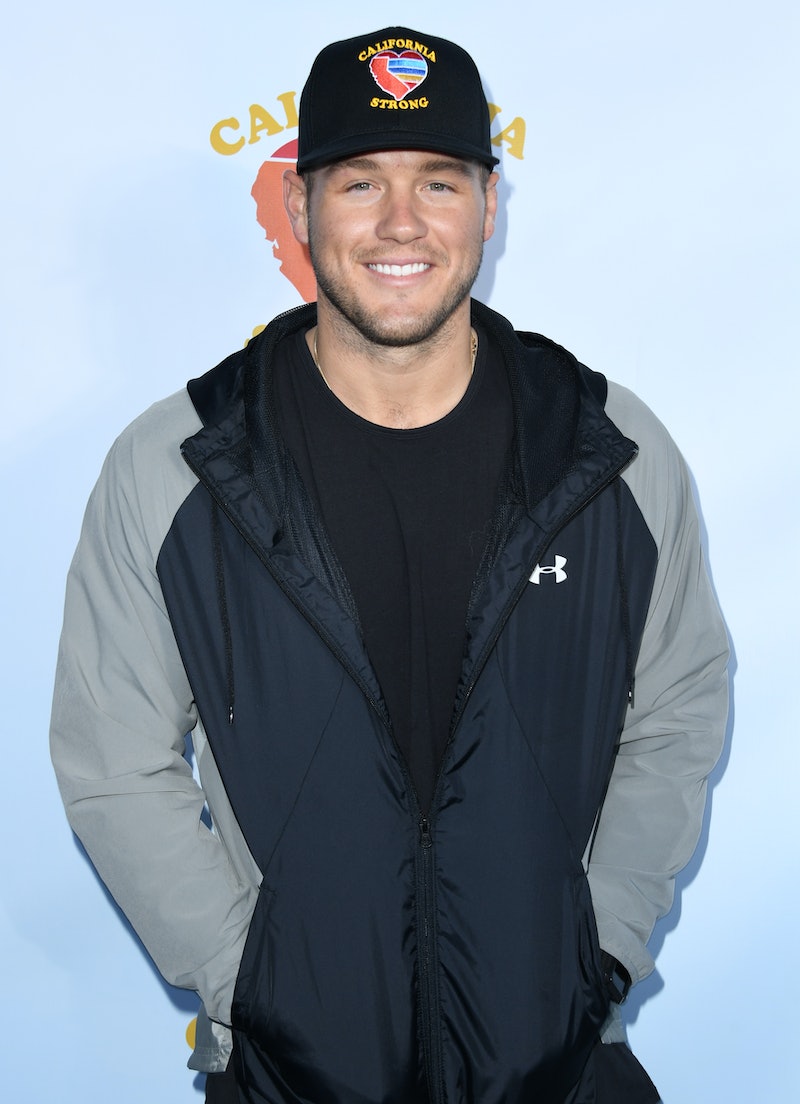 It’s been roughly one month since The Bachelor’s Colton Underwood came out as gay on Good Morning America, and now he’s asking for some privacy. Over the weekend, the show’s former lead did a Q&A on Instagram and was asked some very personal questions. But when one fan inquired about how many men he’s hooked up with in the past, the 29-year old shut the question down immediately, calling it “inappropriate.”

“Let me vent for a second,” Underwood responded, according to People. “Questions like this are inappropriate. I understand you might know me from The Bachelor where I shared a lot about my personal life. I have set boundaries and I’m respecting myself in a way that will lead me to a healthier life.” The former football star went on to explain that because of how open he was about his virginity while starring on the show, people feel entitled to updates about his sex life.

“I never asked to be labeled as the virgin bachelor and have people feel the security to ask me questions about my sex life. It just happened and during that time I thought I had no other choice but to just go with it [or] the network would be mad,” the Season 23 star continued. “I know differently now. I’ll share what I want and this won’t be one of those things.”

Despite not revealing any further details, Underwood opened up to Variety about his past experiences with men in an interview that was published on May 12. “I’ll say this. I was ‘the Virgin Bachelor,’ but I did experiment with men prior to being on The Bachelorette,” he revealed. “When I say ‘hookups’ — not sex. I want to make that very clear that I did not have sex with a man, prior to that.”

In his interview with GMA in April, the reality star said that he “finally came to terms” with his sexuality over the course of this past year. “Obviously this year has been a lot for a lot of people and it’s probably made a lot of people look themselves in the mirror and figure out who they are and what they’ve been running from or what they’ve been putting off in their lives,” he told host Robin Roberts at the time. “For me, I’ve run from myself for a long time and I’ve hated myself for a long time. I’m gay.”

The ex-NFL player went on to explain that there was a time in his life when he “would have rather died” than come out. “I think that was my wake-up call,” he said, adding that he experienced suicidal thoughts at one point. “There was a moment in L.A. that I woke up and I didn’t think I was going to wake up. I didn’t have the intention of waking up. And I did,” he continued. “For me, I think that was my wake-up call of, ‘This is your life. Take back control. I don’t feel that anymore.”

Once Underwood started embracing who he truly is, things started to fall into place. “The next step in all of this has been letting people know,” he said on GMA, admitting that he was “still nervous.” However, despite feeling anxious about telling the world, the reality star is looking forward to living his truth. “I’m emotional, but I’m emotional in such a good, happy, positive way,” he added. “I’m like the happiest and healthiest I’ve ever been in my life and that means the world to me.”