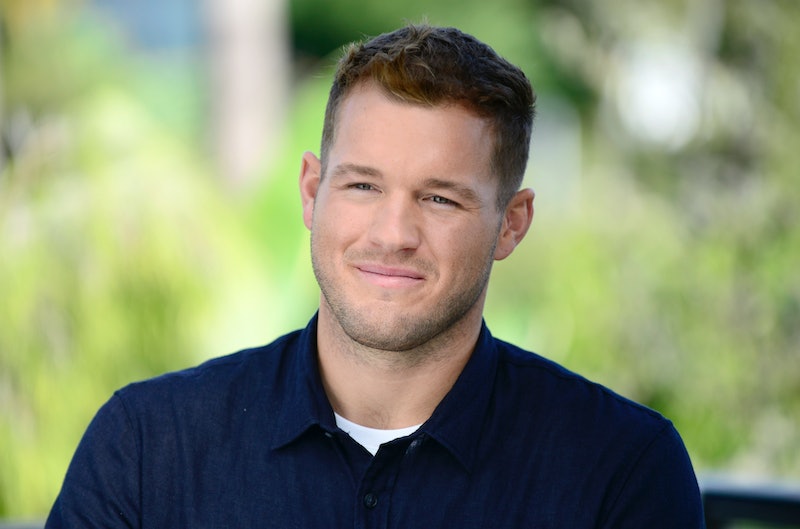 The Bachelor’s Colton Underwood has come out as gay. On Wednesday, April 14, the Season 23 lead spoke openly about his sexuality on Good Morning America, explaining to Robin Roberts that the challenges of this past year helped him figure out who he is. “Obviously this year has been a lot for a lot of people and it’s probably made a lot of people look themselves in the mirror and figure out who they are and what they’ve been running from or what they’ve been putting off in their lives,” the 29-year-old football player said. “For me, I’ve run from myself for a long time and I’ve hated myself for a long time. I’m gay.”

The former Bachelor explained that he finally “came to terms” with his sexuality earlier this year and has been taking time to process it. “The next step in all of this has been letting people know,” he said. “I’m still nervous.” However, despite feeling anxious about telling the world, Underwood is looking forward to embracing who he really is rather than hiding it. “I’m emotional, but I’m emotional in such a good, happy, positive way,” he continued. “I’m like the happiest and healthiest I’ve ever been in my life and that means the world to me.”

In true Bachelor fashion, Underwood described coming out as “a journey,” and certainly not an easy one. “I would have rather died than said, ‘I’m gay,’ and I think that was my wake-up call,” he explained. The Season 23 star also said that, at one point, he struggled with suicidal thoughts. “There was a moment in L.A. that I woke up and I didn’t think I was going to wake up. I didn’t have the intentions of waking up. And I did,” he said. “And for me, I think that was my wake-up call of, ‘This is your life. Take back control. I don’t feel that anymore.”

In response to his interview, executive producers from The Bachelor franchise issued a supportive statement. “We are so inspired by Colton Underwood’s courage to embrace and pursue his authentic self,” they wrote. “As firm believers in the power of love, we celebrate Colton’s journey in the LGBTQIA+ community every step of the way.” Even with the support from the franchise, though, the athlete acknowledged that he had a few apologies to make, particularly to the women on his season. “Do I regret being the Bachelor and do I regret handling it the way I did? I do,” he admitted. “I do think I could have handled it better. I just wish I wouldn't have dragged people into my own mess of figuring out who I was, I genuinely mean that.”

Among the other reactions from Bachelor Nation personalities, Chris Harrison, the longtime Bachelor franchise host who has stepped aside and won’t be returning for the next season of The Bachelorette, chimed in about Underwood’s announcement via an Instagram caption for a photo of the two: “Very proud of you today @coltonunderwood. Happy to see you stand up and openly live your truth. You have my love and support my friend.”

As longtime fans of The Bachelor know, Underwood ultimately didn’t get engaged on the finale. He did, however, end his season in a committed relationship with 25-year-old Cassie Randolph. In May 2020, the two took their respective Instagram accounts to announce their split. “Cass and I have been doing a lot of self-reflecting,” Underwood wrote at the time. “Sometimes people are just meant to be friends — and that’s okay. We both have grown immensely and been through so much together — so this isn’t the end of our story, it's the start of a whole new chapter for us.”

Unfortunately, their plan to remain friends didn’t quite pan out. Three months after the former couple called it quits, Randolph filed for a restraining order against Underwood, claiming that he placed a tracking device on her car. In November 2020, she dropped the request. “Cassie asked the court to dismiss the temporary restraining order against me,” Underwood told People. “The two of us were able to reach a private agreement to address any of Cassie’s concerns. I do not believe Cassie did anything wrong in filing for the restraining orders and also believe she acted in good faith.”

In his coming out interview, Underwood also issued a direct apology to Randolph. After admitting that he “messed up” and “made a lot of bad choices,” the reality star said that he truly loved his ex. “I loved everything about her. And that only made it harder and more confusing for me,” he said. “I’m sorry for the pain and emotional stress I caused. I wish it wouldn't have happened the way it did. I wish that I would have been courageous enough to fix myself before I broke anybody else.”

While this interview marks the first time that Underwood has openly identified as gay, it’s not the first time that he has discussed his sexuality publicly. While promoting his memoir, First Time: Finding Myself and Looking for Love on Reality TV, in March 2020, he told Us Weekly that the hardest thing to write about was “getting called gay” in school. “The reason I say that is because it came back up when I was the Bachelor,” he added, explaining that people jumped to that conclusion because he was a virgin. “I understand why people might think that, but it was also a challenge of mine in grade school and in high school. I think I moved past it now.”