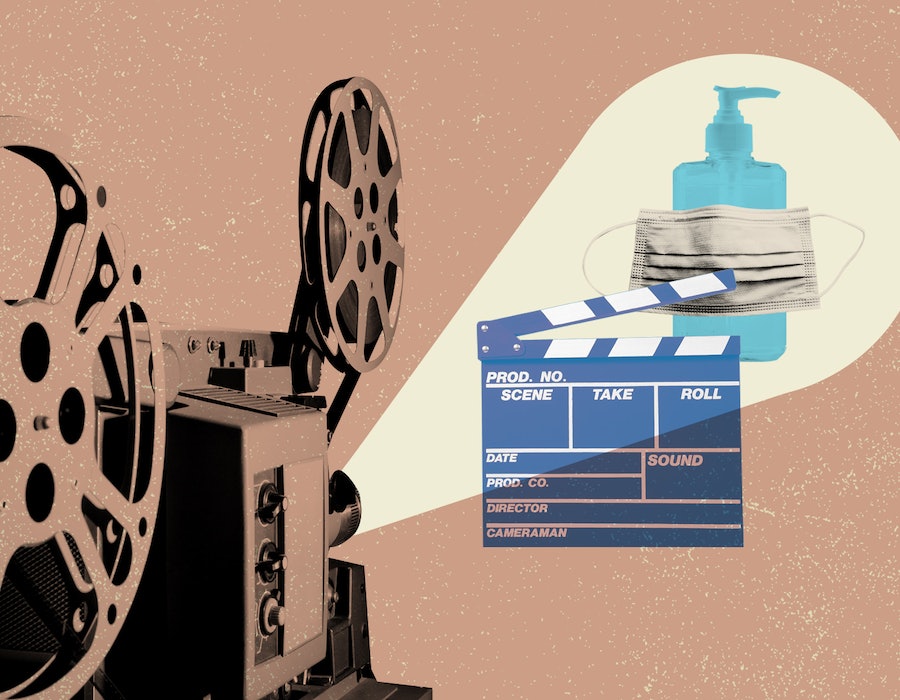 In mid-December, Tom Cruise made headlines for screaming at the crew of the new Mission Impossible movie for violating COVID guidelines on set. “If I see you doing it again, you’re f*cking gone!” he warned two crew members standing too closely together during leaked audio captured of the rant. He then turned his attention to the entire production, calling on everyone to achieve a “gold standard” and set an example for the industry. “If we shut down it’s going to cost people f*cking jobs, their home, their family. That’s what’s happening.”

That “gold standard,” however, is even harder to maintain than it sounds. Just ask Demerie Danielson, a COVID compliance officer (CCO) who worked as a nurse before joining a company that works with productions like Netflix and Amazon to ensure safety on set. “It's something unlike anything I've done before,” she says. “As cliché as it sounds, you can't do this job if you're doing it just for a paycheck.”

The job itself is loosely defined, usually requiring only the completion of a two-hour course. The title varies — COVID manager, Infection Prevention Coordinator — as do the specific protocols. But the general structure is the same. Danielson’s days often start the night before filming, when she’ll prepare PPE kits and confirm scheduling for how regularly the cast and crew are getting tested. She then shows up a “good two, three hours prior” to call time to ensure that everyone gets properly screened in time for work. She and the other CCOs will huddle with the crew to go over what’s expected for the day in terms of shooting as well as coronavirus news, like the latest local numbers and trends or any new medical advances. From there, CCOs monitor every aspect of the production for proper safety, including testing, making sure everyone has their protective equipment on, sanitizing between scenes, and maintaining the proper occupancy for the square footage. After production wraps, CCOs stick around to disinfect and clean before going home to start prepping for the next day.

"You can't do this job if you're doing it just for a paycheck."

It’s an overwhelming job, and one that only gets more complicated depending on where the production is shooting. Some standing sets can be manipulated so that what looks like a closed room can still allow for airflow. But if a production is constantly moving locations or filming on-site, a lot more planning is required to scout places with COVID protocols in mind. By far the biggest challenge is the severity of the responsibility. "I've seen one person in my time [miss their testing day] and try to come in the next day thinking, You know, I’ll just slip through the cracks. There's so many people. And that's not the case. It's our job to stay on top of that," Danielson says. "We've had to send people home and they’ve had to re-onboard [to] make sure they're safe to join the set again. We are the first essential layer of support, so [if anything goes wrong], it definitely falls back on us."

That's not to say they're without help. Danielson says on-set medics and health and safety managers have been vital in assisting with temperature checks and arranging travel for the cast. Yes, people still try to flout guidelines, and there are times when tempers flare. "Some of [these people] have been [working in film] forever and we're coming into their space and we're changing everything up and giving them a new way of doing it," Danielson says. "I've definitely seen people get angry."

But while their work doesn’t prevent outbreaks entirely, Danielson is happy to note that most of the people she works with take her role seriously. “I think for the most part people have been very good at adapting," she says, adding that in her experience, encountering people on set who don't want to wear masks or PPE is rare. On the hard days — which are not infrequent — she values having other CCOs to turn to for support.

“You work a lot. And I think it's nice to have someone who understands not only preparation, but [also that] being on set sometimes people are not exactly happy to see the COVID compliance officer," Danielson says. “I became a nurse to help people, that was my goal ... So I try to just keep in mind that although it’s a lot of time dedicated to this specific position, it’s not everlasting. But the footprint that I’ll make hopefully will be.”