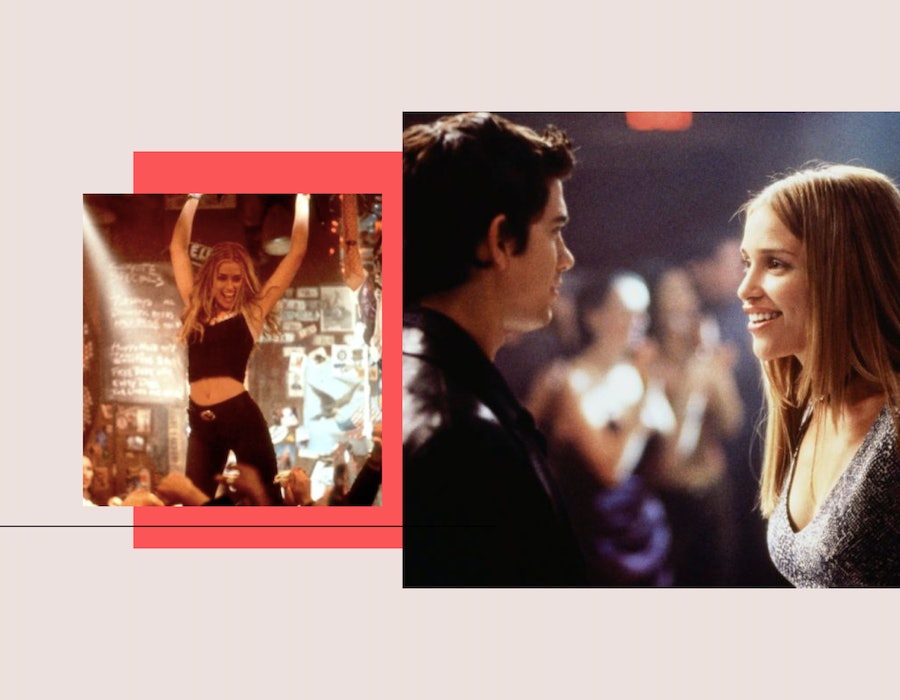 Sometimes, late at night, I think of a line from Coyote Ugly. “They don’t come to watch you sing, they come to watch girls shaking it on a bar,” Violet’s (Piper Perabo) boyfriend Kevin (Adam Garcia) screams at her in the Manhattan alley of the Coyote Ugly Saloon. He’s just traded his beloved Spider-Man comic book (wish I was kidding) to get Violet, a bartender with dreams of becoming a singer-songwriter, a spot at a prominent open mic night. And when Violet can’t get out of work in time to make it to the gig, Kevin storms into the bar, punches a regular, and subsequently gets Violet fired. But it’s not Kevin’s dickishness that’s kept this Coyote Ugly scene in my subconscious for 20 years now — it’s that while he’s insulting Violet’s revealing clothing and line of work, she never once apologizes for who she is.

After losing her boyfriend, her job, and her newfound friend group of coworkers, Violet still doesn’t have any regrets about her time working at the bar. Because when we first meet Violet, she’s a naive New Jersey transplant who’s just moved to the big city after years of taking care of her father. Despite her passion for music, she has crippling stage fright, and doesn’t have the nerve to sing her own songs. But everything changes when she scores a job at the Coyote Ugly.

Violet’s coworkers at the bar (played by Tyra Banks, Bridget Moynahan, and Izabella Miko, respectively) are supremely confident, with an innate ability to wield their sexuality. They dance on tables one second and brutalize the male bar patrons who dare to disrespect them the next. (“She pummeled a customer for grabbing her ass. He pressed charges, I gave her a raise,” the owner offhandedly tells Violet of her fellow bartender.) Much like in 2019’s Hustlers, the men who frequent the bar are portrayed as drunken idiots, whose money the women of the Coyote Ugly will gladly take but they’ll never respect. And it’s in this environment — where women are celebrated for being powerful, sexy, and even angry — that Violet is finally able to come out of her shell. The liberation is intoxicating.

Which makes it all the more devastating when Violet starts dating Kevin, a man child she has to shrink herself down for. The first thing he does when he meets Violet is lie about who he is, convincing her that he’s a big music guy rather than back of house staff at a venue. He portrays himself as fun and free-spirited, a persona that is ultimately revealed to be another one of Kevin’s fallacies. When Violet starts to get more confident in her work at the bar, he becomes judgmental of her commitment to work and what that work requires of her. Which all culminates in the alleyway fight, and Kevin's insult that will haunt me until my dying days.

After the blowout, the two briefly end things. And in that time Violet rededicates herself to her music, eventually landing a gig at the historic Bowery Ballroom singing her own song. But, of course, it’s there that Kevin makes his grand re-entrance — showing up without so much of an apology, ready for Violet to take him back. There is no tearful reunion or big “I’m sorry” where he owns up to all the cruel things he said. He just gets away with it, riding on the coattails of Violet’s big triumph.

But Kevin’s not the only person who showed up for Violet that night. In the crowd are her former Coyotes in their leather hot pants, dancing along as she sings "Can't Fight the Moonlight.” And that’s the romantic reunion I like to focus on: the one between Violet and the cowboy boot wearing, no f*cks giving, loudmouthed ladies of the Coyote Ugly. The women who welcomed Violet into their rebellious sisterhood — and gave her the confidence to get up on that stage.