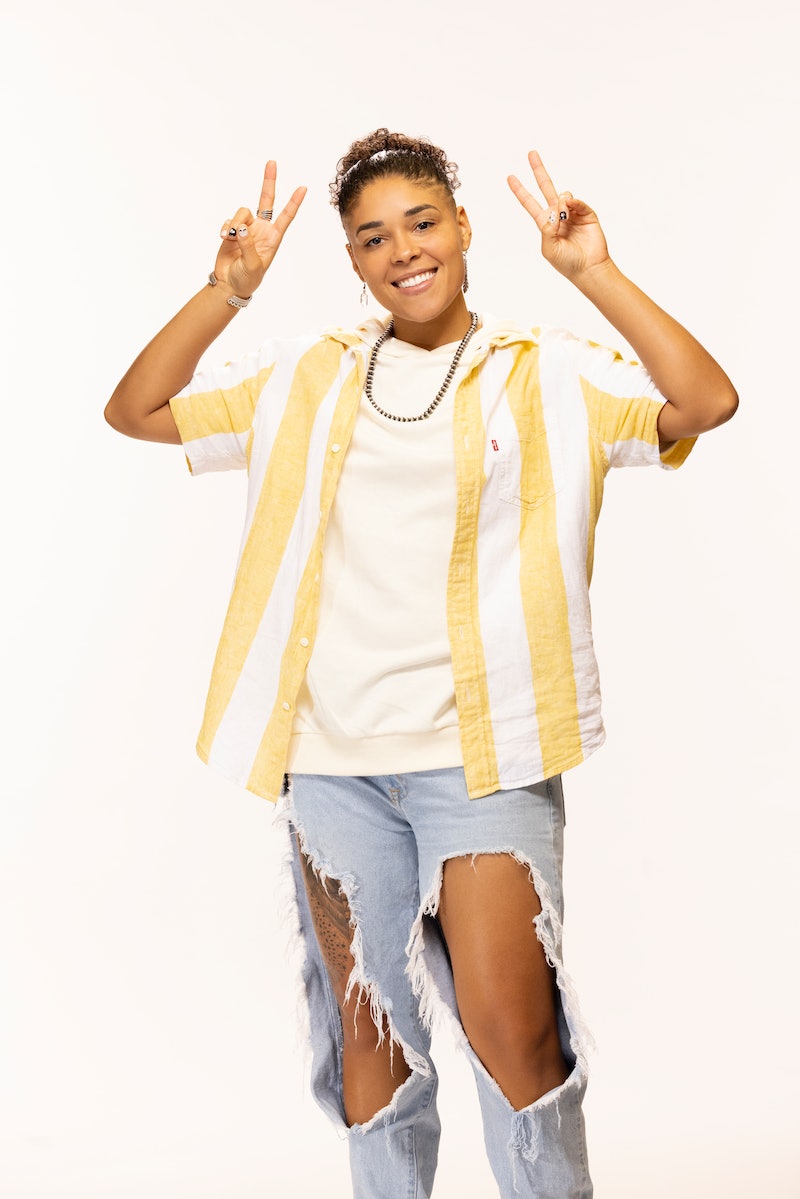 Having already accomplished the feat of becoming the 13th woman to play for the Harlem Globetrotters, The Circle Season 4’s Crissa Jackson hopes to bring that same “full-court vision” to her Netflix gameplay. “Playing with the Globetrotters was definitely a platform I never knew I would have,” the 31-year-old basketball star, who played as “Ace,” explained in her intro. “But I know where the players are cutting, who’s in front of me, who’s behind me.”

Ultimately, Crissa, who was born in Costa Mesa, California, and raised in Harrisburg, Pennsylvania, chose to enter The Circle as herself because she has “nothing to hide.” It also doesn’t hurt that she already knows a thing or two about social media: Ahead of the Netflix series’ May 4 premiere, the “basketball-influenced” content creator already had more than 13.8 million TikTok followers and another million-plus on Instagram.

Whether or not that ultimately wins Crissa the $150,000 grand prize remains to be seen, but here’s everything to know about her in the meantime.

Putting her ball-handling skills on full display, Crissa’s posts often feature her performing various tasks while simultaneously performing Globetrotters-style tricks, such as spinning a basketball on her finger. In one recent post, she even got to teach Mario Lopez a few skills, writing in an Instagram caption that she went from watching him on Saved by the Bell to dribbling with him on TV. “You rock!” Lopez wrote in her March post’s comments section.

And Lopez is hardly the only celebrity the self-described actor, comedian, model, and motivational speaker has shared screen time with. In March 2020, for example, she also posted a video with Jack Harlow, who rapped to the beat of her dribbling a basketball.

Also prominently featured on Crissa’s Instagram is her wife, Alexis, though they do a majority of their posting on their joint YouTube channel. In one 2019 Q&A with Alexis & Crissa video, they explained that they met in a San Diego club on Crissa’s birthday in 2013 and exchanged numbers. They eventually married four years later in December 2017, and Crissa became stepmom to Alexis’ daughter, Olive, who was 4 years old when they met.

“She doesn’t call me mommy, but she considers me her mom,” Crissa shared in the same Q&A. “She calls me Crissa, which is fine with me. I wouldn’t want to force her to call me anything she is not comfortable with, but when people ask, she says she has two moms.”

While celebrating their four-year wedding anniversary in December 2021, Crissa promised that they have “so many more years to come,” joking that she “wouldn’t choose anyone else to be with and annoy” for the rest of her life. Their relationship did hit a rough patch, though, when they appeared on Paramount’s short-lived reality series Marriage Rescue in 2019. Ironically, the root of their issues was Crissa’s social media usage.

“It’s just a little bit frustrating ’cause living with an influencer, an entertainer, or whatever, I mean, she’s constantly on her phone. It’s always work before me,” Alexis told host Jon Taffer in their episode. “I think she’s very selfish. She doesn’t give me attention. She doesn’t put her family first; it’s always herself.” Meanwhile, Crissa didn’t feel like Alexis “[believed] in” what she does, though they were eventually able to find common ground and strike more of a balance in their relationship.

After playing basketball for both Savannah State University in Georgia and California’s Point Loma Nazarene University, Crissa began working as a personal trainer. About three years post-graduation, she remembers getting a phone call from Harlem Globetrotter Chris “Handles” Franklin, whom she met and formed a bond with at his Harrisburg basketball camp when she was 11 or 12 years old. He invited her to a Philadelphia Globetrotters tryout, and after she “nailed it,” Crissa joined the famed charitable exhibition team in late 2015.

“You’re away from your family, but you create a whole new family, and you see the smiles on the people’s faces that come to the games,” Crissa told Penn Live in 2017. “And I’ve been to cities, states, countries, that I never thought I’d see.”

During her time on the Globetrotters, Crissa was featured in such publications as Rolling Stone, Forbes, Self, and on ESPN’s SportsCenter. She’s also collaborated with such brands as Beats by Dre, Red Bull, Amazon Music, Reebok, Converse, and Jordan. In May 2020, she reflected on her three years on the team in an Instagram post, writing, “Being put into a position where I’m able to inspire others all over the world...I was able to learn and grow so much as a person. I’m now taking the platform I built and using it to make even bigger and greater changes.”

Crissa had a “pinch-me” moment when she played in the NBA’s 2022 All-Star Celebrity Game in February. “I seriously never thought I would have been in the position I was in this weekend!! KEEP FOLLOWING YOUR PASSION AND DREAMS!!!” she captioned one post, after sharing a video of her on the court with Tiffany Haddish.