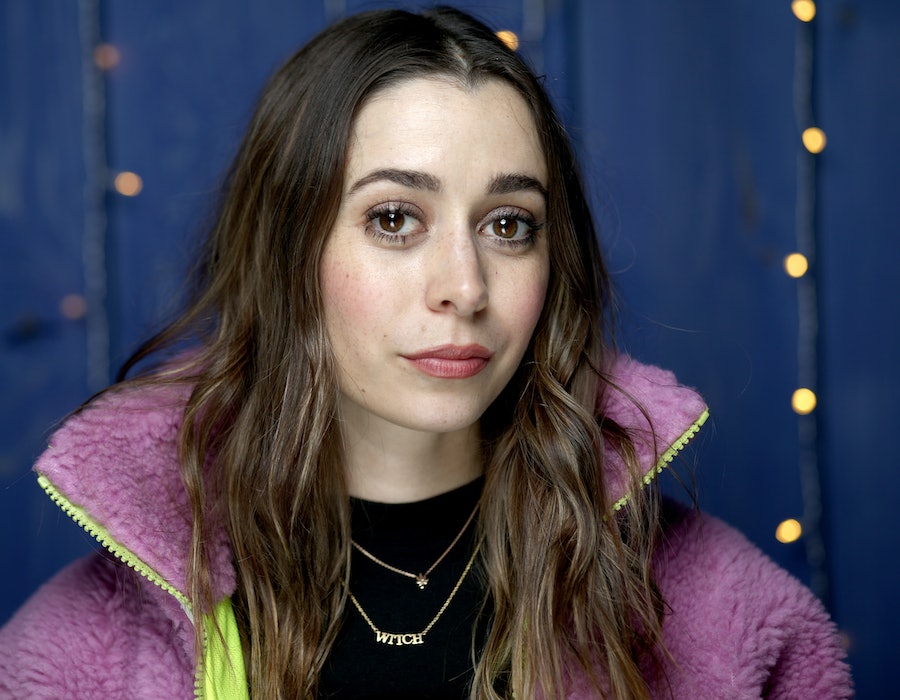 A few years ago, Cristin Milioti met with an agent at a “really fancy brunch place” to discuss her future. The agent asked if she could have any actor’s career, whose would it be? Milioti immediately knew her answer: Michael Keaton’s. When the agent clarified that he meant which woman’s career, Milioti, 34, stood her ground. “I was like, that's the one, I'm sorry. I want to be Beetlejuice. I want to be Batman. I want to be Birdman,” the actor tells Bustle.

Those characters don’t exactly mesh with the roles we’re used to seeing Milioti play. From the shy, secretive “Girl” in Broadway’s Once, to Leonardo DiCaprio’s scorned wife in The Wolf of Wall Street, to the self-sacrificing Betsy Solverson on Fargo, and the titular mother in How I Met Your Mother, Milioti’s found herself playing nice, likable young women far more often than manic poltergeists or disaffected superheroes. And while she’s flattered to be cast in those roles, Milioti’s adamant that she’s “not interested [in them] at all.”

With Hulu’s semi-sci-fi comedy Palm Springs, Milioti is finally getting a chance to break free from her pantheon of good girls. Part romantic comedy, part Groundhog Day, part Lonely Island sketch, the film follows Nyles (Andy Samberg) and Sarah (Milioti), two wedding guests stuck in a time loop and forced to relive the same day over and over again. For Milioti, the chance to play a character who describes herself as someone who “f*cks around and drinks too much,” is definitely out of her usual loop.

“I feel way more like Sarah as a human in the world,” she says. “I really love how flawed she is and how human she is. She’s so fiery, too. And I really fell in love with the idea of not being able to run away from yourself. Ironically, [it’s] so prescient.”

Sarah is the kind of wounded, complex character Milioti’s been eager to play ever since she dropped out of NYU’s acting school after a year and a half. She’d grown frustrated by the criticism from her professors, who told her she had to play a certain type, or that she didn’t have the kind of singing voice Broadway wanted. “I had this Jersey, hot-headed 19-year-old confidence where I just [said] f*ck off and then left,” she laughs. “I don't think I'd have that confidence now.”

“I had this Jersey, hot-headed 19-year-old confidence where I just [said] f*ck off and then left.”

Fifteen years later, her moral compass remains just as strong. She’s not afraid to turn down parts in films if the character doesn’t feel like a “real human.” “That's something that women get a lot, patriarchal ideals put on us,” she says. “I know what it is to be forced into an ideal because of some man's fantasy about what he thinks a woman should be.” And while she notes that the writing for female characters has improved in recent years, she often feels they’re still “very much a series of tropes.” Which is why Milioti has always been drawn to male roles. “It wasn't because they were men. It was because they got to be a full-blooded human,” she says.

Which brings us to another meeting story, this time with Disney. When the team asked Milioti how she saw herself fitting into their programming, she said she wanted to be a villain. They scoffed. It wasn’t going to happen. Still, Milioti has some ideas for another villainous dream role. “I would love to play a deeply evil basic bitch,” she says. “With terrible vocal fry. Maybe she works in some position of power at a company, but she's just a demon in heels. These are just things I'm thinking about.”