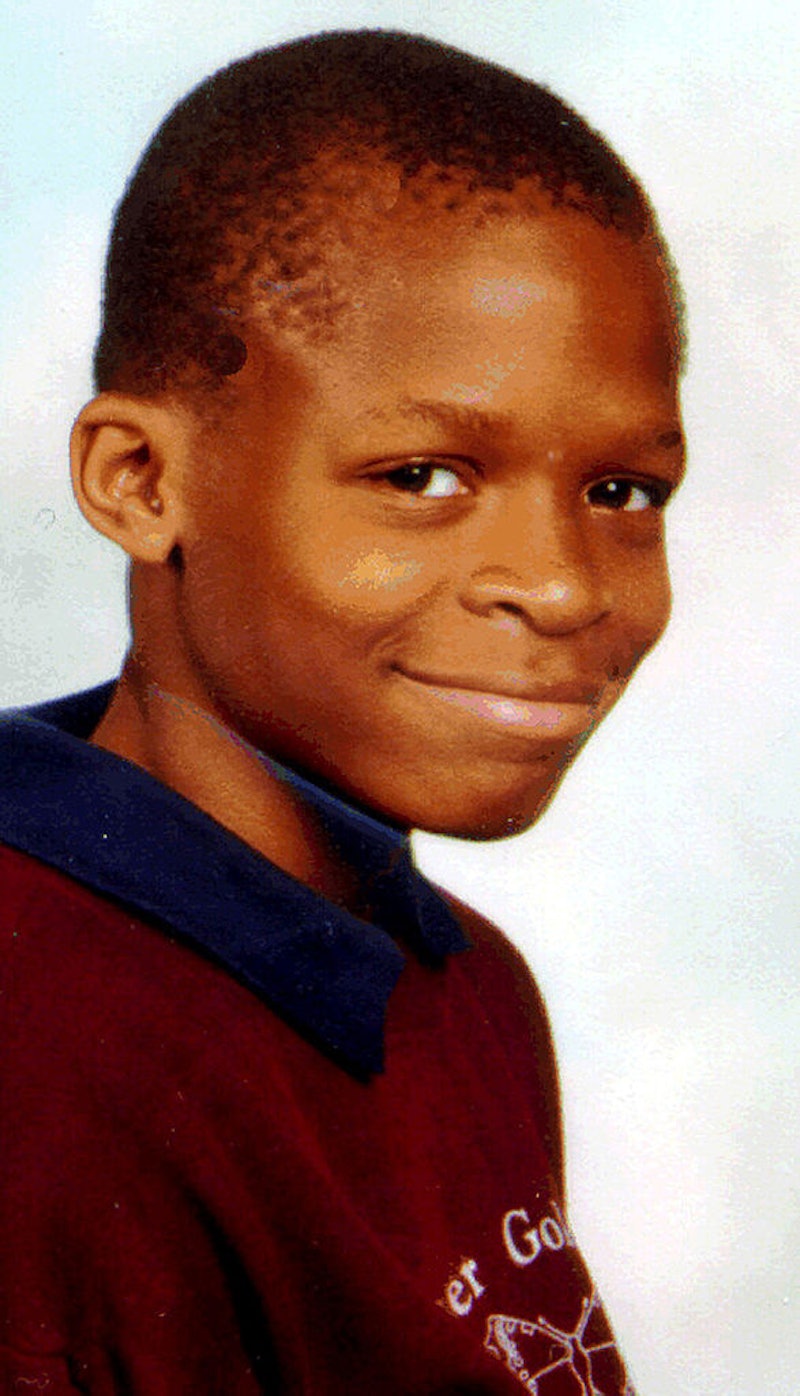 This year marks 20 years since the death of Damilola Taylor, a name and face many will remember: his half smile, his burgundy school uniform, his innocence and youth. He died on his estate in Peckham on Nov. 27, 2000, aged only 10-years-old. Two decades on, he is being remembered by his friend and neighbour, radio DJ Yinka Bokinni, in a touching Channel 4 documentary titled Damilola: The Boy Next Door.

Like Damilola, Bokinni lived on the now-demolished North Peckham Estate. In the documentary, she recalls when she first met "Dami" as she returns to South East London to retrace his last moments. Instead of focusing on his death, she warmly remembers her friend – his freckles and auburn hair, his bubbly personality, and the games they used to playing together. By tracking down friends and neighbours – many of whom haven't talked openly about the incident since it happened – Bokinni does what other documentaries on Damilola have failed to do before: to tell his story from the perspective of people who knew him as a child.

Who was Damilola Taylor?

Damilola Taylor was born in Lagos, Nigeria, in 1989, and moved to Peckham with his family in August 2000. Peckham was already known as a multicultural area with a thriving Nigerian population, giving it the name “Little Lagos”. Although the area didn’t have the best representation, as Bokinni expresses in the documentary, for the residents living there at the time, it was a community-orientated neighbourhood that they called home.

"Like so many children who die in tragic circumstances, his picture and his story remain familiar across the country," writes Bokinni for the Guardian. The 10 year-old's death was especially traumatic because of his own age – and the age of his killers. Brothers Ricky and Danny Preddie were 13 and 12 respectively at the time. Damilola was on his way home from Peckham Library when he was attacked by the brothers. He bled to death in a stairwell after a cut on his leg severed an artery. He died just 10 days before his 11th birthday. It took three years and over six trials for his killers to be convicted.

What was the aftermath of Damilola's death?

Damilola's death shocked the nation. But for many Black millennials in this country, his story was even more shocking because he was so close in age. "While the Metropolitan Police keeps figures on teen homicides, no such statistics are readily available for children," reported the BBC in 2010, "so rare are such killings." Immigrant communities who had come to the UK for a better life faced new fears over the safety of their own children.

And for the children who knew him at the time – now in their 30s – the effect is clear to see. The estate was demolished shortly after Damilola's death, and the children who lived there were physically separated. Many had not spoken about their shared trauma since leaving North Peckham Estate.

Black Sheep creator Cornelius Walker was the same age as Damilola, and also grew up in the same area. He and his family left multicultural London shortly after Damilola's death because his mother was scared for his own safety. “I didn’t know what racism was until I moved to Essex,” he tells Bokinni in the documentary.

What's happened to Peckham since 2000?

While Peckham is now known for its thriving nightlife and growing gentrification, it wasn’t always. Damilola's case put a new spotlight on Peckham and sparked new concerns about the safety of the area.

The documentary explores how two things can be right at the same time. There was community and love, as well as the repercussions of poverty and lack of support from the council. “You move people into hell and then you call them devils,” says Bokinni poignantly as she looks over clippings about her estate. Nevertheless, Peckham has delivered so much talent: musician and actor Ashley Walters, Star Wars’ John Boyega, and footballer Rio Ferdinand to name but a few.

“It’s like he was abandoned by society,” said one of the police officers working on the case in the documentary. But for Yinka Bokinni and many others who saw their childhood in Peckham through “rose-tinted glasses,” Damilola was loved; he had friends and was a part of their close-knit community.