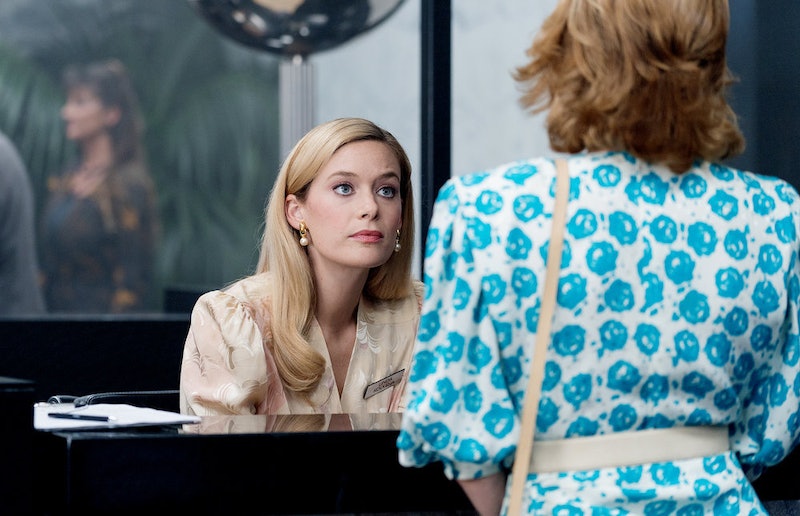 Linda Kolkena was one of the victims of the double murder that rocked La Jolla, California in 1989, but her name is hardly mentioned in mainstream news reports. Instead the papers, just like USA Network's second season of Dirty John, mainly focused on the vengeful killing of Dan Broderick by his ex-wife Betty, with outlets as prestigious as the LA Times sometimes stooping to tabloid headlines (see: “San Diego Killings Make Bitter Divorce Final.”) In these tellings, Dan’s new wife Linda was merely caught in the crossfire of the feuding exes; Dan Broderick and Linda Kolkena's relationship wasn't a love story cut tragically short, but motive for the crime that claimed her life.

According to the LA Times, which covered the local murder and the trials that followed comprehensively, Linda was “frightened” of Betty's erratic intrusions into her life with Dan. “She indicated to me they were surprised by the ex-wife in the house one night. It scared the hell out of her, and she asked me to speak to Dan about it,” one friend of Linda's told the paper. By a separate account, she asked Dan to wear a bulletproof vest on their wedding day after Betty stole their wedding guest list. Dan declined, but they did hire security.

Before the murders, though, sympathy around tony La Jolla still tended to lie with the mother of Dan’s four children. According to a neighbor of the Brodericks, “local housewives were sympathetic to Elisabeth because it appeared she had been dumped for a younger woman.” If Betty was the wronged party, it couldn’t have happened without Linda's involvement.

There are a number of unflattering shorthands that run across contemporaneous press accounts of Linda, who was Dan’s receptionist before she became his wife. She was “a stunning former stewardess”; “a newly hired 22-year-old” who “knowingly dated a married man”; and “a teenaged office bimbo.” Betty might have terrorized the newlyweds — she admitted to leaving them obscene voicemails — but Linda could give as well as she could get by Betty's account. In one allegation widely covered by the press at the time, Linda sent Betty a photo of her and Dan that appeared in a San Diego magazine with a note that said, “Eat your heart out, bitch!”

For a Ladies’ Home Journal reporter who had been dispatched from New York to cover the trial, Linda and Dan weren’t the victims that most interested readers. She told the a California reporter that her magazine editors were “intrigued” by the story of a woman who “spent virtually her entire adult life taking care of her children,” but gets “left for another woman.”

More like this
Police Never Found Enough Evidence To Charge Sharon Marshall’s Killer
By Brad Witter
'Line Of Duty's Writer Just Dropped A Bombshell About Steve & Kate
By Catharina Cheung
Where Is Oscar Torres In 'Only Murders In The Building' Season 2?
By El Hunt
Here's Where Your Favorite Characters Stand After The 'Stranger Things' 4 Finale
By Grace Wehniainen
Get Even More From Bustle — Sign Up For The Newsletter