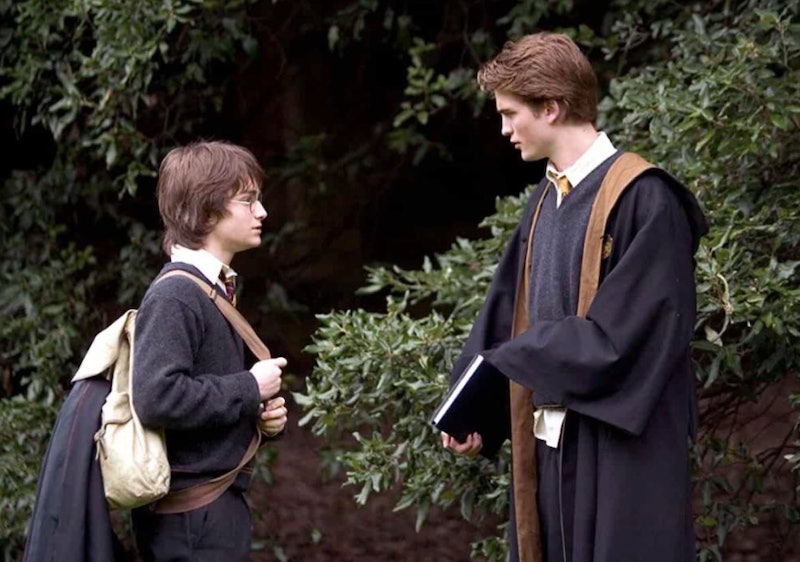 Although they appeared in the Harry Potter movie franchise together, former co-stars Daniel Radcliffe and Robert Pattinson have a rather strange relationship.

Prior to his Twilight days, Pattinson was better known as the character of Cedric Diggory in Harry Potter and the Goblet of Fire, during which he shared some pretty intense scenes with Radcliffe’s Potter, including the Triwizard Tournament and that graveyard scene in the film’s final act.

So, many fans might assume that sharing an experience as unique as this would lead to an off-screen bond. However, this is not the case.

Speaking on The Jonathan Ross Show, Radcliffe had nothing but kind words to say about his former Harry Potter co-star, but revealed that the pair have a “very strange” relationship and haven’t actually spoken in a very long time.

“I was in New York about to do Equus [when] I turned around and saw this billboard and I was like, ‘What, I know that guy!’ I hadn’t heard of the Twilight books at the time. I hadn’t been aware of that phenomenon,” the actor disclosed.

“It’s odd. We have a very strange relationship now where we basically only communicate through journalists. We haven’t seen each other in ages. Because everyone assumes we’re kind of great mates.” Radcliffe concluded, “I’ve met him, he’s a lovely guy when I worked with him.”

There’s a lot buzz around Harry Potter at the moment as the HBO Max special Harry Potter 20th Anniversary: Return to Hogwarts is set to air on New Year’s Day here in the UK. During the special, Radcliffe, Emma Watson and Rupert Grint will reunite and revisit the making of the film that changed their lives forever.

The trio will be joined by a string of other major names from the Harry Potter universe, including Tom Felton, Helena Bonham Carter, Ralph Fiennes, Jason Isaacs, Gary Oldman, James Phelps, Oliver Phelps, Bonnie Wright, Alfred Enoch, and Evanna Lynch, among others. However, Pattinson has not been named in the line-up.

Harry Potter 20th Anniversary: Return to Hogwarts will air on Sky and NOW in the UK on New Year’s Day.