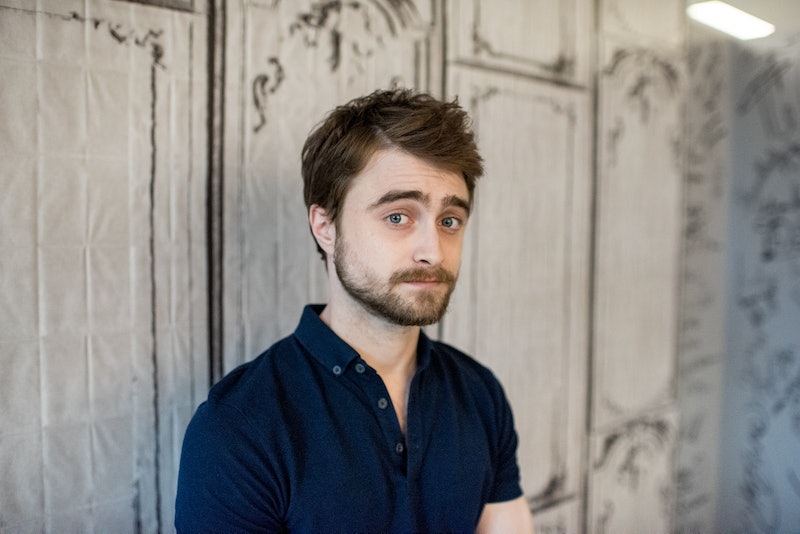 The highly anticipated HBO Max’s Harry Potter 20th Anniversary: Return To Hogwarts Special is expected to bring both magic and plenty of behind-the-scenes secrets when it airs on New Year’s Day. In the upcoming special, the cast and crew, including stars Daniel Radcliffe, Emma Watson, and Rupert Grint, return to Hogwarts to relive some of the best moments from their days on set. It turns out that the actors’ walk down memory lane (or rather, Diagon Alley) also reveals Daniel Radcliffe had a crush on Helena Bonham Carter.

The secret was unveiled in a clip from the reunion special where Radcliffe and Bonham Carter reunite in the Gringotts Bank where their characters famously went head-to-head in the 2011 film Harry Potter And The Deathly Hallows. As many will remember, Bonham Carter played the brilliantly chaotic and very evil witch Bellatrix Lestrange, while Radcliffe played then 17-year-old student-wizard, Harry Potter.

Ahead of the reunion Helena Bonham Carter — or “HBC” as she is affectionately known — dug up an autograph she asked Daniel Radcliffe to write after wrapping up filming on the final Harry Potter film, The Deathly Hallows Part II, which was released in 2011. And the contents of the note are pretty epic.

Visibly cringing, Radcliffe, now 32, read aloud his teenage note for this first time: “Dear HBC, it was a pleasure being your co-star and ‘coaster’ — in the sense that I always ended up holding your coffee.”

Hilariously, he goes on to read: “I do love you and I wish I was born 10 years earlier as I might’ve have been in with a chance. Thanks for being cool.”

In the upcoming special, Radcliffe isn’t the only actor to reveal that they had a crush on a fellow co-star, with Emma Watson detailing the very moment she “fell in love” with co-star Tom Felton (Draco Malfoy).