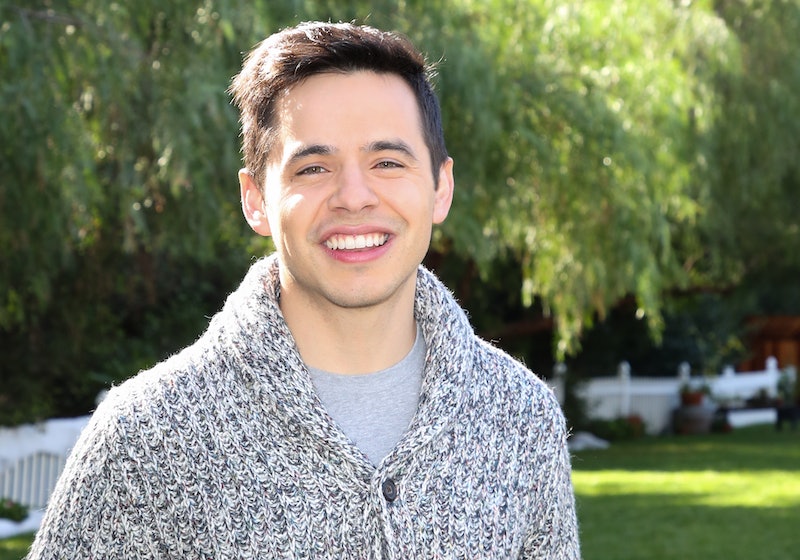 American Idol alum David Archuleta took to Instagram on Saturday, June 12 to share a deeply vulnerable and inspiring post regarding his sexuality. Although he came out to his family seven years ago, he was candid that today he is “not sure” of how he specifically identifies.

“I like to keep to myself but also thought this was important to share because I know so many other people from religious upbringings feel the same way,” the 30-year-old captioned a selfie. “I’ve been open to myself and my close family for some years now that I am not sure about my own sexuality. I came out in 2014 as gay to my family. But then I had similar feelings for both genders so maybe a spectrum of bisexual. Then I also have learned I don’t have too much sexual desires and urges as most people which works I guess because I have a commitment to save myself until marriage. Which people call asexual when they don’t experience sexual urges.”

The singer made a point to honor the nuanced and full spectrum of sexuality experienced by the LGBTQIA+ community, noting, “There are a lot of unique experiences people feel and live that make them feel isolated and alone that are represented.”

Archuleta also bravely shared his struggle to balance his religious beliefs with his sexuality, asking people to “please consider making room to be more understanding and compassionate to those who are LGBTQIA+” and who are also “wrestling to follow their beliefs.”

“I think we can do better as people of faith and Christians, including Latter-day Saints, to listen more to the wrestle between being LGBTQIA+ and a person of faith,” he continued his post. “There are more than you may realize going through that wrestle after all the misunderstandings that come with it. I don’t think it should come down to feeling you have to accept one or the other. For me to find peace the reality has been to accept both are real things I experience and make [me] who I am.”

The Season 7 runner-up has been openly dedicated to his Mormon faith. Following the success of his self-titled album, he took two years off from music so that he could go on a mission trip to Rancagua, Chile for the Church of Jesus Christ of Latter-day Saints. The Mormon church has shared anti-LGBT policies in the past.

Archuleta continued to share his message of compassion and inclusivity in the post comments, adding, “For people who don’t really understand how feelings outside of just being heterosexual can be possible and OK I just plead that you be more understanding to people who experience and struggle with things that you may not experience and understand yourself.” He again spoke to his own experience, saying, “I’ve tried for almost 20 years to try and change myself until I realized God made me how I am for a purpose. And instead of hating what I have considered wrong I need to see why God loved me for who I am and that it’s not just sexuality.”