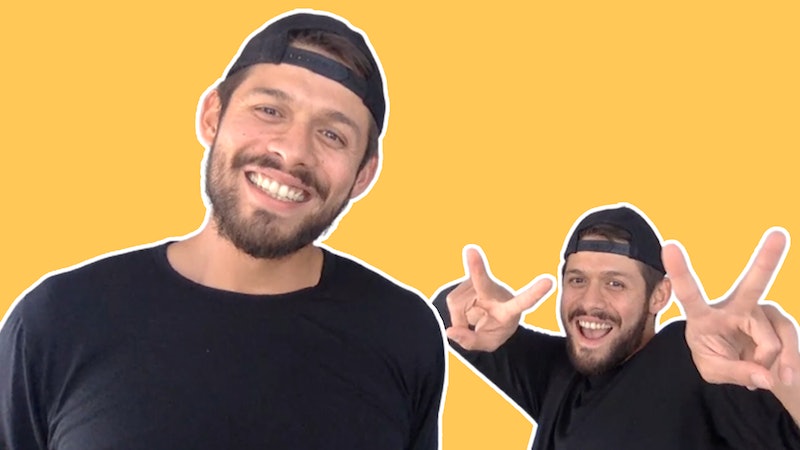 On Netflix's The Umbrella Academy, David Castañeda plays a "sobby, f*ckboy" from a dysfunctional family of superheroes, and his entire goal is to help save the world. Off-screen with Bustle, Castañeda claims he can help save the human race from a totally different kind of threat: having to talk to people at parties. It takes a series of killer dance moves, but according to him, anyone can do it — you just have to have the right mindset.

"The key for people to pick up these dance moves is to basically not want to talk to anyone at a party," he says.

Castañeda gets into some of his favorite grooves and moves, each one of them inspired by his own personal experience on the dance floor. Moves include:

The Wave: "This move specifically can give your grandma a heart attack, because grandmas don't expect you to look this cool."

Pop Locking: "You can incorporate this into the beat of everything you do."

A Move To Make People Forget Your Previous Moves: "When I first started, I was treated as the kid that would clean the dance floor with my whole body, because I would throw myself on the floor and I'd start doing the helicopter and I'd start doing the worm and all these things. My shirt would end up so dirty, and they'd say, 'Yo, let Junior dance first. He'll clean up the whole floor, and then we'll take over.'"

A Move For Anyone Who's Willing: "You gotta keep a serious face when you floss. It doesn't work if you're laughing. You gotta be mad. Someone gave you a parking ticket. You're f*cking pissed."

See more of Castañeda's dance moves in the video above.