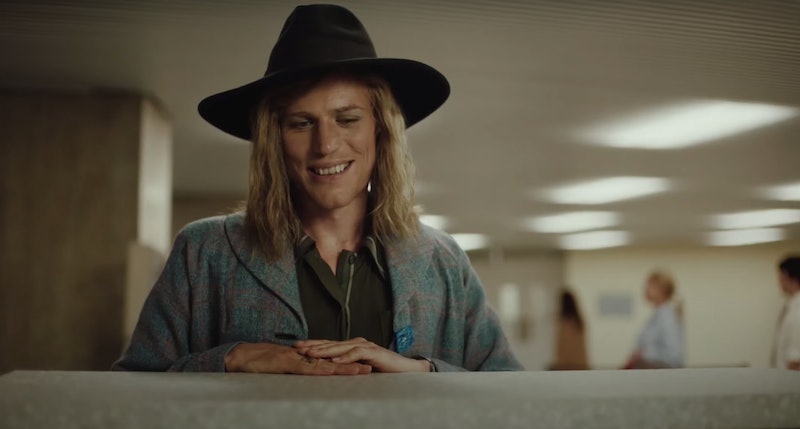 "David before Bowie." That is how the new David Bowie biopic, directed by Gabriel Range and starring Johnny Flynn, is described. In it, Flynn portrays the superstar at the beginning of his career – well before Ziggy Stardust and The Thin White Duke – as he attempts to break America and become the star we now recognise. The first trailer of Stardust was released, much to the chagrin of fans.

Released ahead of the film's official premiere at the Raindance Film Festival, it was met with criticism online. "Just no," as NME reports.

Many were quick to point out the biopic's credentials. Bowie's family did not grant Range the right to use any of the star's music. The trailer shows how they tried to capture the essence of Bowie through other means, mainly his wardrobe. One of the most recognisable outfits being the cream and blue satin dress worn on The Man Who Sold The World album cover.

"The intention was always to make it not need the Bowie music," Flynn told Bustle. "It's about where the songs that we know come from, rather than just the songs that we know. It's not a greatest hits compilation, it's kind of like, 'What are the origins of this person that we all know so well?'"

Set in 1971 and preceding the recording of Hunky Dory, which famously featured 'Life on Mars?', Stardust is essentially an origin story. "I want to take my fantasies on stage with me," Flynn says as the musician in the trailer. "Rock star or somebody impersonating a rock star? What's the difference?"

Stardust is set to debut in theatres on November 25.

More like this
You’ll Definitely Recognise Isadóra Bjarkardóttir Barney’s Mum
By Maxine Harrison
Stephen Graham & Steve McQueen Are Working On A Wartime Drama
By Darshita Goyal
Channing Tatum “Nearly Killed” Salma Hayek During 'Magic Mike' Lap Dance
By Sam Ramsden
Jemima Khan Used Her Own Life As Inspo For 'What’s Love Got To Do With It?'
By Darshita Goyal
Get The Very Best Of Bustle/UK
Sign up for Bustle UK's twice-weekly newsletter, featuring the latest must-watch TV, moving personal stories, and expert advice on the hottest viral buys.