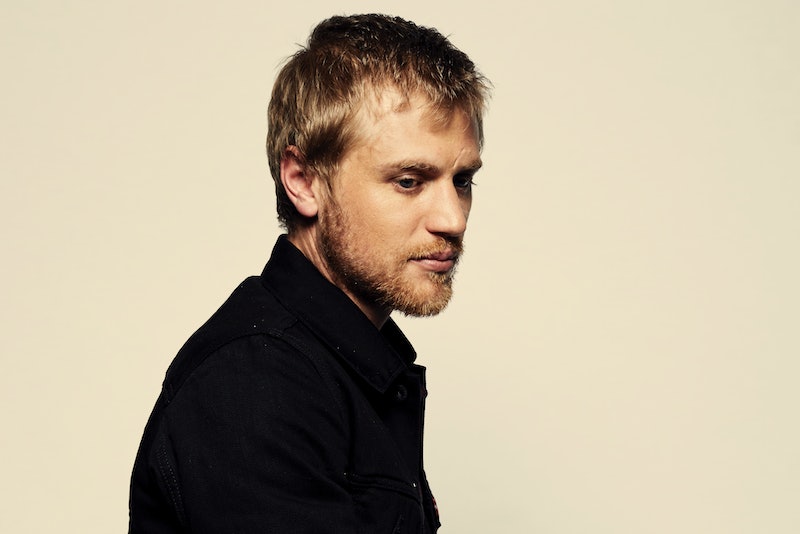 Johnny Flynn has some very unusual methods for getting into character. One is assigning them an element: earth, water, air, or fire. George Knightley, who Flynn plays in Autumn de Wilde’s adaptation of Emma, is “very earthy,” the actor explains. “He’s stuck in this very grand house but he actually wants to be lying down in the woods.”

What about David Bowie, Flynn’s next role, and his biggest to date? “Bowie is air,” he says. At least the Bowie he’s playing – an artist still figuring himself out creatively, yet to discover his Ziggy persona, floating from club to club in 1970s New York City – is. “He's [got] that sort of super changeable and lost-in-the-wind kind of feel,” Flynn tells me. “He is very confused at the time that we tell the story, which is a very tiny, specific moment in his life.”

This last point is something Flynn is keen to emphasise. Stardust made headlines in February 2019 after Bowie’s son, Duncan Jones, disallowed the creators from using any of his father’s tracks. While Flynn calls this response “absolutely fair enough,” he stresses that the film is very respectful towards the late singer. Rather than a “sprawling biopic,” it’s a “homage to young artists everywhere,” the actor explains, adding: “The intention was always to make it not need the Bowie music … It's about where the songs that we know come from, rather than just the songs that we know. It's not a greatest hits compilation, it's kind of, like, ‘What are the origins of this person that we all know so well?’”

To fully understand Bowie as a young songwriter, Flynn used another unusual preparation method: he wrote a song himself. (He wrote a song for Emma., too. “Queen Bee” is “a love song for Emma from Knightley's perspective,” he says, “but with some banter and wit.”) The 36-year-old is an experienced folk musician, having toured across the world with his band The Sussex Wit. “I wanted to write a song that could have been typical of what [Bowie] was doing at the time, which was trying to emulate early underground stuff,” Flynn says. “Good Old Jane” will be released closer to the film’s release date.

In a recent interview with the Times, Flynn described “Good Old Jane,” as “a song that sounds like David trying to do Lou Reed” – something that landed him in hot water with a few Twitter users. “Somebody tweeted at me, ‘Not lacking in self confidence, are you mate?’” Flynn recalls. “It's like, yes I know. I'm not saying it's as good as that. It's me trying to do David trying to do Lou.”

Flynn doesn’t care for cancel culture, nor social media in general. It’s something he thought a lot about while rereading Emma. The novel is “simple” but “profound in its implications,” the actor says, Emma Woodhouse being a complex, flawed character who makes many mistakes along the way. Her journey of self discovery wouldn’t necessarily survive the level of scrutiny people are exposed to these days, Flynn says. “In the age of social media, when people are so forthright and sure about what side of the political argument they're on, and how people should behave and all that stuff, in one tweet … there's no room for people to say, ‘Sorry, I made a mistake.’ Or to grow, or, you know? It's interesting to me to think about … a story where there's that sort of evolution. Because it is subtle, but it's actually really important.”

Subtle is perhaps one way to describe Emma. Austen’s tale of village gossip and ill-fated matchmaking is parochial, quaint, and lacking in the sort of high drama that today’s blockbusters rely upon. “Nobody actually dies, but people feel like they're going to die all the time,” Flynn jokes, referencing the frenzy Emma’s characters often work themselves into.

While many actors find muted drama difficult to work with, Flynn loves digging into the subtleties of literature and art. His most recent studio album, Sillion, is teeming with cultural references; the song “Wandering Aengus” was inspired by a W. B. Yeats poem, for example, and “Barleycorn” (named so because of Robert Burns’ ballad) has a recording of Alfred Lord Tennyson reading the “Charge Of The Light Brigade” playing underneath it. Much of our interview is spent analysing Austen characters and motifs, and Shakespeare is mentioned at least three times in the 20 minutes we have together. In the lead up to Emma., Flynn made a number of trips to the National Portrait Gallery (“the Regency section is amazing!”) to sit in front of a painting of the English poet John Clare. Something about the “kindness of his eyes” inspired Flynn in preparing for Knightly, he explains. His artistic leanings border on softboi behaviour at times, but the lack of pretense makes them endearing as opposed to offputting.

It’s obvious Flynn was a man made for a different era, but we can’t wait to see what else he does in this one.