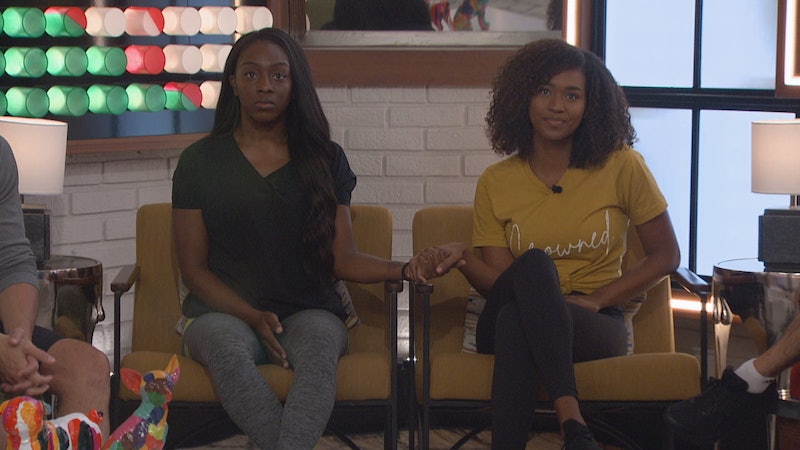 Before every eviction, the nominated Big Brother houseguests get to make a speech. Usually the contestants use that time to shout out their family or plead for their fellow players to keep them in the game. But on Thursday's episode of Big Brother, Da'vonne Rogers and Bayleigh Dayton used their speeches to stand up for Black lives. Their speeches were short, but moving, and they had all of Twitter talking. Former Big Brother winner Andy Herren praised the moment, tweeting, "THAT is how you make a point and also take advantage of the fact that millions are watching you."

Da'Vonne, who has been asking for justice for Breonna Taylor every week during her live vote, spoke first.

"Still screaming justice for Breonna Taylor and every other Black life that has been taken unjustly and unfairly simply because of the color of their skin. All lives can't matter until Black lives matter, and that includes Black trans lives as well."

She hit on several important issues in just a few seconds, including the value of Black trans lives in the Black Lives Matter movement. Last year, CNN reported that the majority of violence against people who are transgender happens to Black trans women. Out of the reported 157 transgender and gender non-conforming people killed between 2013 and 2019, 111 were Black trans women.

Bayleigh followed Da'Vonne's speech, and she made a similarly important point. "As far as you showing the world that Black girls don't have to compete and we can love on each other and support each other, I thank you for doing that, my sister."

Bayleigh and Da'Vonne connected early on in the game, forming an alliance they called Black Girl Magic. It's this closeness that eventually landed them on the chopping block together, as Head of Household Christmas Abbott worried that they would always prioritize each other over her. Bayleigh was eventually voted out on Thursday, leaving Da'Vonne alone in the game as the last remaining Black woman. There are two other Black houseguests: David Alexander and Kevin Campbell, who is biracial. Both have been mentioned as being potential nominees this week.

There has never been a Black winner of Big Brother, and the contestants who could change that have an uphill battle this season. But Bayleigh will certainly be rooting on Da'Vonne from the outside of the house.