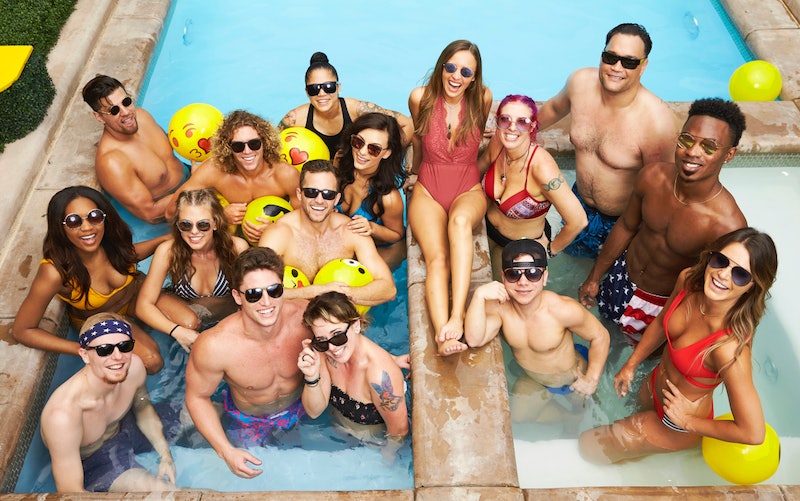 Being a black Big Brother fan has never been easy; the show has had its fair share of racial controversies, particularly in Season 15. But Big Brother 20's most recent racial controversy — houseguest Kaitlyn Herman said the n-word when randomly rapping the lyrics to Drake’s “0 to 100,” and also made microaggressive remarks toward the show’s two black houseguests on the show’s live feed — puts the show’s problematic history with race back in the spotlight. Though CBS said in a statement that it “does not condone” this kind of behavior and will not broadcast any future incidents like this, it highlights just how direly Big Brother needs to rearrange its priorities and address its shortcomings head-on when it comes to race.

Black houseguests typically fall into the archetypes of the “angry black man/woman,” the “intense black man/woman” or one of the show’s most popular — “the religious outcast.” Dayton and Williams initially subverted these stereotypes (they even became involved in a rare showmance, which is notable because black love is hardly ever depicted on television) but their edits have slowly been molding them to fit these narratives, particularly in Williams' case. And like in most previous seasons, Season 20 also includes a very early dismissal of at least one black houseguest: Williams was sent packing this week, becoming the second houseguest to get evicted overall.

Williams was certainly a personality in the house, but the microaggressions he endured from other houseguests and the way his edits magnified him arguably contributed to his downfall. Angie “Rockstar” Lantry, one of the houseguests allied with Dayton and Williams, noted the disconnect between Williams’ depiction on the show and his actual personality recently on the live feed, which provides viewers with a 24/7 look at the houseguests’ uncensored and unedited activity. “I think the most surprising thing about this house is how everybody was immediately like ‘Swaggy is so aggressive,’” she said. “What are you guys saying? Swaggy don’t [sic] scare me at all.” In a second conversation on the live feed, in response to alliance member Haleigh Broucher's point that Williams was targeted for eviction because he “started everything so early,” Lantry replied, “He didn’t start everything so early. He was just black.”

Fellow houseguests Angela Rummans and Rachel Swindler kicked off the racist remarks this season, with Swindler telling Rummans, who is white, that her skin was as dark as Dayton’s and that she was beginning to “change ethnicities.” Swindler agreed, saying that she was “looking ghetto here with the skin coloration." In the same conversation, the duo also called Williams’ hair “gross,” comparing it to that of a rodent. Recalling when Williams cut his hair, Rummans even went as far as to exclaim, “Imagine if my toothbrush had been out!” Houseguests also speculated that there had to be some odd reason why he was selected to be cast on the show, positing that he was secretly an NBA player, or perhaps bisexual (Williams is neither).

Not only have Dayton and Williams been unfairly targeted (which may or may not be racially motivated), but Season 20 has had arguably the most racist remarks and microaggressions since in the infamous Season 15, which featured a slew of racist, homophobic, sexist, and anti-Semitic remarks by houseguests. At the time, in 2013, CBS only said it did not condone the contestants’ remarks, but given that this has become an issue again, it is extremely troubling that CBS would prefer to throw up its hands and place the blame solely on the houseguests that it casts rather than take some responsibility for giving houseguests who make racist or otherwise offensive remarks a platform without policing how they use it — even if it’s only on the live feed, and not on the actual broadcast.

Of course, casting a reality show contestant with a history of unsavory political views or other skeletons in the closet is an issue that’s hardly limited to Big Brother. ABC’s attempt at making history with the first black Bachelorette, Rachel Lindsay, in 2017 came with its fair share of road bumps and microaggressions, from a white contestant telling Lindsay “I’m ready to go black, and I’m never coming back,” during his introduction to a now-infamous “race card” storyline between a black contestant and a white contestant, which pit them against each other seemingly to stoke ratings. Though Big Brother’s situation is different only in that the most offensive words and actions of its houseguests have not been actually broadcast, but are relegated to live feeds available to CBS subscribers, the structure of the show and its touting of fan access to the feed means Big Brother should still take responsibility for what goes on there.

So, the question is, where do we go from here?

The ideal scenario would be to thoroughly vet contestants with a sensitivity toward any prejudices they might have. One would assume the show has seemingly done as much as it can to not cast racists, but it seems as if “good television” is prioritized over making diversity an important component of the competition and the well-being of the diverse houseguests.

In terms of this season, should the network continue to warn houseguests to suppress their problematic attitudes and behaviors instead of showing themselves for who they really are? If CBS and Big Brother really wanted to make a change, they should use the platform they’re giving to contestants who make offensive remarks to actually expose them for who they are, instead of in some cases, editing them out completely (like in Season 19). In order to even begin to reach the tip of the iceberg in reconciling this competition’s consistent racial issues, Big Brother must finally address them head-on — not through blanket statements and putting a bug in houseguests’ ears, but actually during the episodes that air on CBS.

The disconnect between what is shown on the live feed and the final product that airs every Wednesday, Thursday, and Friday night is inherently a huge part, and arguably a source of the issue. Viewers who only casually watch what airs on CBS only see half of the story, and each houseguest is given a particular edit by producers to fit in that hour-long time block. For example, instead of focusing on dialogue about things like Dayton speaking out about her personal battles with depression and sexual assault on the live feed, what we got in one of the CBS airings was a lengthy amount of time devoted to Dayton’s reaction to possibly being evicted — which would be no different than anybody else’s.

Although hardcore fans view the live feeds, general viewers of the show have no idea what goes on there and only get their knowledge through the edits that are given. Editing the show in a way that excuses prejudicial remarks made by the houseguests is a disservice to all involved, not only because it misrepresents houseguests to viewers, but because how they appear on air often directly affects gameplay and viewers’ involvement in it (viewers are able to vote for things like “America’s Favorite Houseguest” and choose houseguests to win perks). An ideal situation would be for CBS to include these bigger live-feed moments that blow up on social media — particularly the offensive ones — as plot points on the show, chronicling how everybody reacted to them rather than protecting those who made the remarks by shielding them from a larger audience.

Changing the show’s attitudes toward race won’t be easy; even the Big Brother fandom has its own problems with racism. But if CBS continues to dodge its responsibility to address Big Brother’s racial issues head-on, there is no way we can expect fans to change their actions, either, and stop abusing PoC houseguests online.

Unless Big Brother makes these changes, it’s hard to feel as though, as a black viewer of the show, Big Brother is meant for me. If these situations are routinely left unaddressed on-air, it may come off as a ploy for ratings and chatter, which leaves us as viewers wondering: Who is the real audience here? Big Brother may not be above milking racism for ratings, but it's always good to be on the right side of history.