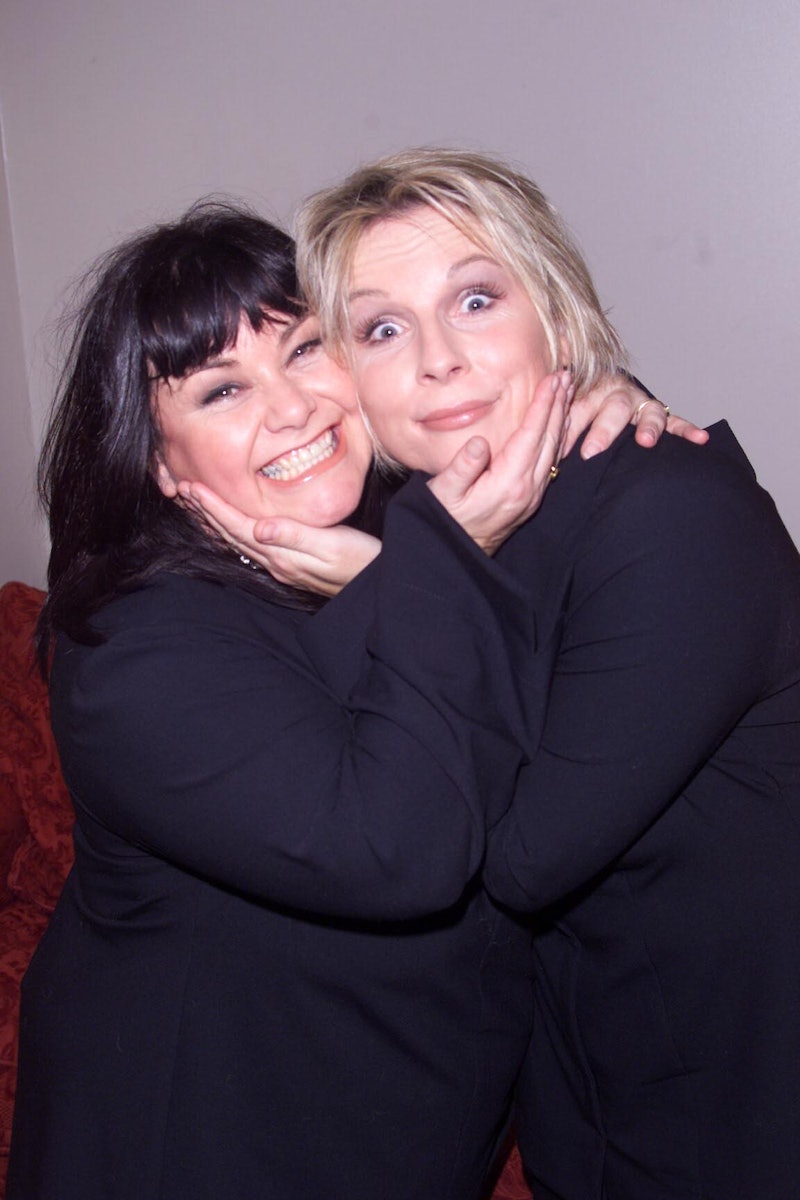 Comedy legends Dawn French and Jennifer Saunders may be considering making a TV comeback, as they discuss ideas for a potential new sitcom together.

The duo are best known for their hugely popular sketch show French & Saunders, which had a 20 year run on the BBC, but they’ve also collaborated on many other projects, the most recent being their hilarious Audible podcast Titting About. In an episode released on Aug. 25, the two jokingly pitched a new sitcom called Loose Trousers – but could it become a reality?

While the conversation started as a joke, the two revealed in an interview with Radio Times on Aug. 26 that it had prompted them to seriously consider the possibility of creating a new show.

French explained: “Funnily enough, making jokes about a kind of sitcom that would have us in loose trousers and filming close to home and having plenty of snacks on demand started us thinking: ‘Well actually, that wouldn’t be such a bad thing.’ And then we did have a conversation. We had lunch the other week and we were talking about what might be possible.”

She continued: “But I think nowadays the thing that would be a priority for us is for it to be good fun. There isn’t really another reason for us to do something unless it’s fun. There will be a moment where somebody comes along, whether it’s a director, a producer or our agent, who goes, ‘Can you stop just chatting now and can we actually film it?’ And that’s when it will turn in.”

Speaking of the possible project, Saunders said: “I think we want to talk about it, make it in our front room, and then no one ever see it.”

So it sounds like we’ll just have to wait and see on that one. But don’t worry – along with their hilarious podcast, we can look forward to seeing the comedy duo reunited elsewhere before too long. This time on the big screen.

The pair are set to appear in an upcoming adaptation of Agatha Christie’s Death on the Nile, with Kenneth Branagh both directing and starring as detective Hercule Poirot.

The film was initially set to release in 2020 but was delayed due to COVID-19; it will now open in cinemas on Feb. 11 2022. With Saunders playing wealthy American socialite Marie Van Schuyler and French as her nurse Mrs Bowers, we’re sure there will be some side-splitting moments to look forward to.