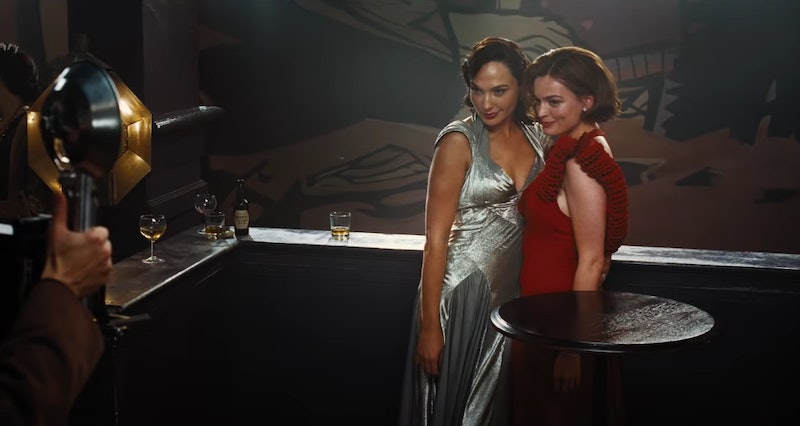 Death On The Nile is one of the most anticipated movies of 2020, and as it's hitting cinemas next month, we've not got long to wait to check out the star-studded spectacle. If you're not familiar with the storyline, the film will be exciting for you in more ways than one, most notably because you will not be prepared for the drama of this plot. If you want to keep the suspense, stop reading now, because I'm about to reveal some spoilers about how the Death On The Nile book ending has the most unexpected twist.

Let's start with the basics. The story, written by Agatha Christie, is a mystery set in the 1930s in Egypt. It features famous literary detective Hercule Poirot, who is — true to form — on hand to solve a murder.

The plot centres on the lives of socialites Linnet Doyle, Jacqueline de Bellefort, and Simon Doyle. Linnet recently married Simon, despite the fact he was engaged to her former friend de Jacqueline at the time. So, as you can imagine, things have gotten a little messy.

Enraged about the marriage, Jacqueline begins stalking and harassing the couple, turning up wherever they go. During a boat trip that Poirot is also on board for, Linnet ends up dead and Simon is shot, sparking an investigation in true Christie form. During the course of the story, two other characters are also killed, making it a triple murder investigation for the famous Belgian detective.

The ending of the book is full of twists and turns, most notable of which is that the murderer is actually revealed to be Simon himself. He had married Linnet as part of a ploy he devised with his true love Jacqueline in order to steal her money.

However, there's an extra surprise twist when Jacqueline shoots both herself and Simon after they confess in order to avoid the gallows back at shore. More shockingly, Poirot knew she possessed the pistol she used but had allowed her to take her own life as an act of mercy.

The 2020 movie version features an all-star cast including Gal Gadot as Linnet, Emma Mackey as Jacqueline, and Armie Hammer in the role of Simon. Kenneth Branagh reprises his role of Hercule Poirot and is also accompanied by the likes of Letitia Wright, Rose Leslie, Russell Brand, Jennifer Saunders, and Dawn French.

It's not yet clear whether the film will take the same twists and turns as the book does, and how it will end, but going by Branagh's interpretation of Murder On The Orient Express, I don't imagine it'll deviate too far from the original plot.