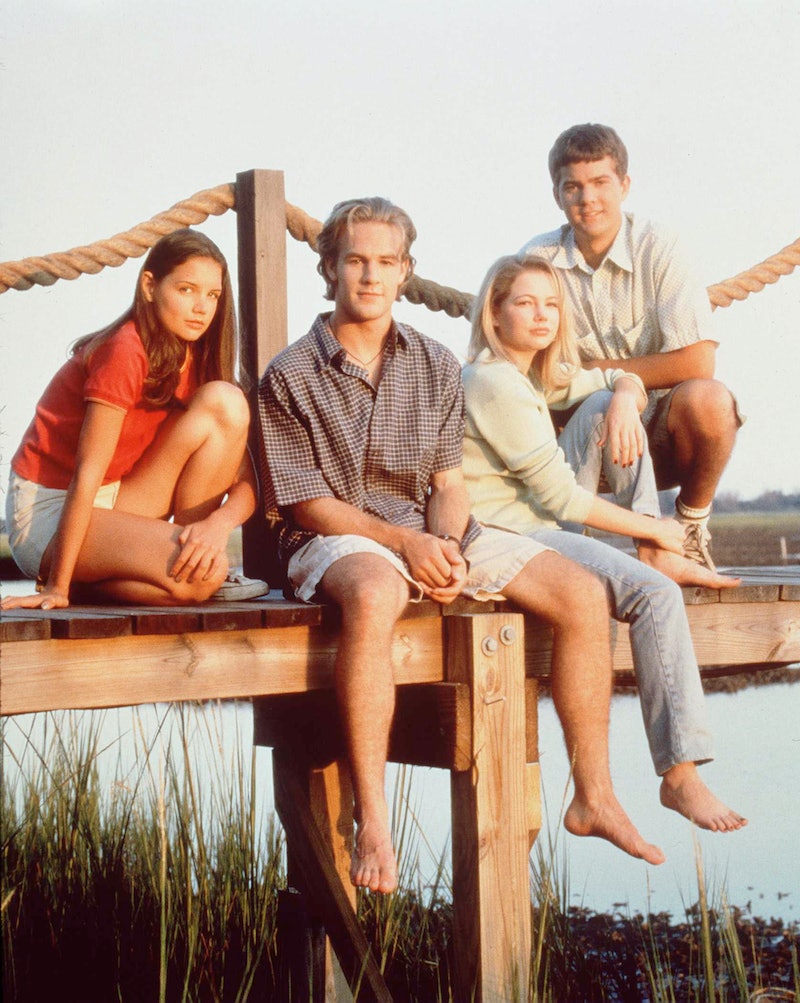 Dawson’s Creek no longer has to be experienced without the magic of its original theme song. Following years of the beloved teen drama series streaming without “I Don’t Want to Wait,” Sony has officially ironed out rights issues and brought back the Paula Cole hit. Netflix, the show’s current streaming home, dropped the big announcement on Twitter on Friday, Sept. 3, prompting fans to celebrate.

“Dawson’s Creek fans, I’m thrilled to announce that — at long last — you will hear Paula Cole’s iconic song I Don’t Want to Wait when you watch the opening credits!” Netflix tweeted.

Cole was one of the many who was excited. Responding to the streamer’s tweet, she explained that she had re-recorded the song and credited fans with pushing Sony to make it happen. “It’s true,” the singer wrote. “I re-recorded ‘I Don’t Want To Wait’, and they are using the master. All artists should be compensated for their intellectual work. Thank you @SonyTV @netflix and most of all the fans who made this happen. That’s the power of patience & persistence. Grateful.”

Over the years, Cole had heard countless complaints about “I Don’t Want to Wait” being swapped out. “People really care and are really upset about it,” she told The New York Times in April. The singer described being tagged in “every post,” noting, “It’s prolific.”

Prior to the recent switch, Dawson’s Creek had been streaming with another theme song — “Run Like Mad” by Jann Arden — due to licensing issues with “I Don’t Want to Wait.” The replacement was actually the original original theme song, recorded specifically for the series but replaced before the show’s January 1998 premiere, as detailed by HuffPost in 2012. “I Don’t Want to Wait” won out after gaining notice in a promo and was featured in the opening credits in North America, while “Run Like Mad” was relegated to certain international markets and later streaming.

Given how long and enthusiastically fans had been calling for the return of “I Don’t Want to Wait” to the Dawson’s Creek credits, its arrival was cause for celebration. It came in the form of extremely enthusiastic tweets, including from the fan who theorized that Netflix purposefully timed the change to coincide with Labor Day weekend in a stroke of genius, and the ones who simply expressed their sheer joy.

A number of fans highlighted the pure nostalgia they felt when they were finally able to once again experience the Dawson’s Creek opening sequence as they did in the late ’90s and early ’00s. “Having Paula Cole back makes it so much better,” one wrote, while another asked if it was even DC without her.

For all the excitement, though, there was also a vocal contingent on Twitter that wrote about becoming “Run Like Mad” converts and how they would miss the song.

However fans feel about the big theme song change, the most important thing is that it’s still possible to follow the adventures of Dawson, Joey, Jen, and Pacey.