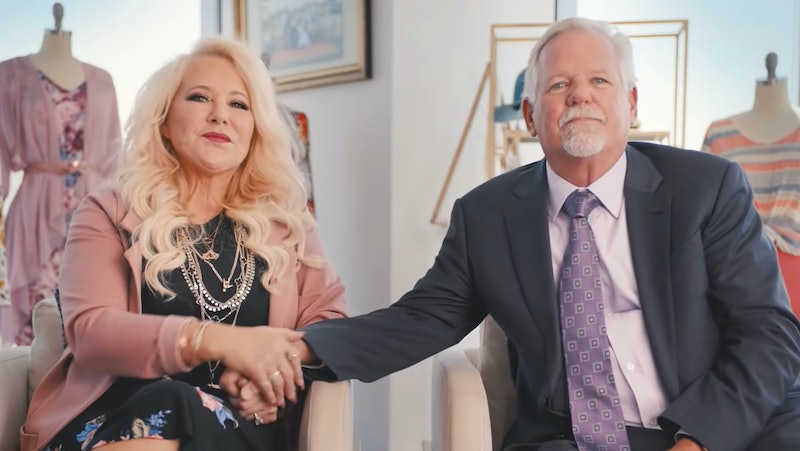 In recent years, “multi-level marketing” (MLM) businesses — companies that utilize pyramid scheme-like tactics — have made great fodder for documentaries. The latest entry in the sub-genre, LuLaRich, comes from the creators of Hulu’s acclaimed Fyre Festival doc, Fyre Fraud, and promises to be an equally wild ride.

LuLaRich tells the story of LuLaRoe, a women’s apparel brand run by DeAnne and Mark Stidham. The company has repeatedly come under fire, most notably in 2019, when it was sued by the Washington State Attorney General’s office for allegedly operating a pyramid scheme; the company later agreed to pay a settlement of $4.75 million, to be distributed to Washington residents who were recruited by LuLaRoe, according to ABC News. (At the time, LuLaRoe maintained that it would have won the case in court, but chose to settle because “the expense would be enormous and the amount of time senior management would have had to devote to the litigation during the trial would have been a distraction from our business.”) Despite all this, LuLaRoe remains a functioning business, and it isn’t the only MLM with ties to the Stidhams. Below, what to know about the Stidham family.

DeAnne and Mark have 14 children.

DeAnne had seven children with her first husband, Kenneth Neff Brady: Kenny, Amelia, Nicole, Jordan, Alexandru, Michael, and Daniella. Kenny, Amelia, Nicole, and Jordan are DeAnne and Kenneth’s biological children; Alexandru, Michael, and Daniella were adopted from Romania in the 1990s. Mark also had four children from his previous marriage with Susan Stidham, so when they combined their families in 1998, they had a total of 11 kids between them.

Then, as the couple explains in LuLaRich, they later adopted brothers who had been “abandoned” at ages 6 and 7, and also adopted another daughter, Anna. Anna would marry DeAnne’s adopted son Michael. “So out of our 14 children, two of them are married,” Mark told the LuLaRich interviewers.

DeAnne and Mark have many grandchildren, and DeAnne’s eldest three — Lucy, Lola, and Monroe — inspired the name “LuLaRoe.”

The Stidhams’ children and relatives have been involved in LuLaRoe.

In LuLaRich, DeAnne and Mark said that when they needed to hire a staff, they first asked their children if they’d like to join the company. They would go on to hire several of them: DeAnne’s son, Kenny Brady, became the VP of sales; her son Jordan became the head of leadership and culture development; her son-in-law Jeff Thompson, Nicole’s husband, became VP of finance for a time; her daughter, Amelia Lyon, became a photographer for the company; Amelia’s husband, Justin Lyon, became the chief marketing officer; Mark’s son, Austin, helped with analytics; and DeAnne’s nephew, Sam Schultz, ran events.

According to a Buzzfeed News report, DeAnne’s twin sister, Dianne Ingram, once ran LuLaRoe alongside DeAnne, back before it was known as LuLaRoe. The pair began selling maxi skirts under the label “Fitted” in 2012, and distributed business cards that stated the business was run by twins. However, it appears that their relationship has fractured since then. In 2019, DeAnne said in a video that she hadn’t been close to her sister “for a long time.” Dianne’s daughter-in-law Whitney told Buzzfeed News that “LuLaRoe completely fractured the family,” implying the twins’ business dealings had something to do with their falling out.

Members of the Stidham family also operate other MLMs.

A CBS News report from 2017 revealed the unadvertised family ties between a group of MLM businesses that all use similar language claiming to empower women. One is DotDotSmile, an MLM selling children’s clothing. The company was founded by DeAnne’s daughter, Nicole Thompson, alongside her husband (and former LuLaRoe executive) Jeff Thompson. The DotDotSmile website makes no mention of this connection, only stating that Thompson “comes from a family of entrepreneurs” — despite the fact that, for a time, LuLaRoe retailers sold children’s apparel under the name DotDotSmile. LuLaRoe later made its own children’s line, and DotDotSmile continues to operate its own MLM business.

Agnes & Dora, an MLM that sells women’s clothing, was started by Stidham’s niece, Buffy Bandley. However, the company’s Facebook and Instagram accounts haven’t been updated in over a year, and its site appears to have been taken down.

DeAnne’s twin sister, Dianne Ingram, launched Honey & Lace — her own MLM, which sold women’s clothing — in the early 2010s. Honey & Lace was later rebranded as Piphany. In 2019, LuLaRoe sued the company, alleging that Piphany had been poaching its consultants. Later that year, LuLaRoe announced that it had reached an agreement with Piphany after mediation — but that it would still pursue the individuals named in the suit, who had switched from LuLaRoe to Piphany, “via confidential arbitration.” For its part, Piphany seems to have resurfaced as Savvi, an MLM selling women’s activewear.

More like this
What’s New On Netflix: Ana De Armas’ 'Blonde' & A Nick Kroll Special
By Arya Roshanian
How To Stream 'Pretty Wild'
By Arya Roshanian
Here's How To Apply For 'Love Is Blind,' No Matter Where You Live In The US
By Grace Wehniainen
‘The Ultimatum: Queer Love’ Is Officially On The Way
By Radhika Menon and Kadin Burnett
Get Even More From Bustle — Sign Up For The Newsletter