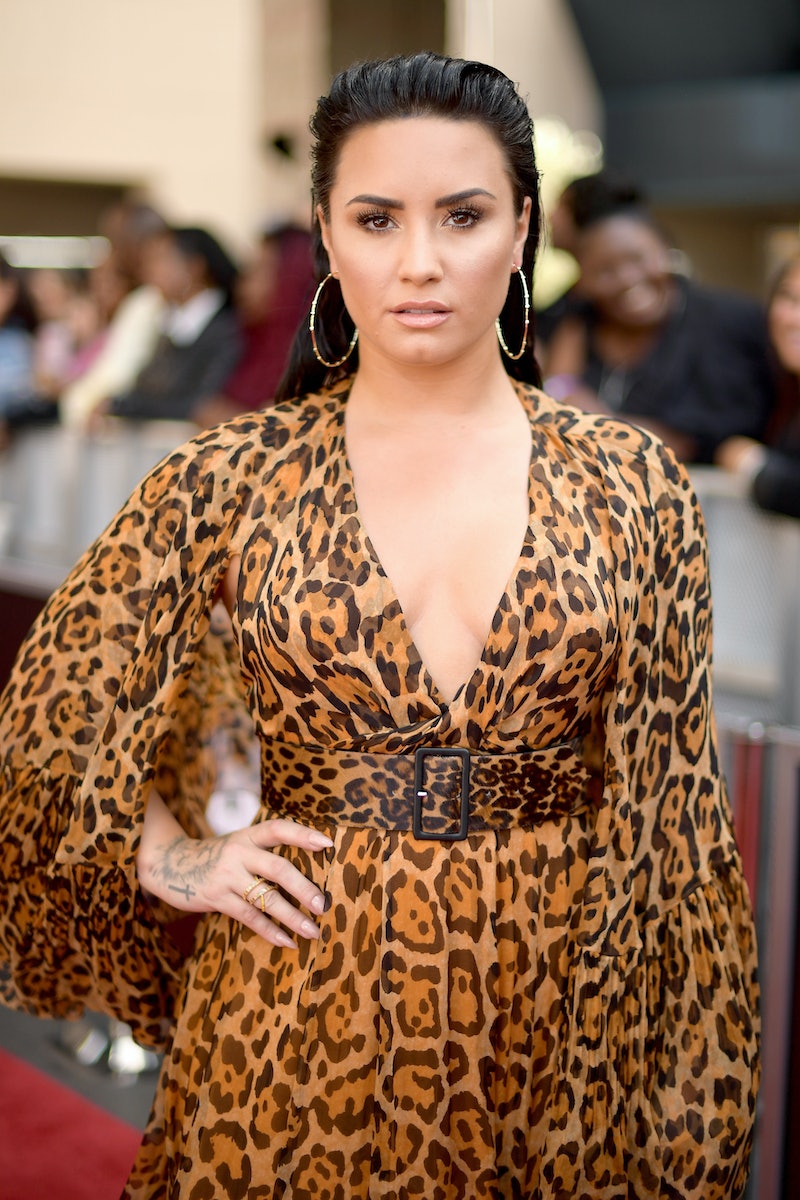 Demi Lovato has a question for anyone who has thrown or attended a massive party over the past nine months: What are you doing? According to E! News, the pop star slammed influencers for partying amid the coronavirus pandemic in a since-expired post that she shared on her Instagram Story on Jan. 5. The singer reposted a meme from @assistantsvsagents which featured two students, one of whom was playing a tuba in the other's face; the girl with the tuba was labeled "influencers," the tuba itself was labeled "Instagram stories partying in Tulum and Miami," and the other girl was labeled "Everyone else being good people."

"Just curious ... what the f*ck are y'all doing?" Lovato wrote on her Story, underneath the meme. While she didn't name any influencers in particular, social media stars Charli and Dixie D'Amelio were recently criticized for taking a vacation to the Bahamas to celebrate the new year. Lovato, meanwhile, has been open about using the time in quarantine to focus on her mental health and take a break from her busy work schedule. "To be able to walk into this experience without a personal crisis and just be like, I can do the work on myself now because I have the time. ... It was a beautiful thing," Lovato told Bustle in July.

Lovato is far from the only celebrity to call out influencers for ignoring the measures that were put in place to prevent the spread of COVID-19; in July, Hilary Duff opened up about seeing people in L.A. attend parties while out for a walk with her family. "Drove by a raging house party on Mulholland. Ass*oles. No masks (of course)," she wrote on her Instagram Story at the time.

She continued, "California is in bad shape (in so many ways), but doesn't everyone think we all want to go out freely and travel and enjoy summer. It really seems like Americans just don't care about each other … somehow this pandemic has turned into a political stance between parties … that's a head scratcher for me. Other countries have come together in a beautiful way to contain or be COVID free."

In September, Billie Eilish slammed those who were ignoring stay-at-home orders in a social media video, stating that it was "funny how I haven't hugged my best friends in six months, and y'all are out here partying." A month after that, Ariana Grande slammed influencers for attending parties during an interview on The Zack Sang Show. "Did we all need to go to f*cking Saddle Ranch that badly that we couldn't wait for the deathly pandemic to pass?" she asked, rhetorically. "Did we all need to put on our cowgirl boots and ride a mechanical bull that bad? We all needed that Instagram post that badly?"

Dixie D'Amelio — who has been called out multiple times for attending events in L.A. and for going out to the crowded Saddle Ranch multiple times — admitted that Grande was "right" for criticizing influencers. "I don't really know what to think," the TikTok star told Pap Galore on Nov. 1. "I mean, she's right. She's right, yeah. She's a queen. I love her." Thus far, no influencers have publicly commented on Lovato's post, but it seems unlikely that they will stop partying, despite the criticism.