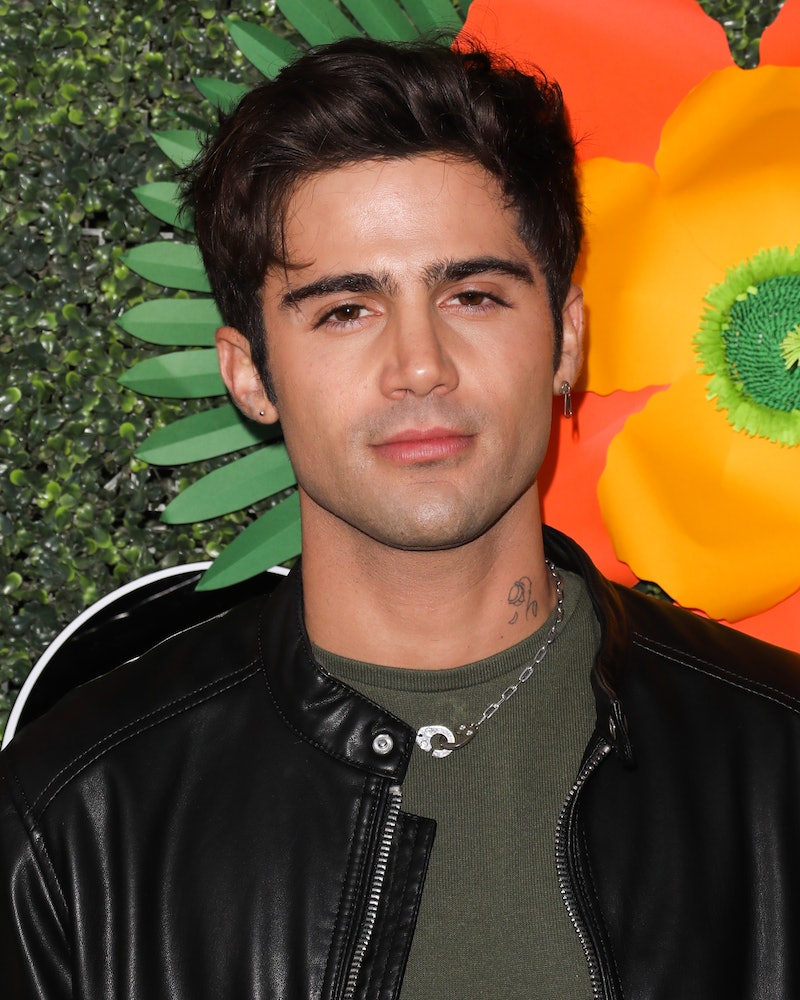 In case you missed it in all the 2020 chaos, Demi Lovato and Max Ehrich are engaged! The singer announced on Instagram late on Wednesday, July 22, that Ehrich popped the question in a romantic, intimate moment on the beach, only three months after the couple became official in March. The engagement comes as no surprise, given how gushing they are on social media. But, while fans of the singer might know a lot about Lovato and Ehrich's relationship, they might not be familiar with Ehrich's work.

Similarly to his soon-to-be wife, Demi Lovato's fiancé also got his start as a teenage star, jumping between music, acting, and even dancing from a young age. The list of TV shows and films that Ehrich has appeared in is much larger than you may think, so much so that he's even been nominated for multiple Emmys. So in order to get know him better, make sure to add these to your quarantine watch list.

The Young and the Restless

Ehrich is perhaps best known for his three-year-stint starring on the classic soap opera The Young and the Restless. He portrayed Fenmore Baldwin from 2012 to 2015, after the character aged from a child into a teenager, and received wide praise for his performance, even earning four Daytime Emmy Award nominations during his run. Ehrich was set to reprise his role in November of 2018, but was reportedly forced to pull out due to a scary stalking incident. While the entire series isn't available to watch online (because no platform can handle 11,000 episodes of one show), select episodes are currently streaming on CBS All Access, so you'll surely be able to watch Ehrich in action, even for just a few episodes.

Ehrich has a significant role in Walk. Ride. Rodeo., based on the true story of Amberley Snyder, a nationally ranked barrel racer who becomes paralyzed from the waist down after a car accident, but is determined to get back on the saddle and compete again. Ehrich plays love interest Tate Watkins in the film. And he was so inspired by Snyder's story that he asked her to help co-write a song for the film, entited "Ride," and even released a music video for the track. The movie is currently streaming on Netflix, in case you wanted to see Ehrich in action and sob uncontrollably.

Based on the famous Stephen King novel, sci-fi series Under the Dome follows the residents of a small Maine town that suddenly gets cut off from the rest of the world by a transparent dome and must learn how to govern within their means — or find a way to escape. Ehrich starred on the show in a recurring rule during its second and third seasons, playing Hunter May, a mysterious but skilled hacker who was part of a small team attempting to figure out where the dome came from and how to free their town. The show is currently streaming on CBS All Access.

Ehrich guest-starred on three episodes of the Hulu series The Path, which starred Breaking Bad's Aaron Paul as a new convert to the fictional religion of Meyerism and its charismatic leader played by Hugh Dancy. Ehrich played Freddie Ridge, the teenage son of a wealthy family who offers to make a donation to the "new-age spiritual movement" in exchange for rehabilitating his drug addiction. Yes, the situation is just as sketchy as it sounds, but hey, cult shows can be fun.

Back in 2010, Ehrich starred in Lifetime movie The Pregnancy Pact, based on the allegedly true story of a large group of teenage girls in Massachusetts who make a promise to get pregnant and raise their children together, for God knows what reason. Of course, Ehrich plays one of the teen fathers, Jesse Moretti, who is in absolutely no way prepared to raise a child, let alone give up his dreams of playing professional baseball to do so. The movie is currently not streaming, but it is available to rent on Amazon Prime, in case you needed a reminder of how lucky you are even during quarantine.

Yes, you read that correctly: Lovato isn't the only person in the relationship with Disney roots. Ehrich was indeed in the third High School Musical film, but it's very likely that you completely missed him — he only appears as a "principal dancer," per IMDb. According to Ehrich himself, he originally auditioned for another part, but director Kenny Ortega wrote him in as a dancer. Of course, HSM3 is streaming on Disney+ if you would like to play a fun game of "Where's Max Ehrich?"

Ehrich's films and TV show stints proves that he's a certified triple threat in acting, singing, and busting some moves. No wonder Lovato fell for him.

More like this
Fabien Frankel Has History With 'Game Of Thrones' Emilia Clarke
By Sam Ramsden
What's New On Netflix: A Third '365 Days' Movie & Lili Reinhart’s New Film
By Arya Roshanian
What’s New On Netflix: 'Never Have I Ever' & 'Indian Matchmaking' Return
By Arya Roshanian
Demi Lovato Is Dating A Fellow Musician Who Is On A Sobriety Journey
By Grace Wehniainen
Get Even More From Bustle — Sign Up For The Newsletter