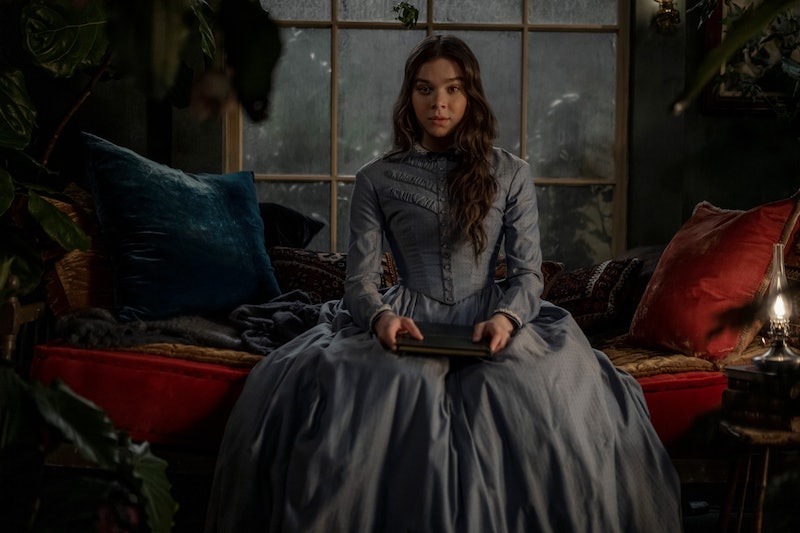 The Dickinson episode released on Dec. 24 was a bittersweet gift. After three seasons of the Apple+ series’ wholly unconventional approach to telling the story of one of America’s most notable poets, Dickinson came to an end. It was announced in September that the third season would be the show’s last, and although it might seem a bit premature to fans, creator Alena Smith planned on the series ending there from the beginning.

“When I set out to make Dickinson, I envisioned the show as a three-season journey that would tell the origin story of America’s greatest female poet in a whole new way, highlighting Emily’s relevance and resonance to our society today,” Smith said in a statement to Variety in September. Having done that, she added that even in her “wildest dreams,” she “could never have imagined how rich and satisfying the experience of making this show would become.”

Smith knew she wanted to reach the Civil War, as she explained during a January 2021 interview with The Hollywood Reporter’s Top 5 podcast, well ahead of the final season’s debut. “We do get to that in Season 3,” she said. “I’m thinking if that was the final season, I’d be able to walk away proudly from it.”

Historically, the Civil War was one of Emily Dickinson’s most prolific periods as a poet, despite the fact that it was also a time fraught with internal tension within the Dickinson family, and Season 3 of Dickinson dives deep into that tense period with its usual mix of whimsy and Wiz Khalifa appearances. Additionally, similar to the previous seasons, Emily’s intimate relationship with her best friend (and sister-in-law) Sue Gilbert (which fans have dubbed Emisue) is central to the final chapter. Smith also told Town & Country magazine in early 2021 that the pandemic undoubtedly had an influence on the writing of Dickinson Season 3. “[I] didn’t know that when I started writing a show about Emily Dickinson that we’d be living through a situation that trapped everybody in their own houses,” she said.

Star Hailee Steinfeld also shared some of her feelings about saying goodbye to Emily and Dickinson in a November interview with Collider. “It’s very bittersweet, and I’ll never forget shooting it and being on my own and having this real moment of looking out into the future and not necessarily knowing what it holds,” she said. “This show has continued to shock me and maybe even scare me a little bit, with these parallels in our world now and in my life, personally.”

Recalling the last day of shooting, Steinfeld revealed what had been going through her head. “You’re like, ‘You mean, I don’t have to show up here tomorrow morning and be on time for something and give myself to something else and be prepared? What am I gonna do with my life? This is it,’” she told Collider. Even amid that, she had “this moment of pure hope and excitement towards the future.” (It was warranted, as Steinfeld’s next project was the Disney+ Marvel series Hawkeye, in which she plays Kate Bishop.)

For those who are saddened to say goodbye to the delightfully strange world of Dickinson, don’t fret! Smith — who is not only the creator of Dickinson, but also a writer, showrunner, and executive producer on the show — has an exclusive multiyear deal with Apple TV+, so we’re certain to see even more weird and wonderful content from her in the years to come.

More like this
Everything To Know About A Potential 'Echo 3' Season 2
By Brad Witter
'Ted Lasso' Season 3 Might Be Its Last
By Zosha Millman and Grace Wehniainen
The 'Hunters' Creator Wanted The Series Finale To Serve As A "Catharsis"
By Brad Witter
The 'Gossip Girl' Reboot Creator Is “Looking For A New Home” To Air A Potential Season 3
By Brad Witter
Get Even More From Bustle — Sign Up For The Newsletter
From hair trends to relationship advice, our daily newsletter has everything you need to sound like a person who’s on TikTok, even if you aren’t.