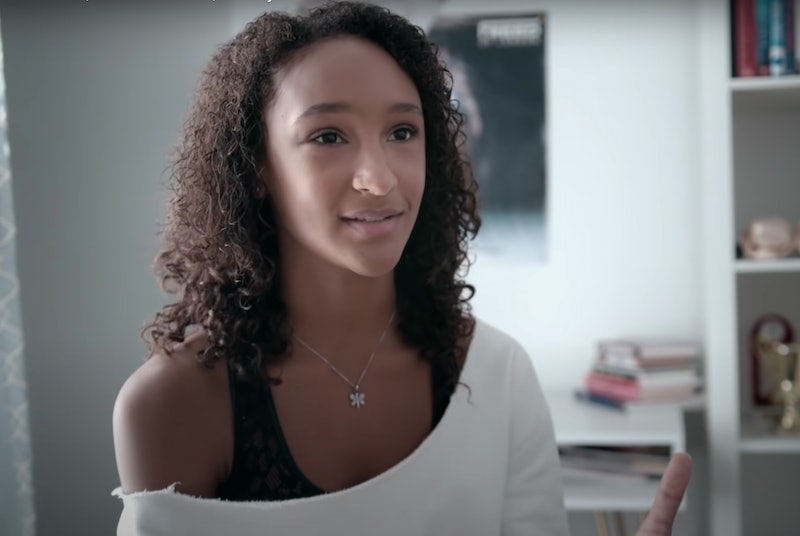 If Netflix's Tiny Pretty Things got you interested in ballet, now's the perfect time to check out Disney+'s On Pointe. A six-part documentary, On Pointe follows several students as they train for professional dance careers at the prestigious School of American Ballet (SAB) in New York City. The documentary kicks off late in 2019 when the students are rehearsing for that year's performance of The Nutcracker.

Founded by George Balanchine, SAB specializes in the Balanchine style of dance, which is much quicker and sharper than classical ballet. It's a demanding art form to master, so it was important to director Larissa Bills that she let the On Pointe cast tell their own journeys through informal voice-overs. “Dance is so beautiful,” she explained to The New York Times. “You want to see it. You don’t want to talk it. That was my feeling.”

Multiple stories intersect in On Pointe, but unlike Tiny Pretty Things, the dancers are all kids still learning to hone their craft. "The intermediate and advanced dancers are primarily residential students from all over the country, ages 14 to 18, who have been invited to SAB to train for professional careers," Bills explained to Pointe Magazine. "For most of them, the dream is to join New York City Ballet."

Meanwhile, the kids range from 8 to 13 years old, and during the course of On Pointe, you see them move through the casting process, rehearsal, costume fittings, and finally to opening night. "What's amazing is that while they do 25 shows on the stage at Lincoln Center, they are still going to school and taking ballet class and doing things regular kids do," Bills added. "They are really extraordinary."

Here are a few of the talented young dancers you'll meet in On Pointe.

Graff is one of the older students featured on the show. According to a Nola Family interview, she got into ballet after first performing The Nutcracker with Miami City Ballet and later went on to attend the Giacobbe Academy of Dance and SAB. “The feeling of being on stage, performing, and all of the people watching you, and then afterwards, getting the applause,” she started. “It’s awesome.”

Merkle is another one of the advanced students and emphasizes the athleticism ballet requires in the trailer. "Dancers have to be strong to achieve their dream," he says.

In the On Pointe trailer, Misra-Stone says he loves ballet because it allows him to express himself. He's one of the younger students who went on to perform as the Nutcracker Prince in 2019. "The Prince is this character that develops," he explained to NYC Ballet. "In the beginning, he is Drosselmeier’s nephew, and then it’s almost as if he transforms into the Nutcracker and then goes back to being the Prince. He comes out of his shell and just opens up and is like: Here I am."⁠⠀

On Pointe also follows dancer Sophia Thomopoulos, who goes on to star as Marie in the production. "You feel really free and open when you dance, and to me, the dance world is almost a separate world," Thomopoulos told The New York Times. "You’re not thinking about school. As much as I like the technique and all of that, I really like the moments when you get to move through the air and feel the music.