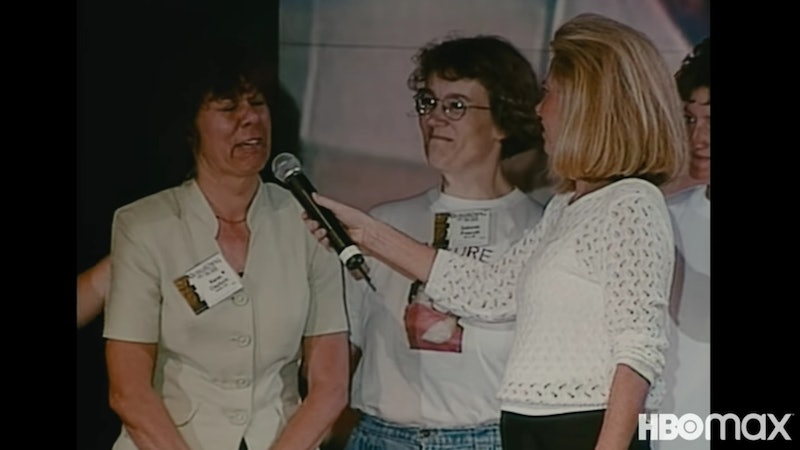 Brentwood, Tennessee seems to have a church on every corner, but one church, in particular, looms larger than most: Remnant Fellowship, a religious sect that serves as the subject of HBO Max’s new docuseries The Way Down. Remnant was founded in 1999 by Gwen Shamblin Lara, who created a controversial diet program called the Weigh Down in 1986 intended to “teach people how to stop bowing down to the refrigerator, and how to bow back down to [God].” Lara died in May 2021 in a plane crash that also killed her husband Joe Lara and five other Remnant leaders, but the Weigh Down program remains popular.

As detailed in The Way Down, Shamblin was raised in the Church of Christ, and used her religious knowledge and training as a dietician to devise the Weigh Down. The program consists of seminars and guided video and audio tapes created by Shamblin, who believed that being thin is a reflection of purity; according to her teachings, those who are able to lose and keep off weight quickly are holier and closer to God.

Though experts expressed concern that the Weigh Down diet eliminated exercise and did not include guidance about food selection, people were intrigued by the fact that it did not require calorie counting or restricting foods. Instead, Shamblin encouraged her followers to only eat when they feel hunger pains, and preached to “run to God every time you want to go to food.” The program was introduced in the midst of ‘80s diet culture and quickly took off: according to the Way Down, it at one point spread to “more than 250,000 people in over 1,400 congregations and 70 countries.” Shamblin also appeared on programs including 20/20, and Larry King to promote the program, later going on national tours and bringing followers on stage to tout their weight loss success in front of hundreds of audience members.

“The target for the workshops were women that felt they had great needs in their life that weren’t being spoken to by the traditional church that they were in,” Reverend Rafael Martinez, a cult interventionist, explains in The Way Down. “Therefore the workshop becomes an outlet for these women.”

In 1999, Shamblin decided to break from the Church of Christ and found Remnant Fellowship under her leadership, with the Weigh Down diet as its focus. She believed that the Christian church had been corrupted, and that it was her duty to create a place of worship for “true believers.” However, former members claim in the docuseries that Remnant was really a way for Shamblin to accumulate wealth and power for herself and foster complete obedience to her. (Shamblin denied these claims).

As former member Autumn Williamson explains in the show, the workshops were all about selling Shamblin’s brand: journals, DVDs, workbooks, and tote bags were among the goods required to take the classes. Former member Rachel Phillips also says that members had to be enrolled in a Weigh Down class at all times, and that they paid for the classes themselves. Furthermore, many former members detail abusive practices within the church, including women’s complete obedience to their husbands and violence against children. (Shamblin repeatedly denied these claims).

After Shamblin’s death, her daughter Elizabeth Shamblin Hanna assumed the primary leadership role in the church. The Weigh Down workshops are still available, including classes about basic weight loss and others that delve deeper into the meaning between hunger and loving God. Though the website boasts “hours” of free content, a subscription to Weigh Down TV is $19.99/month, while a single class is $69.99. “God did not put chocolate or lasagna or real blue cheese dressing on earth to torture us, but rather for our enjoyment,” the website reads. “However, He wants us to learn how to rise above the magnetic pull of the refrigerator so that food does not consume our lives!”