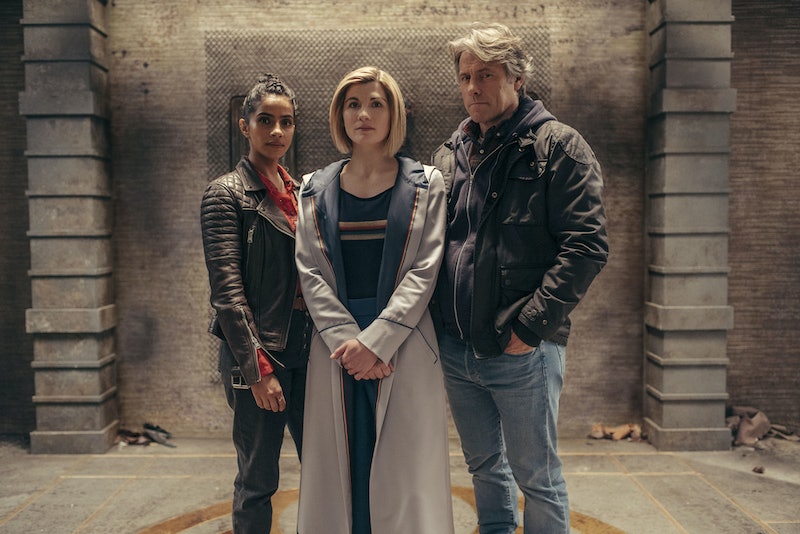 Season 13 of Doctor Who is set to premiere on the BBC later in 2021, and if the trailer gives any clues away, it’s that filming during the pandemic didn’t cause the cast and crew to hold back. Jodie Whittaker returns as the Time Lord, and it’s hard to imagine where the creators might go next, after so many years of the show. However, fans seem to have unlocked a new mystery in the Doctor Who season 13 trailer. One very observant viewer noticed the word ‘mystery’ was written in the first frame of the trailer, so now Whovians are looking to work out exactly what it means.

Twitter user and Doctor Who fan, Richard Lloyd, was the person to initially spot the clue, tweeting on July 25 that he’d noticed something unusual about the trailer upon closer inspection. “Look very closely and the word ‘mystery’ is written on this frame of the trailer... Which takes you to this page: https://www.doctorwho.tv/mystery,” Lloyd wrote. “What does it all mean? #FindTheDoctor #DoctorWho.”

Clicking the link takes fans to a specially made BBC Doctor Who mystery page. It says, “Welcome to a mystery across space and time. Work together to solve the hidden clues and reveal a password below. #FindTheDoctor. It begins 13:13.13.” If you’ve ever had ambitions of entering the Doctor Who universe, now’s your chance.

The page has a box to enter a password and it would seem that, so far, no one has worked out what it is. One person tweeted, “This is probably something similar to what they did to promote the most recent series of Inside No.9: a treasure hunt across the internet to assemble a password that unlocks (presumably) an exclusive clip/thing from the new series.”

Another said, “Okay so I did some googling on the 13:13 numbers and I came across this and it probably doesn’t mean anything but I can’t help but notice ‘the guardian angels’, and with the weeping angels being in the new series it just made me think there may be some connection. Who knows?” When it comes to fanbases, Whovians are more dedicated than most.

Not a lot has been revealed about the upcoming season of Doctor Who, however showrunner Chris Chibnall said it’s “definitely the most ambitious thing we've done... it's epic and ambitious and we do go to a lot of places.” While on a Comic-Con@Home panel, Chibnall revealed that this series features one big storyline – perhaps the mystery in the trailer is the key to unveiling what this is.

“We have a number of amazing guests actors joining us across the series and quite a few of them recur across multiple episodes, which is very unusual for this show," Chibnall said [per Digital Spy.] For now, the Whovians’ quest continues.

More like this
'The Lord of the Rings: The Rings of Power' Revisits Iconic Spots From 'The Hobbit'
By Darshita Goyal
Stanley Tucci Is Next Level In The BBC's 'Inside Man' Trailer
By Sam Ramsden and Sophie McEvoy
Ruth Wilson’s New Thriller Spotlights A Controversial Irish Institution
By Darshita Goyal
'Heartstopper' S2 Just Welcomed Four Brand New Cast Members
By Nola Ojomu and Sam Ramsden
Get The Very Best Of Bustle/UK