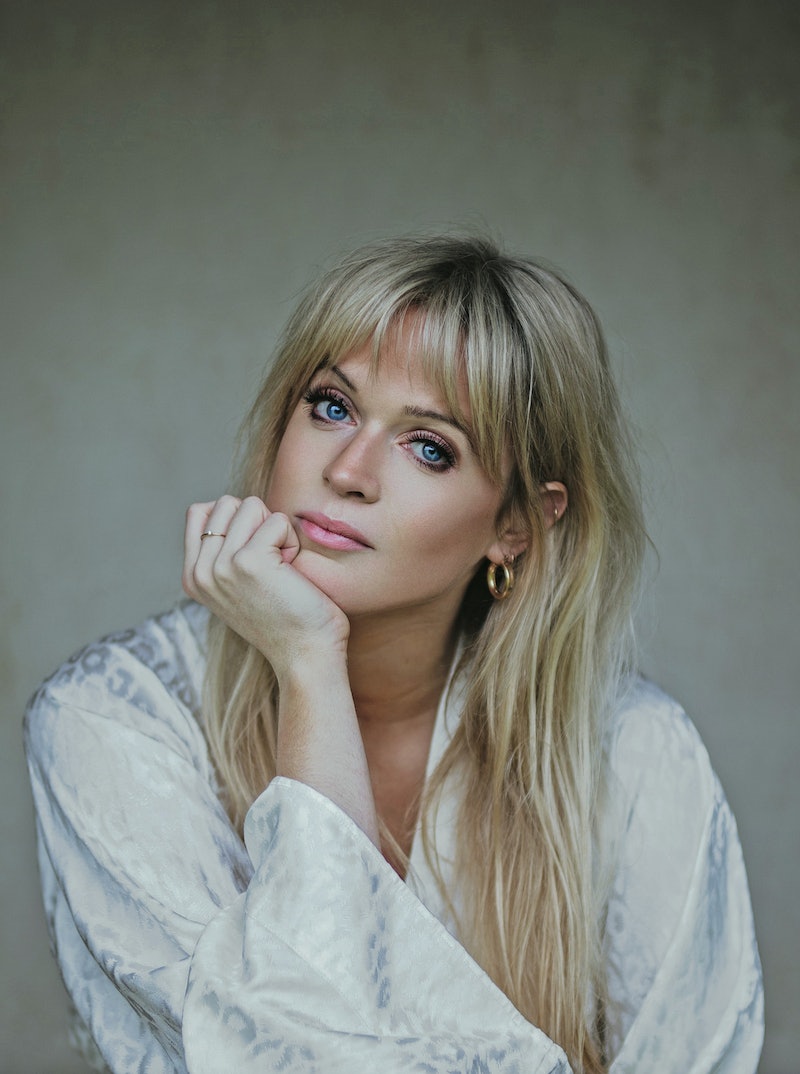 When Dolly Alderton was 28, she thought she had all the answers. Why wouldn’t she? It was the year she published her memoir, Everything I Know About Love, which went on to win the British Book Award for autobiography, and launched a podcast miniseries, Love Stories, which featured interviews with subjects like Vanessa Kirby, Stanley Tucci, and Sharon Horgan. For these efforts, she earned a spot on the Forbes 30 Under 30 List. But now, at 32, Alderton doesn’t recognize the woman who, just four years ago, had enough convictions about love to fill a book with them.

“There was definitely a confidence of thought in the voice of that 28-year-old writer that sometimes really embarrasses me, but unless you're someone who's not self-examining (or you're extremely arrogant), life goes in cycles of total certainty and then total destabilization,” she tells Bustle. “I’m in a period of my life where, when it comes to love, men, women, monogamy, families, babies, marriage, I’ve never been more uncertain.”

Now, Alderton’s channeling her exploration of modern love into a new medium — having written her debut novel, Ghosts. The book begins when Nina, a food writer in her early 30s, meets a new boyfriend named Max on a dating app. They fall hard and fast, but like the title suggests, he ghosts.

It’s a pattern Alderton’s observed with friends, and even experienced herself. “Every piece of fiction that I will write is basically me just trying to understand love, and particularly, how men behave in love,” she says. “I was so confused and horrified by ghosting that I wrote Max to try and understand him.” Below, she reflects on the trauma of being ghosted, where she stands on autofiction, and her love of Kristen Roupenian’s “Cat Person.”

After making a career out of laying your romantic life bare, you gave up writing about yourself. What excited you most about fiction?

I'm someone who finds reality quite a difficult realm to be in. I love the escapism of fiction, both reading it and creating it. And I also love the opportunity for redress. You get to go back to the moments in time that have felt unfair or unresolved. You get to reorder the chaos into something that feels funnier, more beautiful, more entertaining, or more educational. And that's just really cathartic.

So your fiction is still rooted in your lived experience?

Exactly that. You know the argument that you had with someone where it was only afterward, in the shower, when you thought of the exact thing you should have said to them? In fiction, you can share that missed opportunity. I think [fiction] shouldn't be a place of pure fantasy. It should reflect reality.

We’re in the midst of a cultural debate about autofiction (the idea that some novels are fictionalized autobiographies). Where do you stand on readers searching for fingerprints of an author’s life?

I completely understand how compelling it is, [but I also] understand how writers get frustrated, [as if] that’s the most important way of understanding and consuming a piece of work. Here's the really boring thing I've learned: Every piece of work is autobiographical, on every level. There weren’t bits of me in Nina, but there were bits of me in her dad who had Alzheimer's. There were bits of me in the man, Max, who ruined her life. If you're writing, you're trying to empathize and understand these people, and the way we do that is by reflecting on our own experiences.

There was a recent essay in Slate that reignited this conversation. A woman came forward claiming to be the inspiration behind Kristen Roupenian’s viral New Yorker short story, “Cat Person.”

I haven't read the [Slate] piece yet, but I think that the least interesting way of interrogating any piece of art is, “Who did this belong to? Whose is this? What [experience] went into this piece?”

I did a big interview with Kristen for The Sunday Times shortly after “Cat Person” was published. [“Cat Person”] actually had a big effect on me when I was thinking about Ghosts, how we fall in love with imagined versions of each other, and how that’s exacerbated by communication that's done virtually. For me, nothing's summarized the mess of where heterosexuals are in the 21st century more than that piece.

And certainly, ghosting is so messy emotionally. What made you realize this was fodder for a novel?

My friend, who I will keep anonymous, had a really romantic day with a guy she'd been dating. They went for hot chocolates and it was snowing, so they went to an ice skating rink outside a historical house. They had a perfect rom-com day together. She went to put him on the train and say goodbye. He kissed her and said, "I think I'm falling in love with you. And next time I see you, I would really like you to meet my parents." She never saw or heard from him again.

People are the f*cking worst.

The thing that's not spoken about when that happens to you, and it happened to me once, is that you genuinely think they might have died. That's where your head goes to first, because it's so unfathomably cruel that the only answer must be that they died. And that's a really weirdly traumatic thing to have to try to find out.

More like this
Are Quality Time & Gift-Receiving Love Languages Compatible?
By Lexi Inks
A New Portrait Shows King Charles With William & Kate Before The Queen’s Funeral
By Stephanie Topacio Long
Mel B Speaks Out Against Domestic Violence In A Powerful Speech
By Sophie McEvoy
Cheryl Remembers “Bright Star” Sarah Harding In Heartfelt Essay
By Sophie McEvoy
Get Even More From Bustle — Sign Up For The Newsletter