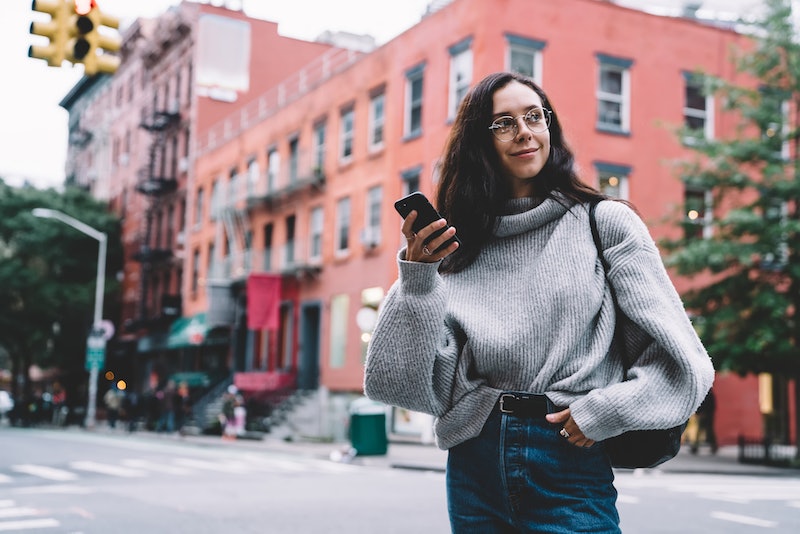 As far as dating habits go, few things are more frowned up than ghosting. Whether it's ignoring someone after a few dates, or straight up disappearing mid-text, there's no denying it's rude, it's hurtful, and it's not the best way to end a relationship, however short it may have been. And yet, there are times when ghosting is OK — and may even be necessary.

Usually, if you aren't feelin' the connection, it's best to "be honest and upfront so that the person being rejected isn’t left wondering what really happened," Jonathan Bennett, relationship and dating expert at Double Trust Dating, tells Bustle. If you've been chatting for a few weeks, or have taken things a bit further, simply say you've had a change of heart and wish them well.

If, however, that doesn't feel possible, ghost away. "There are times ghosting isn’t rude and some circumstances might even require ghosting for one’s safety," Bennett says. For example, "if you’ve already told the person messaging you that you’re not interested romantically, then you’re under no obligation to continue texting," he says. At that point, ghosting is about sticking to your personal boundaries, especially if they aren't taking the hint.

The same is true if the person is being inappropriate or making you feel uncomfortable. It's up to you to weigh the pros and cons, and do whatever feels right. Here, a few folks who say ghosting can sometimes be OK, including instances where it might be best to disappear.