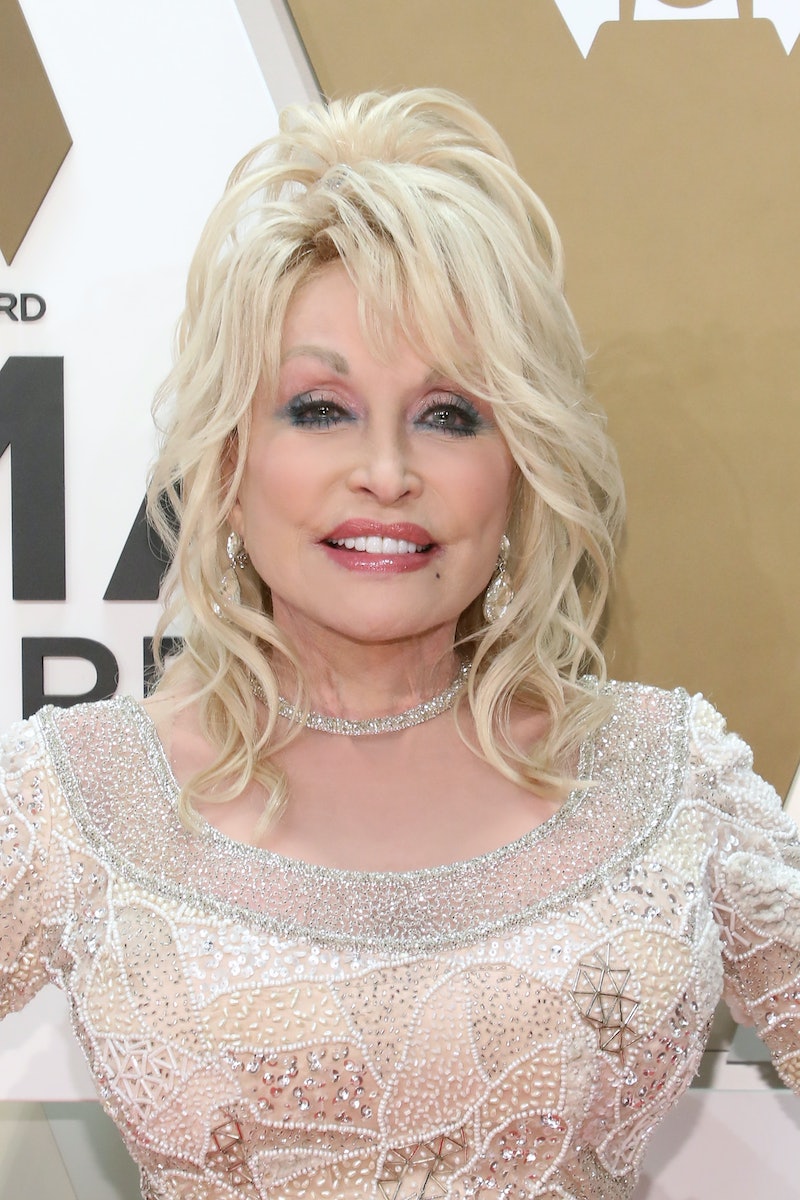 Britney Spears has another music icon in her corner. Responding to a viewer question about her take on the #FreeBritney movement during a virtual Watch What Happens Live with Andy Cohen appearance on July 29, Dolly Parton explained that she tries not to “get involved in other people’s business,” but still took the opportunity to compliment and empathize with Spears. “I think she is a wonderful artist and I think she’s a wonderful girl, and I only wish her the best,” Parton told the Bravo host, before adding that she understands “all those crazy things,” such as Spears’ current conservatorship battle, from her own personal experience.

“I went through a lot of that myself through a big lawsuit in my early days with Porter Wagoner, trying to get out on my own,” the 10-time Grammy winner said. “I understand where she is coming from and how she feels. So I hope that all turns out the way that it should.”

The legal battle Parton referenced dates back to 1979 when Wagoner, her musical partner and mentor, filed a $3 million breach of contract lawsuit against her after she left his show to go solo in 1973. The duo eventually settled out of court, and Parton reconciled with Wagoner prior to his death in 2007. (In fact, she was reportedly at Wagoner’s bedside when he died.) The “Jolene” singer did, however, refer to Wagoner as a “male chauvinist pig” (though insisting not “in a bad way”) in a 2008 Los Angeles Times interview, explaining that they “fought like crazy” because she “wouldn’t put up with a bunch of stuff.” Their professional split inspired Parton to write her 1974 hit, “I Will Always Love You,” which Whitney Houston famously covered 18 years later.

Parton isn’t the only music legend to throw her support behind Spears in recent days. After Spears posted in a July 22 Instagram that she would keep her “dreams alive by thinking about visiting St. Tropez with [Cher] and eating ice cream,” the “If I Could Turn Back Time” singer tweeted she was on board. “When #FreeBritney is FINALLY FREE, I’m Taking her to San Tropez & We’ll Eat Ice Cream To Her Hearts Content,” Cher wrote on July 23.

A week later, Spears shared Instagram fan art imagining her and Cher on that exact trip. “Yo yo yo … dreams do come true,” she jokingly captioned the July 30 post. “[Cher] and I went to St. Tropez friends !!!!”

Meanwhile, Spears’ legal battle continues to play out in court. The singer’s new attorney Mathew Rosengart told reporters on July 26 that he’s “aggressively and expeditiously” working to have her father, Jamie Spears, removed as conservator “unless he resigns first.” The same day, Rosengart filed a formal petition with Los Angeles Superior Court asking for CPA Jason Rubin to replace Jamie, who has controlled his daughter’s financial decisions since 2008.

The filing also includes a request for Rubin to be able to revoke all other powers of attorney for Spears, per NPR. That could pave the way for Spears to be able to make her own decisions related to her health care and “opportunities related to professional commitments and activities,” with approval by her replacement conservator and medical team.

More like this
Britney Spears Shared The Real Reason She Shut Down Her Instagram Account
By Brad Witter
Jay-Z Is Performing At The Grammys, Meaning Beyoncé Might Actually Show Up
By Jake Viswanath
Taylor Swift May Miss The 2023 Grammys For Reasons Fans Know “All Too Well”
By Jake Viswanath
Adele Is Attending The 2023 Grammys, Thank You Very Much
By Jake Viswanath
Get Even More From Bustle — Sign Up For The Newsletter
From hair trends to relationship advice, our daily newsletter has everything you need to sound like a person who’s on TikTok, even if you aren’t.