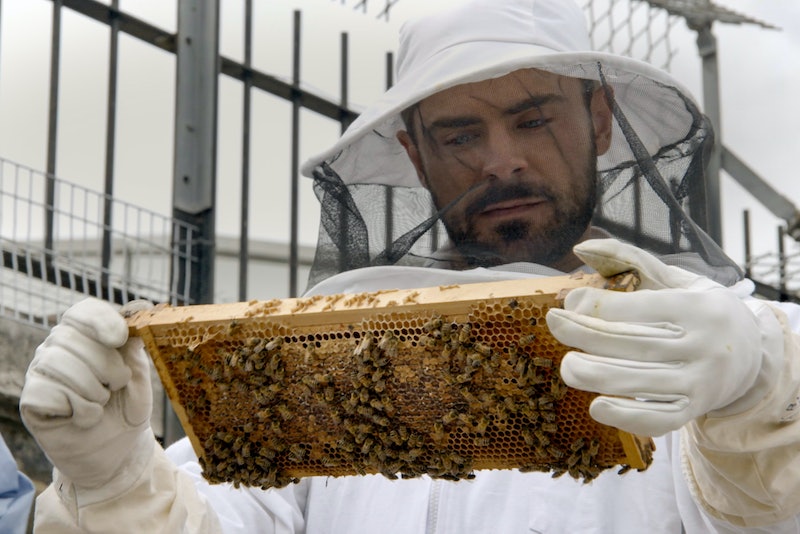 Netflix's new travel show is helmed by actor Zac Efron as he explores sustainability across the globe. And fans should savor the episodes, because there may not be a Season 2 of Down To Earth With Zac Efron. The documentary series is billed as a miniseries, although that could always change if viewership is especially high. But even if the show is renewed, it likely won't return for a long time.

Season 1 of the series follows Efron and his co-host, wellness expert Darin Olien, as they interview "eco-innovators" and rethink the way that humans consume what's around us. Radio Times reports that the duo traveled to "France, Puerto Rico, London, Iceland, Costa Rica, Peru, and Sardinia" to film the episodes. Making another season of a travel show when many locations around the world are currently closed to American visitors would be tricky. If the show returns, expect at least a year between seasons — if not more. And that's only if Netflix wants to take the miniseries to a regular series in the first place.

However, this show is hardly Efron's first foray into making TV about travel, survival, and sustainability. He's been adding more projects in that vein to his resume, so there's plenty of environmental Efron content fans can check out when they're finished with Down To Earth.

For Earth Day this year, Efron hosted a special for the Discovery Channel about people and organizations who are dedicated to cleaning up the planet. The episode explores recycling and waste management innovations designed to keep this planet healthy for the long term. If you have a cable login, you can watch the episode on the Discovery website. It's also available to purchase on Amazon.

In 2014, Efron joined survivalist Bear Grylls to test his own mettle in the wild. To see how he fared, check the episode out on Amazon for $2.99.

Last year, Efron produced a four-part series for his YouTube channel called Off The Grid. Together with his brother Dylan Efron, he traveled to different locations around the country and tried adventurous activities. In the first video, the brothers spent 96 hours in the desert of Lake Mohave, Arizona. They also went skiing in Utah, fishing in the Los Angeles River, and camping in Mammoth Lakes, California. The full series is viewable here.

The streaming service Quibi is set to release Killing Zac Efron at some point, although the release date is unknown. The series was set to follow Efron for 21 days in the wild as he attempted to survive off the land. The experiment hit a road block when Efron fell dangerously ill — lending a little bit too much reality to the series' title. Fortunately, he recovered, and fans will get to watch his journey on Quibi in the future.

Whether Efron does another season of Down To Earth or not, his passion for nature likely isn't going away any time soon. "I have always been in awe of the magic and mystery of Mother Nature," he wrote on Instagram on Earth Day. "Exploring the unknown has always been a true passion in my life and now, more than ever, I realize how important it is to take care of our planet, our people and every living thing we share it with."

With that goal in mind, it's probably only a matter of time before he signs on to another project focused on traveling the world and saving it, too.