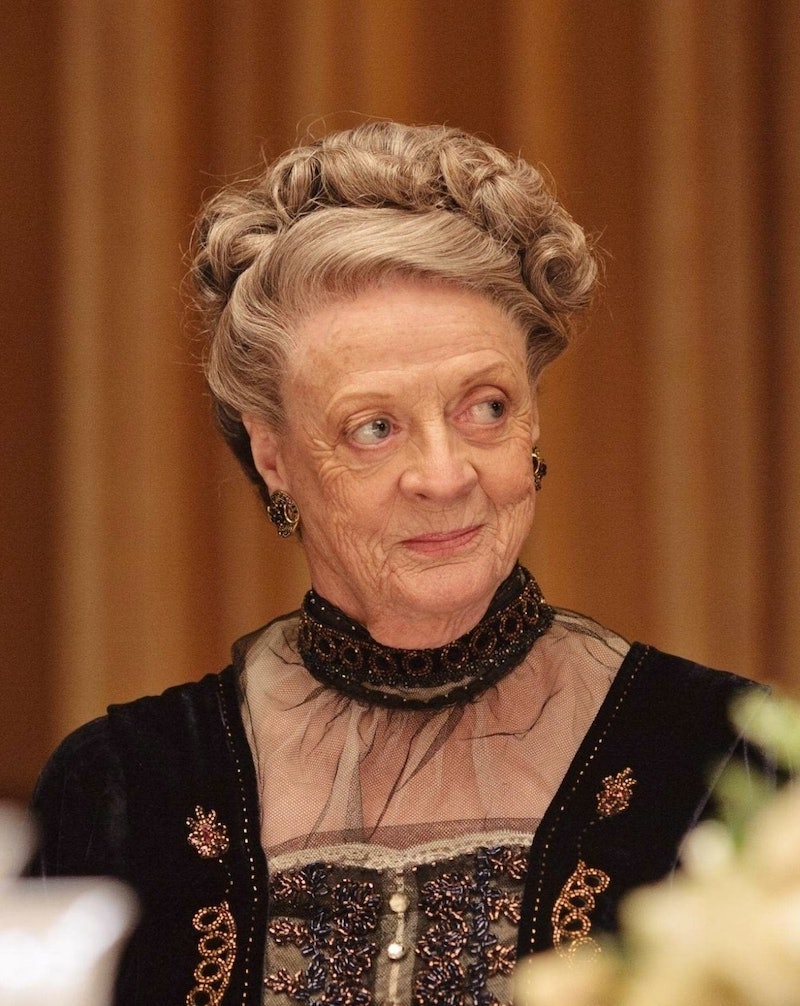 Wondering how to watch the Downton Abbey movie at home? Read on for everything you need to know — plus, a fun new way to stream the entirety of the series (again).

How To Stream The Downton Abbey Movie

On June 24, you will be able to stream Downton Abbey: A New Era on Peacock, where the entire series and first movie are already available to watch.

How To Watch The Downton Abbey Series

If you want to catch up on the entire series, you can watch every Downton Abbey episode in order. But if you want to simply stream the show 24/7 (hey, a good laundry or sleep show always comes in handy!), Peacock has even more good news: there’s now an entire channel dedicated to non-stop Downton programming. Just select “Channels” when you log onto Peacock, then scroll down to select Downton Abbey and enjoy!

If you haven’t seen Downton Abbey: A New Era yet, here’s a brief refresher: in the first film, Lady Violet Crawley (Maggie Smith) insinuated that she may not have long left and that Mary (Michelle Dockery) will have to take over the reins as the female head of the household. The new trailer showed that, in fact, the Dowager Duchess still has a few tricks up her sleeve. Having “come into the possession of a villa, in the south of France,” the Downton set embark on what looks like a Gatsby-style getaway.

Hardcore Downton Abbey fans were happy to hear that the original cast, which includes the likes of Maggie Smith, Hugh Bonneville, Michelle Dockery, and Elizabeth McGovern, among other faves, returned for more high-brow drama. They were joined by Dominic West (The Wire, The Affair), Laura Haddock (The Capture, White Lines), Hugh Dancy (Ella Enchanted, Homeland), and Nathalie Baye (Criminal, Spin).

BAFTA and Emmy nominee Simon Curtis returned to direct the second movie. Speaking about the project, Gareth Neame, the film’s producer and executive chairman of Carnival Films said: “After a very challenging year with so many of us separated from family and friends, it is a huge comfort to think that better times are ahead and that we will be reunited with the much-beloved characters of Downton Abbey.”

The full official trailer for Downton Abbey: A New Era dropped on Feb. 15, giving fans a glimpse of what to expect in the much-anticipated sequel. Watch it again to get excited for the movie arriving on Peacock to stream.

More like this
Rupert Grint Just Shared A *Major* Update About Ron Weasley’s Future
By El Hunt
'Abbott Elementary' Fans Probably Missed This 'Parent Trap' Easter Egg
By Sam Ramsden
This First Look At 'The Gold' Shows Jack Lowden In A Whole New Light
By El Hunt and Sam Ramsden
'The Last Of Us' Has Officially Been Renewed For Season 2
By Darshita Goyal
Get The Very Best Of Bustle/UK
Sign up for Bustle UK's twice-weekly newsletter, featuring the latest must-watch TV, moving personal stories, and expert advice on the hottest viral buys.

This article was originally published on April 19, 2021