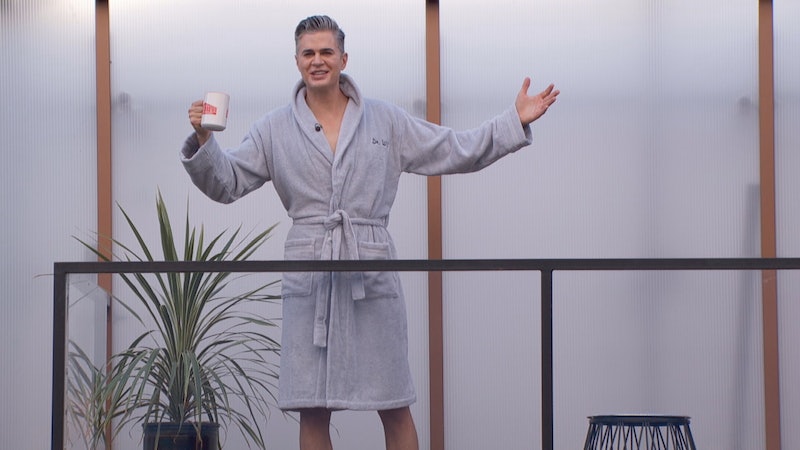 Move over houseguests, a real Big Brother All-Star is in the house... well, next door to the house. The legendary Dr. Will Kirby has "moved in" to the house above the Big Brother backyard for Neighbors Week on the show. As Dr. Will revealed on Thursday's live eviction show, he'll be hosting this week's HoH and Veto comps, which will have a twist. Dr. Will is offering prizes and power to the Big Brother houseguests, and they may be tempted to sacrifice their standing in the game to win some cash.

While Cody won the power of being Head of Household on Thursday night, at least one houseguest went for the prize. Tyler walked away with a $5,000 cash bonus. (We'll see the full competition play out Sunday, where more prizes may have been claimed.) Dr. Will is then returning for the Veto competition to be played Saturday (and airing Wednesday), where he promised Us Weekly that "immense powers and opulent prizes are at stake."

He makes it sound like there might be more powers on the table besides just the regular power of HoH and Veto holder. Plus, with more prizes to come, houseguests could be persuaded to go for the cash and goodies, and they may put themselves in a bad spot by not going for the power when they have the chance.

The houseguests speculated that the Veto competition would echo the prizes and punishments one that Dr. Will played in during the first All-Stars season. That time, contestants could anonymously choose to win items but would lose their chance at the Veto, or they could take punishments to have a better chance of winning the Veto. Dr. Will? He took the prizes.

"Money can't buy you love, but it can buy you stuff. And I love stuff," Dr. Will said on Thursday when he introduced the new twist. Guess we know what he'd be going for in this game. But the rest of the houseguests will have a big choice to make in these HoH and Veto competitions.