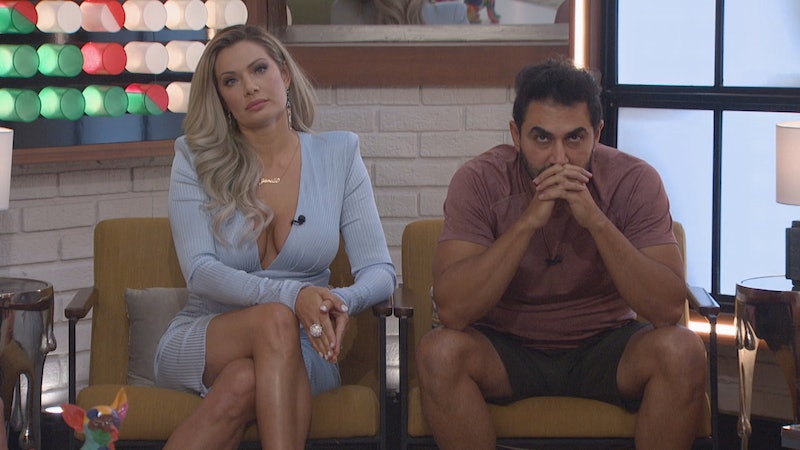 When there's a chance that an evicted houseguest might rejoin Big Brother, host Julie Chen makes sure to keep them in the dark about gameplay, as it wouldn't be very fair for her to tell them about all the secret alliances and then send them back into the house. This is why it's likely that a potential Big Brother All-Stars Battle Back will come later in the season this time around. Chen already revealed hidden alliances and mysterious votes to the first three evicted houseguests, so there's no way they'll be returning to the game. But that doesn't mean a Battle Back isn't coming later on. Chen told Entertainment Weekly that "anything is possible" when asked about a potential Battle Back on Big Brother 22. "You know our favorite saying... expect the unexpected."

The format of the Battle Back changes every year. In Seasons 18, 19, and 21, the first four or five evicted houseguests got to compete for the chance to re-enter the game. Since Big Brother just used that format last year, they may be going for a late-in-the-game return twist this time. That would mirror Season 17 or 20, during which the first four jury members got to compete to come back.

A jury Battle Back makes the most sense this season since those contestants will already be sequestered in a house and part of Big Brother's coronavirus-free bubble. Jury doesn't start for a couple more weeks, and it will be three to four more weeks after that until there's enough jurors for a Battle Back competition. So a potential Battle back could reasonably take place sometime in late September or early October.

That said, the pandemic is pretty much the only reason why there might not be a Battle Back this year. CBS could decide that it's too risky to allow a houseguest to return to the game and potentially contaminate the virus-free bubble.

Either way, the contestants are playing as if there will be a return: they're currently contemplating evicting Kaysar so that Janelle can't re-enter the game and link back up with him. That likely won't end up being an issue, but they'd be smart to continue that thinking as the game goes on.