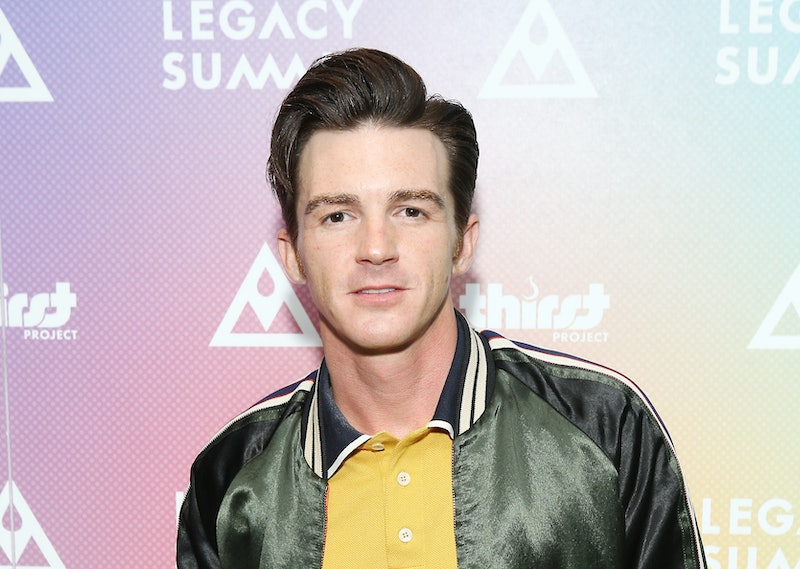 In what is likely the most bizarre news you've heard all week, we're here to report that Drake & Josh star Drake Bell has apparently changed his name, moved to Mexico, and is now releasing Spanish-language music. Fans of the nostalgic Nickelodeon series flooded Twitter after a visit to Bell's social accounts revealed a total rebrand. He's now "Drake Campana," and if you're wondering, "Campana" does translate to "Bell."

While his social media handles remain @drakebell at the moment, his display names on both Twitter and Instagram do not. And all of his recent photos on IG? Well, they almost exclusively promote his new music — most of which is in Spanish. Of course, fans on Twitter are shocked that Bell has seemingly decided to pack it up, move to another country, and give his music career another shot. However, he's actually been posting about Mexico on Instagram for roughly a year now.

In addition to sharing memes about leaving the United States behind for our southern neighbor, Bell shared what appeared to be his Mexican ID on the photo-sharing app last November. The document shows his photo, his correct birthday, and his month and year of registration, which seems to be May 2019.

While it's unclear why Bell decided to start anew somewhere else, people on Twitter certainly have some ideas. "I still can't stop laughing over the fact that Drake Bell changed his name [to] Drake Campana, moved to Mexico, and now produces Spanish music all because he is more popular in Mexico than he was in the US," one person tweeted. Several others echoed that sentiment, suggesting that Bell has a larger fan base in Latin America than he does in the States. Bell even memed his interest in Mexico on Instagram in November 2019:

Other people, however, aren't fully convinced that Bell's move was for career growth. In August 2020, the actor was reportedly accused of verbal and physical abuse by ex-girlfriend Melissa Lingafelt. According to People, Lingafelt made the accusations on TikTok, but Bell refuted her claims. "[I] never abused my ex-girlfriend or did so many of the other things Melissa falsely claimed on her TikTok video," he told the magazine. Per the outlet, the two began dating in 2006 and the relationship lasted for two years.

Regardless of why he's seemingly changed his identity and decided to plant new roots elsewhere, what's clear is that people on the internet are in absolute disbelief over the news.

TL;DR, we don't quite know what prompted Bell to try his hand at becoming a pop star in Latin America, but after this year's Four Seasons Total Landscaping debacle, absolutely nothing is shocking. We have reached out to Bell's rep for comment and will provide an update if we hear back.

More like this
Every ‘RuPaul’s Secret Celebrity Drag Race’ Contestant’s Identity Has Been Revealed
By Brad Witter
Jonathan Bailey’s BTS ‘Bridgerton’ Photos Celebrate 6 Months Of “Kanthony”
By Stephanie Topacio Long
Who Is Nick Cannon Dating & How Many Kids Does He Have?
By Jordyn Tilchen and Radhika Menon
What Is Miles Teller’s Net Worth? The 'SNL' Host's Bank Account Is No Joke
By Meg Walters
Get Even More From Bustle — Sign Up For The Newsletter