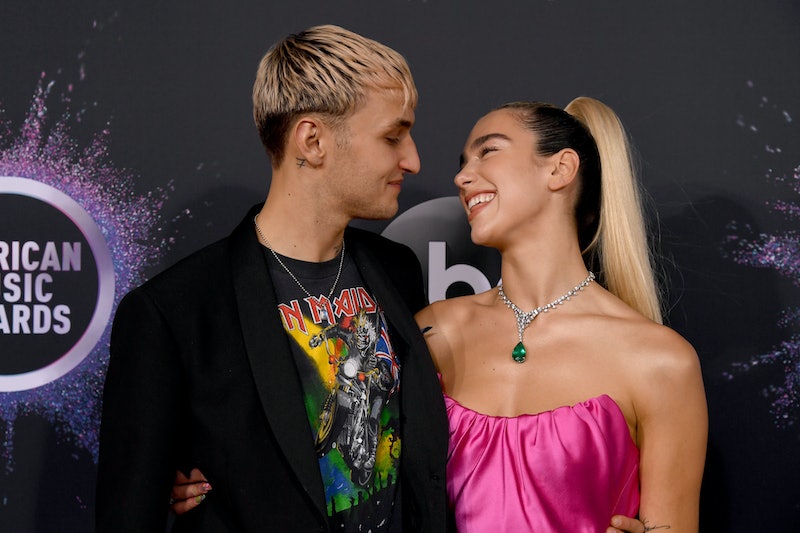 For some, lockdown has provided the opportunity to slow down and appreciate time spent with loved ones. And, in her recent cover interview for Vogue, Dua Lipa opened up about her relationship with Anwar Hadid and their experiences together during 2020, as well as finding the perfect balance when it comes to social media.

Being a couple in the public eye, Lipa and Hadid had to navigate the often complicated world of what and what not to share online. "We have all these incredible memories and experiences, and if there's something that we want to share together, then OK, that's fun," Lipa explained to Vogue. "But at the same time, we're quite private — we'll only show you as much as we want you to see."

"It's a little bit of give and take, trying to find the right balance of being so excited and being in love," she continued, "and wanting to share that with the people around me, but at the same time not wanting to put too much out there. I want to be able to just be happy in this relationship without having other people's opinions."

This is evident on both their Insta feeds, with a few (adorable) insights into their relationship here and there. They even added a new addition to their family over the summer, their rescue puppy son Dexter.

It also helps that when she comes back from tours, interviews, and other events in the public eye that her "home life is really normal," as the singer explained to Vogue. "The people I surround myself with have known me for the longest time. My job doesn't define my circle, and that makes a world of difference."

Lipa and Hadid first started dating in 2019 and, as Bustle reported in November last year, it appears the Future Nostalgia singer made the first move. During an appearance on Watch What Happens Live with Andy Cohen, Lipa was asked by the show's host if she had ever slid into another celebrity's DMs. "I have a confession to make," she said. "Mine was my boyfriend, my current boyfriend. I definitely did that. We met at a BBQ, but then it carried on into the DMs."