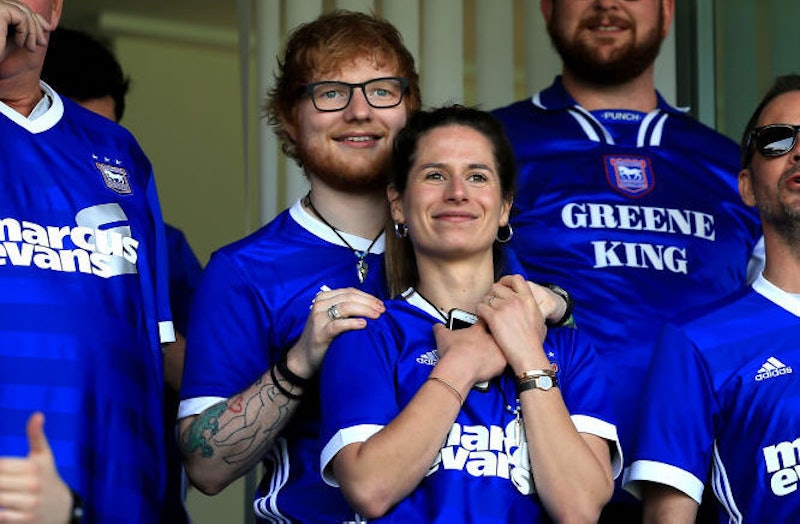 Baby news alert! Ed Sheeran and Cherry Seaborn are reportedly expecting their first child together. According to The Sun, the couple has kept the news a secret during lockdown, with the baby rumoured to be due in a matter of weeks.

A source told the publication that the pair, who have known each other since childhood, were "over the moon" at the prospect of a new addition to their family.

“Ed and Cherry are over the moon. They’re very excited, but have kept things very low key. Lockdown was a perfect excuse not to be seen out and about too much, but things are getting closer and the excitement has been building so they have started telling friends and family," the source said.

They added: “They’re just making the last of the preparations at home, and the baby is expected later this summer. It’s a really happy time and their families are all totally delighted for them and cannot wait to meet the new arrival.”

The publication also claims that Seaborn shared the news with close friends online on August 11, however the reports have yet to be confirmed by either her or Sheeran.

Bustle has reached out to representatives of Sheeran for comment and will update this piece as soon as new information is available.

Sheeran is currently taking a break from music after a packed two-year touring schedule for his album Divide. He announced the move in a December 2019 Instagram post, telling fans he was taking "a breather to travel, write, and read." He promised he'd return to music "when the time is right and I've lived a little more to actually have something to write about."

Well since then we've had a global pandemic and Sheeran may or may not be about to become a dad. While he may not have got much travelling in, it sounds like there's quite a lot of potential material for new music at least.